Fact Check: No, the annual turnover of Statue of Unity is not thrice of that of Taj Mahal

A post claiming that Statue of Unity's annual turnover is three times that of the Taj Mahal is doing rounds on social media.

The Statue of Unity is World's tallest statue and dedicated to India's first Home Minister, Sardar Vallabhbhai Patel. The 182 meters tall statue was inaugurated by Prime Minister Narendra Modi on October 31, 2018, amid criticism from various quarters over the exorbitant amount of money spent to build the monument.

As the gigantic monument turned one, a number of unverified and false claims surfaced on social media. The viral post claims that the turnover of Statue of Unity is thrice than that of the World's seventh wonder, Taj Mahal.

A Facebook page named Facebook named Global Hindus’ shared the post which stated some figures to claim that the Statue of Unity attracted more tourists and earned thrice the Taj Mahal’s average annual turnover in 2019. 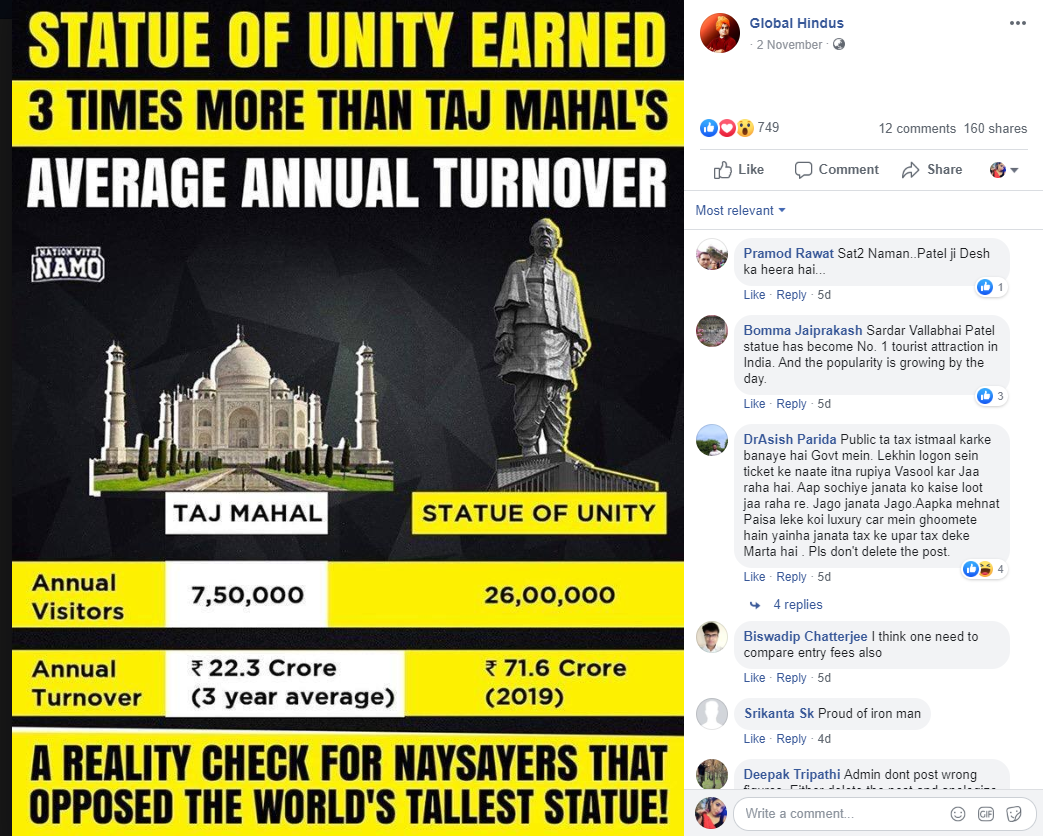 One important fact here is that the ticket structure and prices of both the monuments are different, which makes a comparison between the turnover futile. Here you can find more information about The Taj Mahal and Statue of Unity.

To substantiate this claim, we started our investigation. We found a document by the Ministry of Culture, where details of all the monuments in India were mentioned. 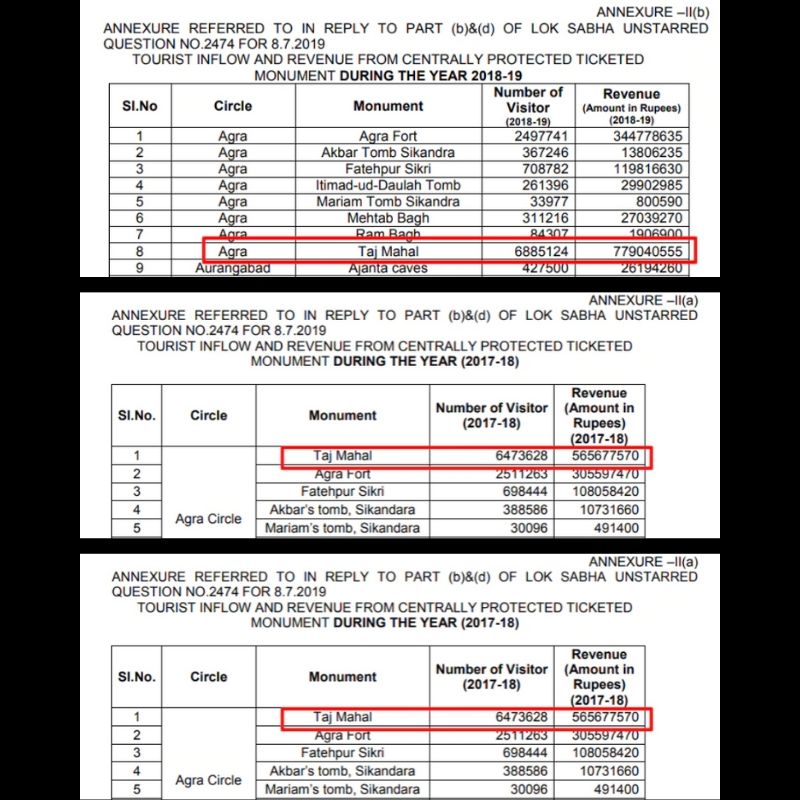 Hence, making the average turnover of the Taj Mahal in the last three years is Rs 61.4 Crore, much more than double the revenue mentioned in the viral post.

On the other hand, the claim about the revenue generated by The Statue of Unity is true. According to a report by Times of India published on October 23, 2019, the monument generated Rs 71.66 Crore with more than 26 lakh visitors.

We also found a report by Boom, according to which the monument generated Rs 52.6 Crore in 9 months with 19 lakh visitors.

Therefore, we can conclude that the viral post contains false figures about average visitors and turnover of The Taj Mahal to mislead people.