Fact Check: No, Rajiv and Rahul Gandhi did not read kalma at the funeral of Indira Gandhi 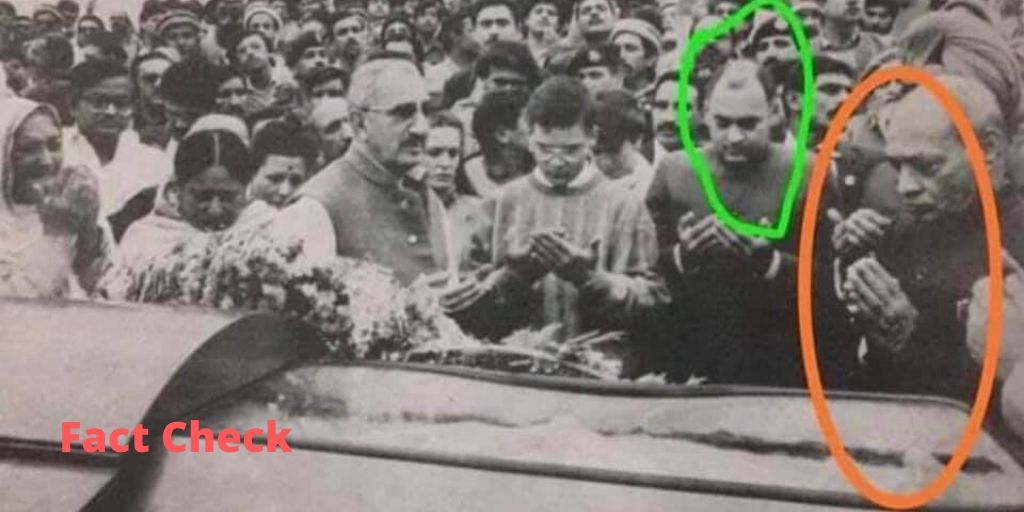 A picture was widely shared on social media on 31st October, which marks the death anniversary of former Prime Minister Indira Gandhi. This black and white picture was being shared with a claim that it was taken on the day of Indira Gandhi's funeral, and Rajiv and Rahul Gandhi are praying and reading out kalma( Islamic prayers) in front of Indira Gandhi’s dead body.

Former Prime Minister Narsimha Rao can also be spotted in the picture along with other congress members. Rahul and Rajiv Gandhi have been highlighted in the image.

The post also has a message in Hindi that can be roughly translated to, "Rahul and Rajiv Gandhi are reading 'kalma', but even then the people of our country think they are Brahmins." 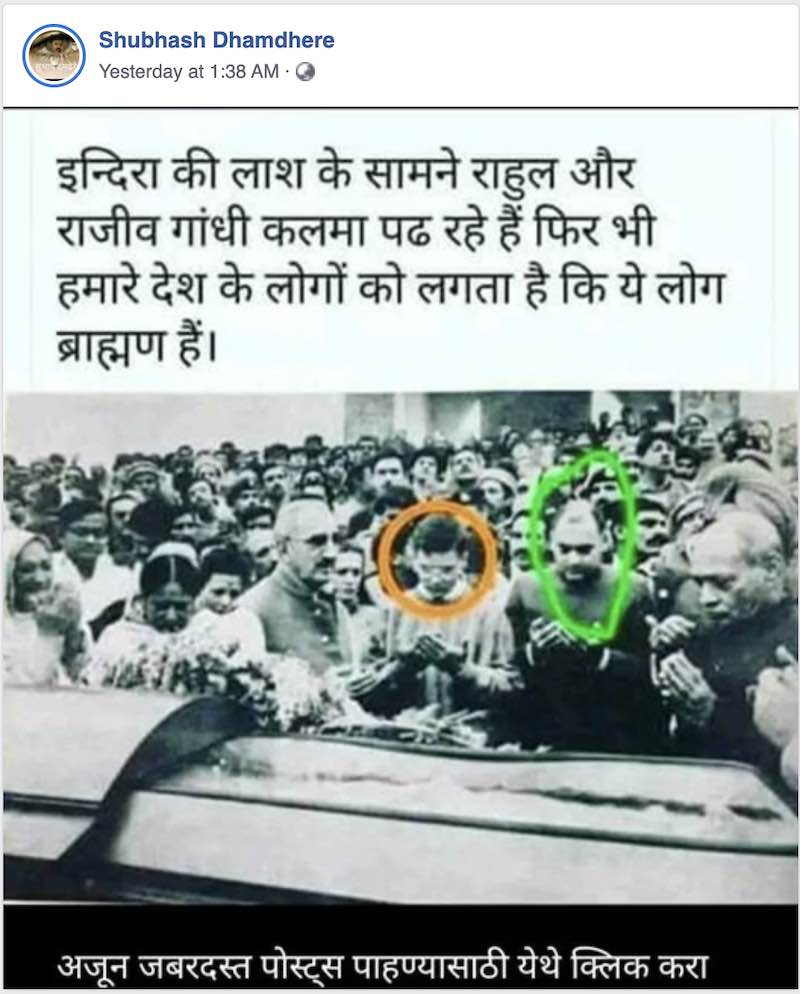 In our investigation, we found out that this viral image is not of former PM Indira Gandhi’s funeral, but the funeral of Afghan leader, Khan Abdul Ghaffar Khan, who was a freedom fighter and is better known as Frontier Gandhi’ or Bacha Khan.

When we searched this picture by google reverse image, we found a tweet by Mohsin Dawar, who is a member of the National Assembly of Pakistan. He shared this picture along with a caption, "Rajeev Gandhi, Sonia Gandhi and Narsihma Rao at Bacha Khan's funeral Pic from #BachakhanAwKhudaiKhidmatgari." 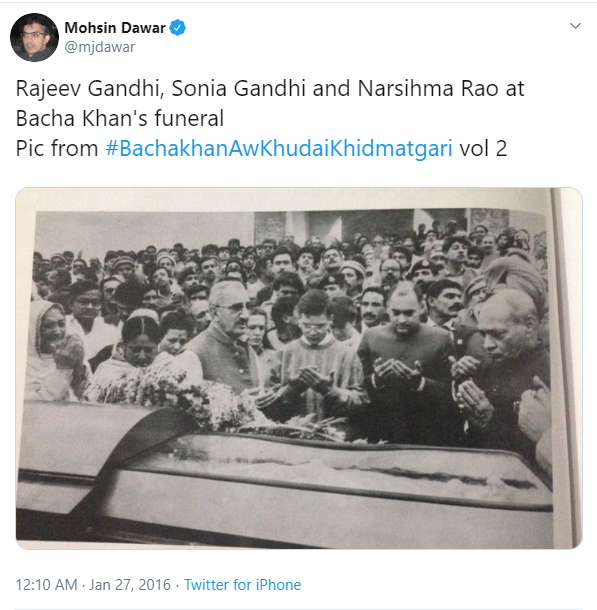 This picture was also uploaded on skyscrapercity.com.

This post had resurfaced on social media many times in the past as well. In February 2019, the same claim was debunked by  The Print and Boom.

We also found news articles including those from the New York Times. and LA Times, which confirm Rajiv Gandhi attended Bacha Khan’s funeral along with a few members of his cabinet and family. Bacha Khan had died Peshwar on January 20, 1988.

Indira Gandhi died on October 31, 1984 and her last rites were performed according to Hindu rituals. Her funeral can be seen in here in this video.

Hence, we can conclude that Rajiv and Rahul Gandhi did not read kalma at Indira Gandhi's funeral, and Khan Abdul Ghaffar Khan's funeral picture is being shared with a misleading claim.