Fact Check: viral claim regarding imposition of strict communication guidelines ahead of Ayodhya verdict is fake 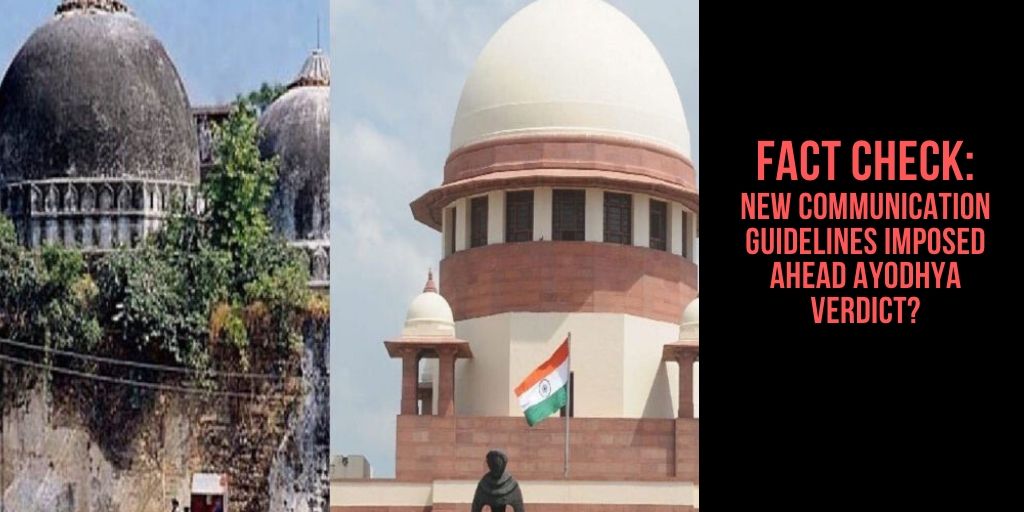 Recently, a message was widely shared on Facebook and Twitter with a claim that ‘new communication’ guidelines will be enforced resulting in strict surveillance of WhatsApp and social media ahead of the closely-watched verdict in the Ram Janmabhoomi-Babri Masjid case. As soon as the viral message became viral, Ayodhya Police debunked these claims through twitter. Therefore, we can conclude that the viral message about new communication guidelines is false.

As the date of much-awaited Ayodhya verdict is coming close, many unverified claims have started doing rounds on social media.

Recently, a message was widely shared on Facebook and Twitter with a claim that ‘new communication’ guidelines will be enforced resulting in strict surveillance of WhatsApp and social media ahead of the closely-watched verdict in the Ram Janmabhoomi-Babri Masjid case. The message also states that the government is recording phone calls and that ‘devices’ have been connected to the ministry’s systems.

This message was shared by a Facebook page named ‘Sree Ram Sena Hindu Ekta Dal’, which has now been removed. 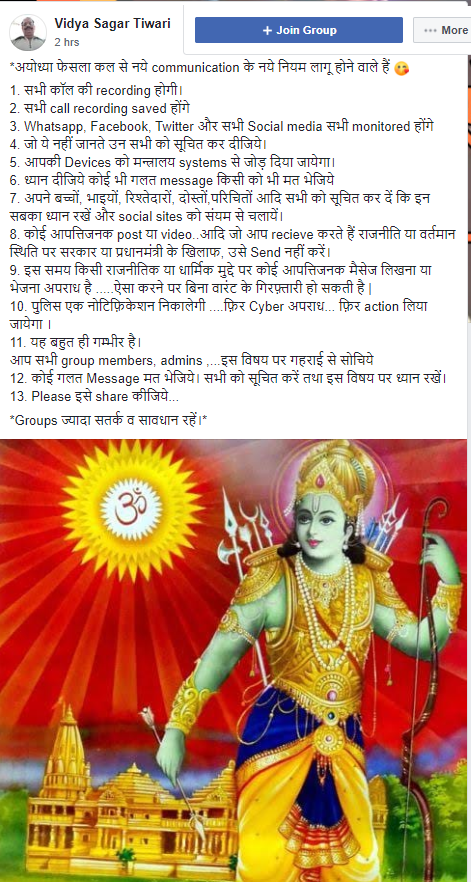 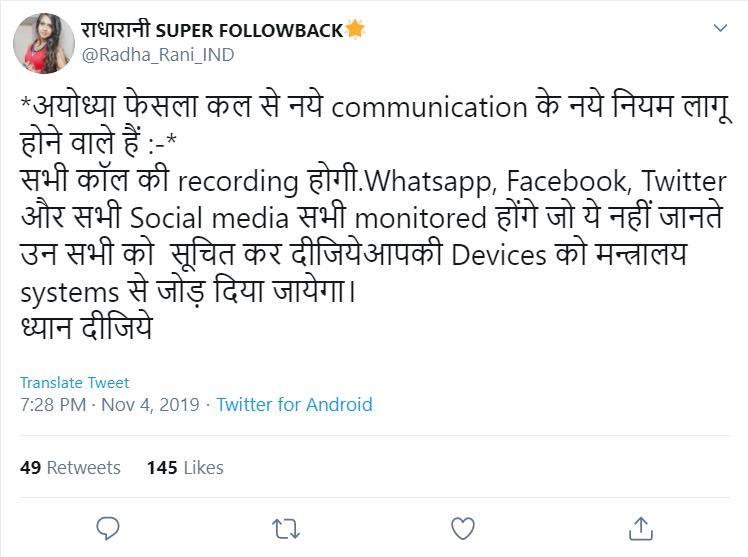 The viral message is in Hindi, which can be roughly translated to the following:

From tomorrow, new communication rules will be enforced ahead of the Ayodhya verdict:

Groups should be more aware and alert

As soon as the viral message became viral, Ayodhya Police debunked these claims through twitter. 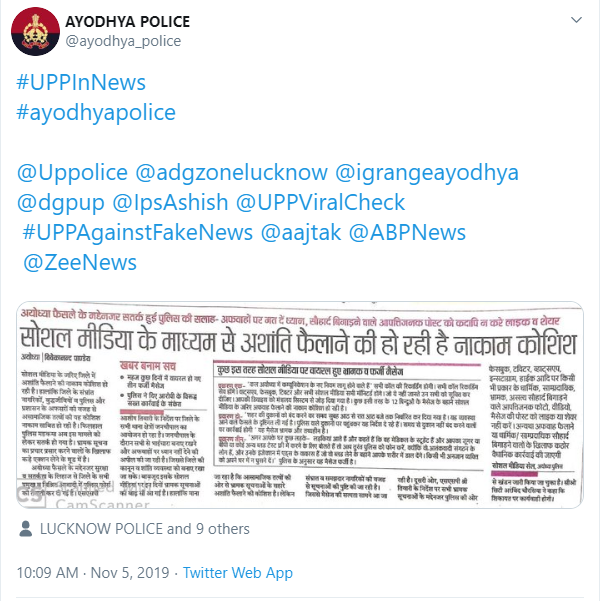 A directive was issued by the District Magistrate of Ayodhya against posting inflammatory messages on the internet, which could disturb communal harmony. The directive will stay in force till December 28, 2019, reported by ANI UP. 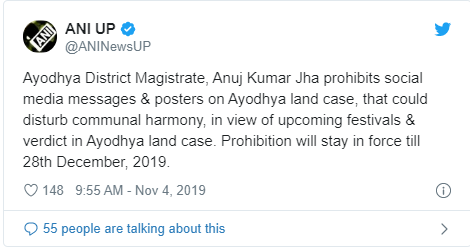 India Today also reported the directive which extends to public gatherings, events, and debates. Extract of the directive can be read here.

Therefore, we can conclude that the viral message about new communication guidelines is false.

The verdict in the contentious Ram Janmabhoomi dispute is expected to be announced in a few days (between 4-15 November) before the retirement of CJI Ranjan Gogoi, and primarily involves the Nirmohi Akhara, Ram Lalla Virajman represented by the Hindu Mahasabha and the Sunni Waqf Board and. Authorities and law enforcement agencies fear the verdict of the decade long dispute could be a flashpoint between the two communities.