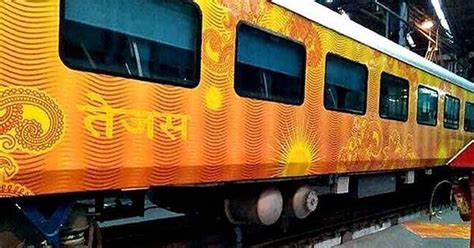 The viral claim that 24 passengers fell sick due to bad food in Tejas Express is FALSE. The incident is of  2017 when 25 people fell ill in the Tejas train due to eating their own food, and railways food were not spoiled.

Ever since India’s first semi-high speed fully air-conditioned train, Tejas Express started running between Delhi and Lucknow, it has become a point of discussion on social media.

A  Facebook page name Priyanka Gandi- Future Of India shared a post on Facebook with a claim that "This is the best train in the country". In the post, a picture of Tejas Express along with food served in it can be seen, with a message written on it, "Tejas Express is meeting with death. Passengers are suffering due to Tejas food and 3 passengers fighting life and death in ICU". 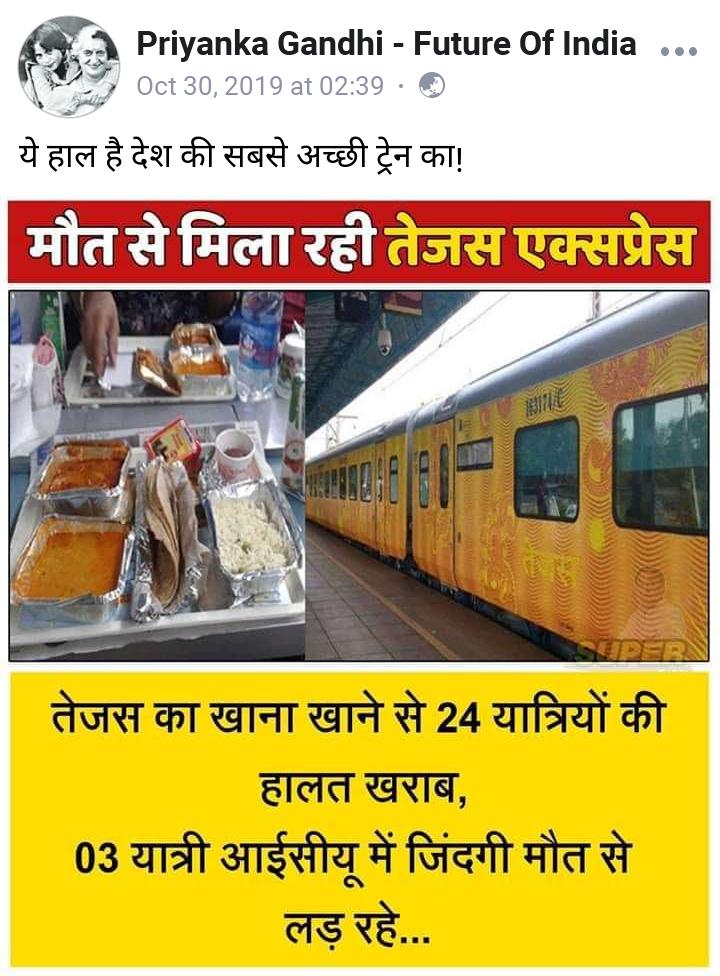 This viral post received more than 820 likes and 343 shares at the time of writing this article.

We began our search on google by using keywords "Passengers" "Sick" "Tejas" for investigation and found that the post is being shared with a misleading claim. This incident took place in 2017, at that time some passengers had complained of ill health after consuming food on Mumbai-bound Tejas Express from Goa, but no one was admitted to the ICU.

According to a report published in October 2017, at least 26 people aboard the Tejas Express fallen ill after consuming food served by the Indian Railway Catering and Tourism Corporation (IRCTC), the Konkan Railways said. The train was stopped at the Chiplun station and all 26 people were admitted to the city’s Life Care Hospital and but were not in serious condition.

Following the incident, a proper investigation was set up in this matter and the Railway also submitted a report which said that no one had become ill due to railway food. Some people traveling together were ill, who were eating their own food, and all the people in the coach fell sick due to the vomiting of two children on the train. The Chairman of IRCTC Mahendra Pratap Malla said that there was no malfunction in the catering service. A group of people from West Bengal had been roaming for 15–17 days. They used to cook their own food. ”He said that there was something wrong with the food they cooked and the breakfast supplied from the base kitchen of Madgaon was served to 230 passengers. The rest of the passengers did not complain. He added that when 2-3 people of the group started vomiting, the rest was psychologically affected." 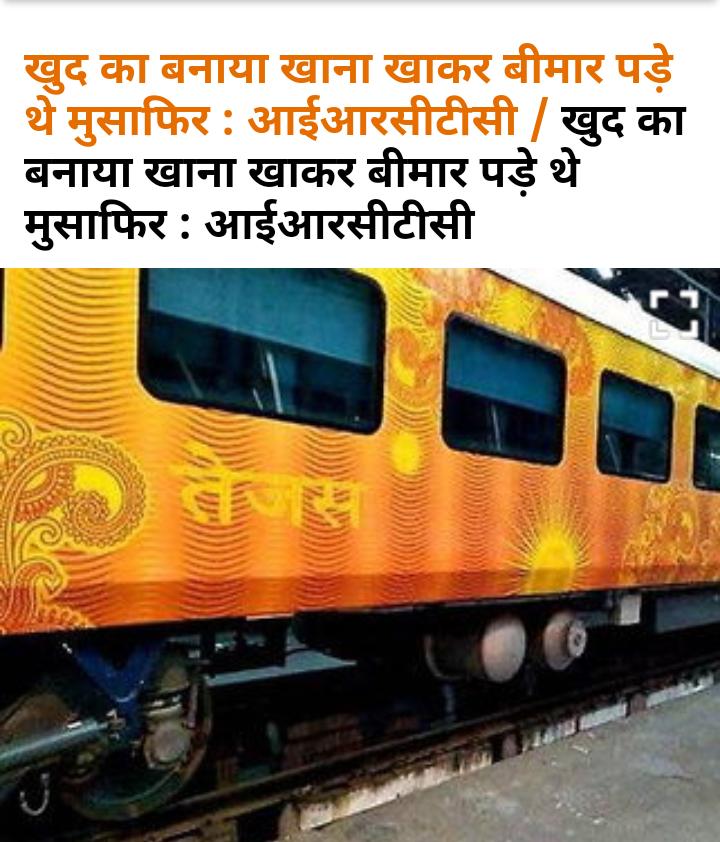 Conclusion, the viral claim that 24 passengers fell sick due to bad food in Tejas Express is FALSE. The incident is of  2017 when 25 people fell ill in the Tejas train due to eating their own food, and railways food were not spoiled.