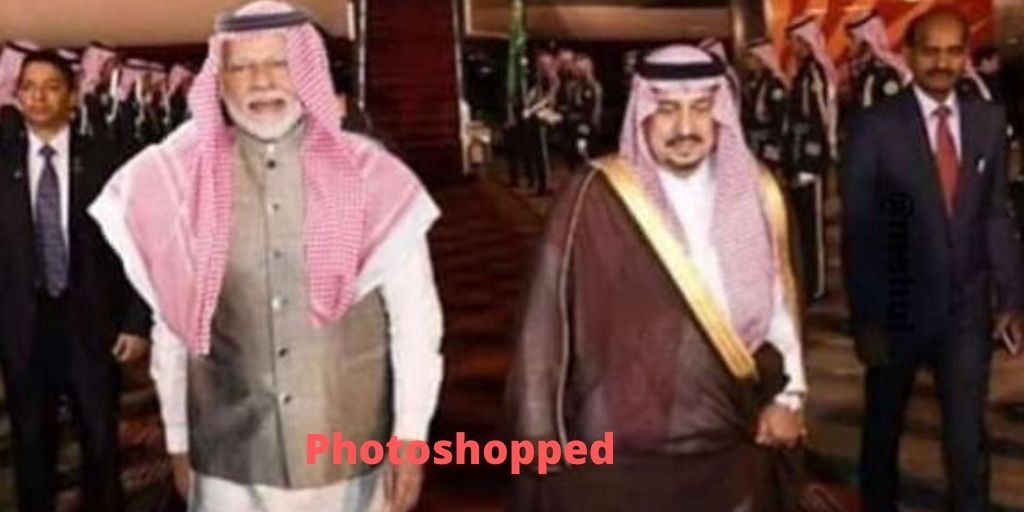 Recently,  Prime Minister Narendra Modi visited Saudi Arabia with an aim to boost bilateral ties between the two countries in key sectors, including energy and finance. After that picture of PM Modi wearing a traditional Arab headdress is getting viral on social media.

A Facebook page name I.T & Social Media Cell Congress shared a picture of PM Modi with a caption “Bhakto you boycott Muslims but look at your father". (Modi) { Roughly translated from Hindi} 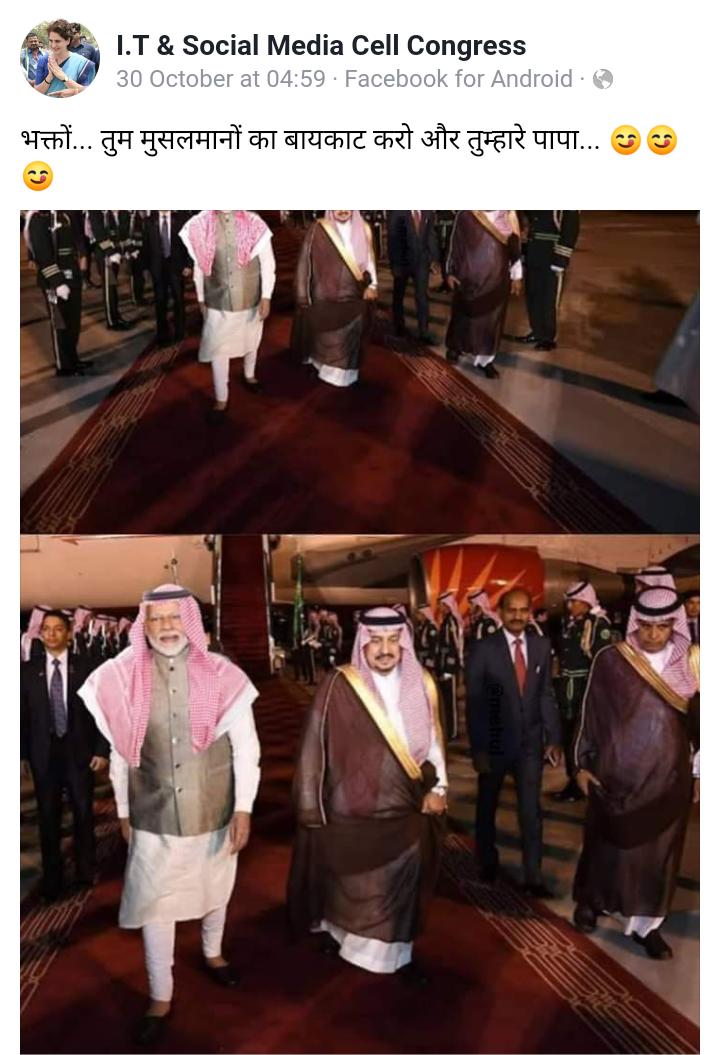 The viral picture received more than 1000 likes and more than 530 shares at the time of writing this article.

The same picture is also shared on Twitter by a user Nasir M. Mujawar with the same caption. 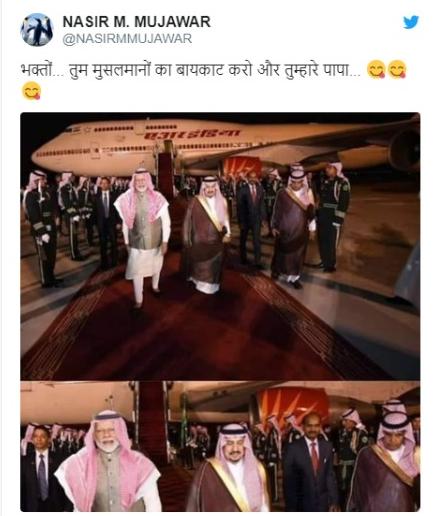 In the investigation, we found that the viral picture has been prepared with the help of photoshop. In the real picture, PM Modi has not worn anything on the head.

We got a tweet from Prime Minister Narendra Modi dated 29th October, in which he shared some pictures of the Saudi Arabian capital Riyadh after landing at King Khalid International Airport. The caption reads, "Landed in the Kingdom of Saudi Arabia, marking the start of an important visit aimed at strengthening ties with a valued friend. Will be taking part in a wide range of programs during this visit". 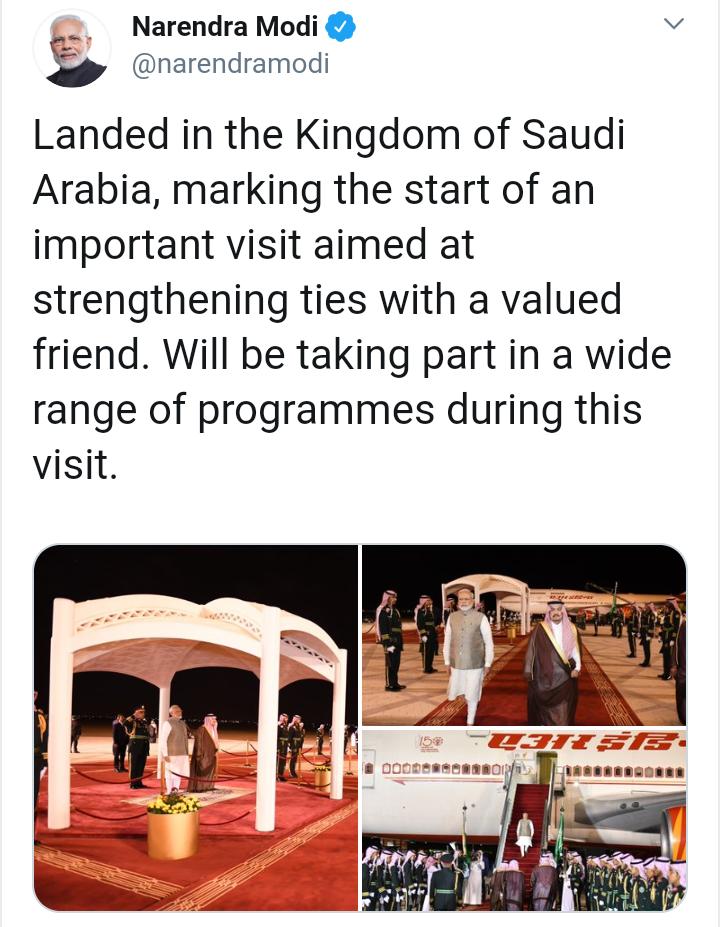 The viral picture has been created by photoshopping one of these photos. We compared both the viral and original images and found that PM Modi was not wearing anything on the head. 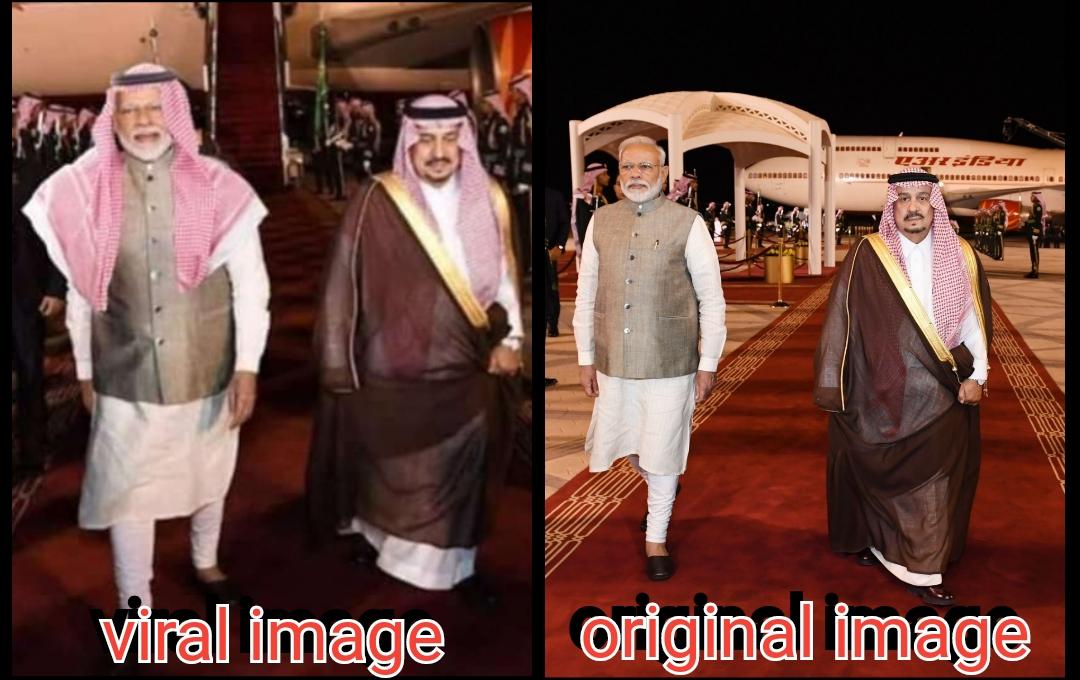 In conclusion, the viral image showing PM Modi is wearing a traditional Arab headdress is photoshopped.