No, Manoj Tiwari did not go to pray in the mosque after the bad performance of BJP in Haryana election

The viral claim is false that Manoj Tiwari went to pray in the mosque after the bad performance of BJP in Haryana election. The viral video is 1 year old when he visited Baba Nizamuddin Auliya dargah.

A video of BJP leader Manoj Tiwari is going viral on social media in which he is seen offering chadar at a dargah. It is being claimed that after BJP did not perform as expected in the Haryana elections, Manoj Tiwari arrived to pray in the mosque.

A facebook user name Mritunjay Kumar Singh posts a video with a claim "Where the younger father of bhakts is going. Manoj Tiwari is turning to the Mosque after seeing the poor condition of BJP in Haryana". (Roughly translated from Hindi). 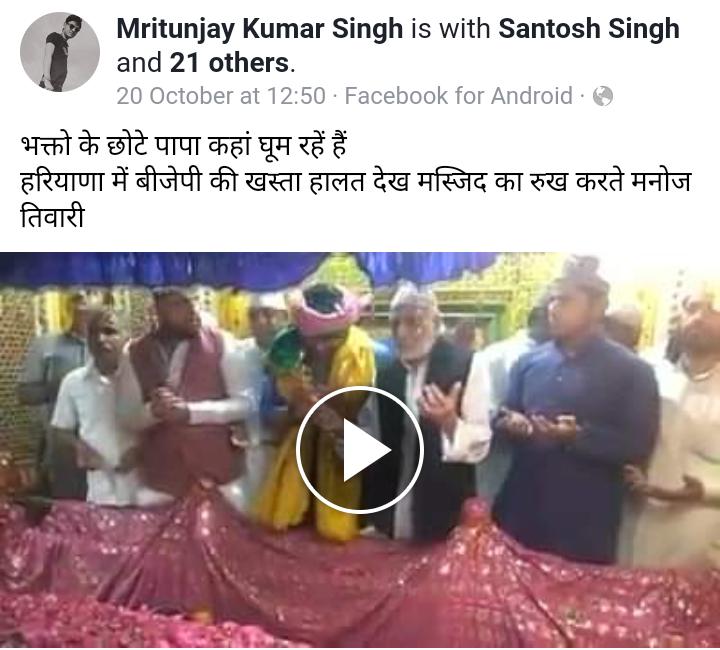 The post received 392 likes and 4200 shares at the time of writing this article.

In the investigation, we searched on Google by using the keyword 'Manoj Tiwari in Dargah' and we got a tweet from Manoj Tiwari. He had tweeted on 14th June 2018, in which he shared four pictures inside the dargah, captioned: "Your Manoj Tiwari in Baba Nizamuddin Auliya's court ." 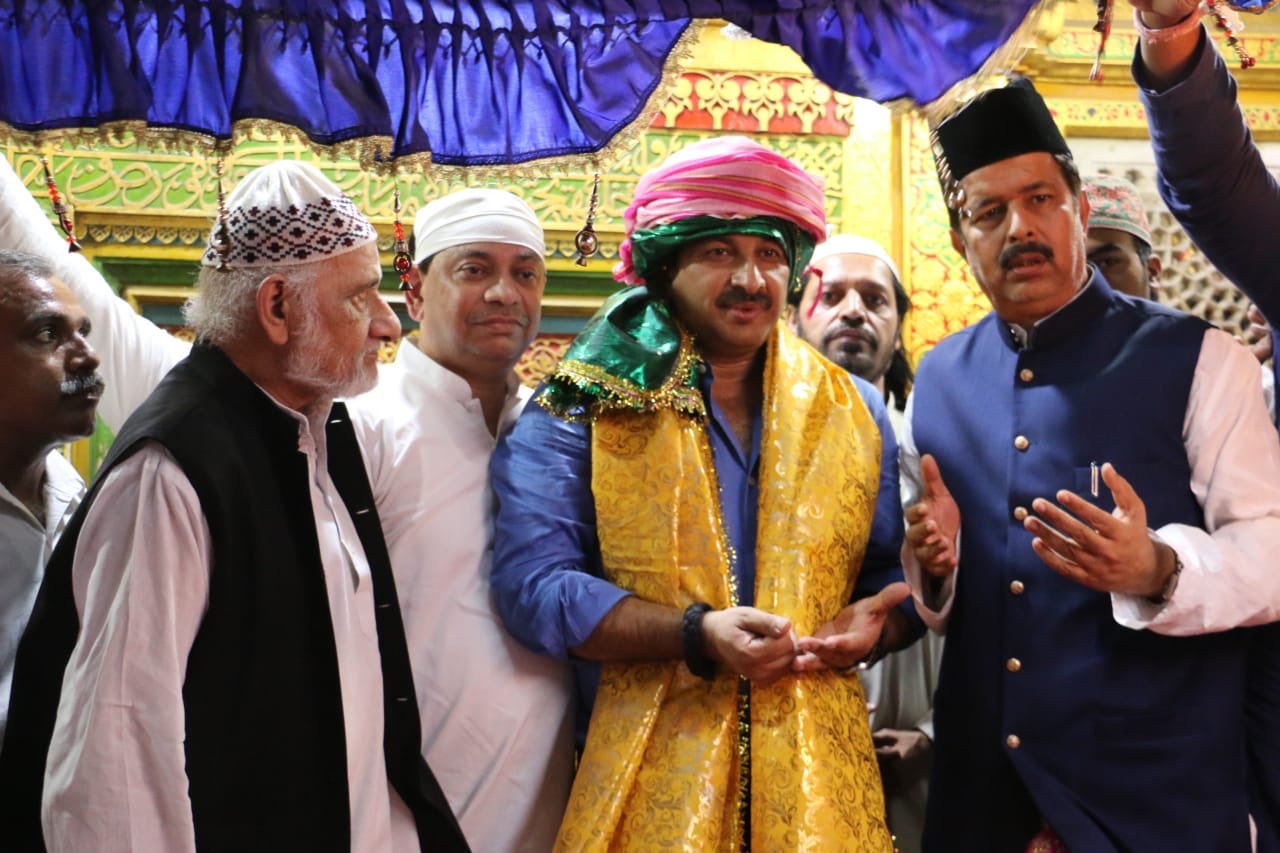 The picture tweeted by Manoj Tiwari

We also got a Facebook link with Manoj Tiwari's tweet. The link was taken to Manoj Tiwari's video on Facebook which was uploaded on 14 June 2018. This video was posted with a caption: "Baba Nizamuddin Auliya, the court in Delhi .. attended Iftar… distribute fruits to the people .. pray for the progress of the country and the happiness of Delhi .. many Loves was also received by the people who had invited and also by those who came to the court". 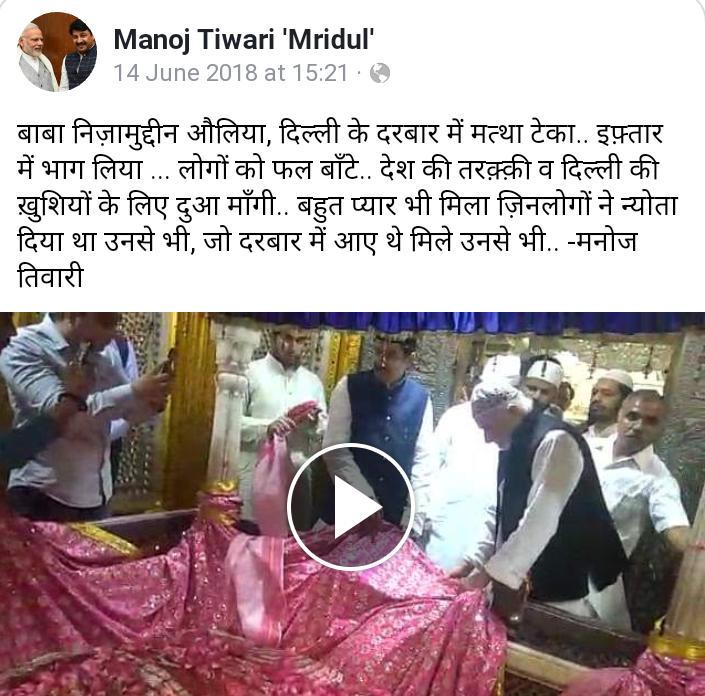 The part of the video that is going viral on this link can be seen from 2.19 minutes.

Conclusion, the viral claim is false that Manoj Tiwari went to pray in the mosque after the bad performance of BJP in Haryana election. The viral video is 1 year old.