Fact Check: No, Asaduddin Owaisi did not dance after kamlesh Tiwari murder 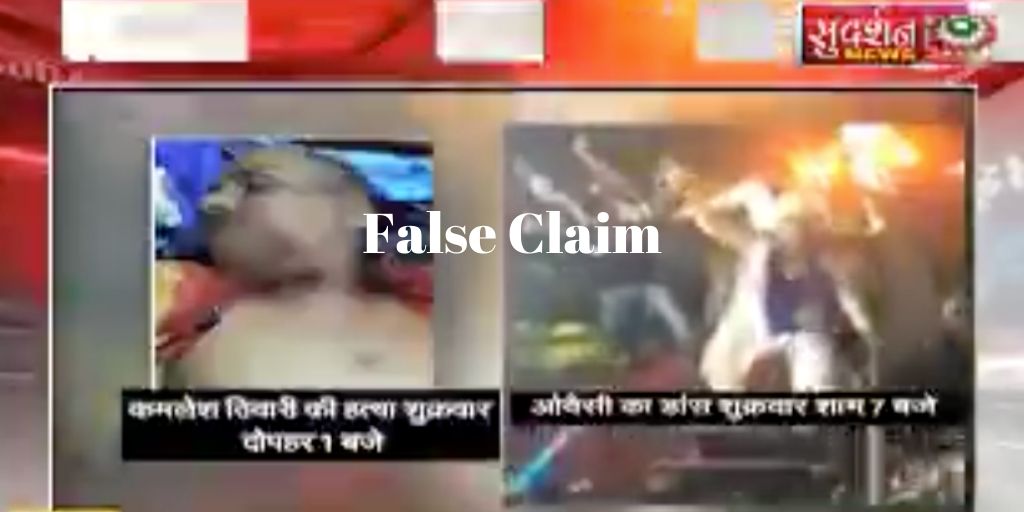 The claim of Sudarshan TV that AIMIM Chief Asaduddin Owaisi danced after the death of Kamlesh Tiwari is false. However, it is true that Owaisi had earlier threatened Kamlesh Tiwari and called him a dog for his 2015 statement which allegedly insulted Prophet Muhammad

On Oct 20, Suresh Chavhanke, the editor in chief of Sudarshan News tweeted a 1.33 minutes clip of his show Bindaas Bol claiming that Asaduddin Owaisi was seen dancing after the murder of Kamlesh Tiwari.

The caption of his tweet reads, “Owaisi, who mourns the death of thieves and terrorists, dances after the sacrifice of Kamlesh Tiwari. It felt as if one of his mission was successful. Don’t know how many more Kamlesh Tiwari will die if Owaisi remains outside.” 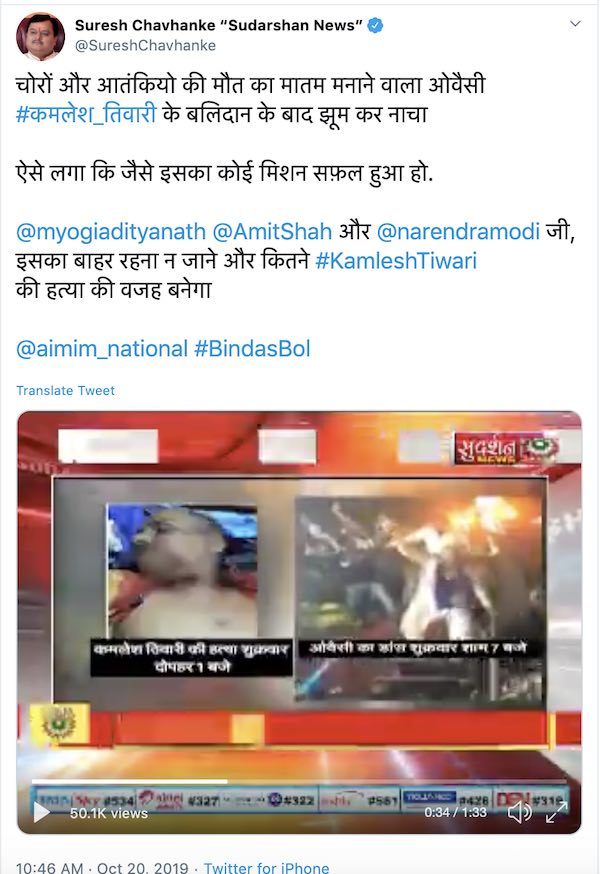 You can watch the clip here:

In the clip, Chavhanke claimed that Owaisi had earlier called for Kamlesh Tiwari's assassination for insulting Prophet Muhammad. So, he should be arrested.

The video clip is viral on Facebook as well.

The video clip of AIMIM Chief Asaduddin Owaisi used by Sudarshan TV was recorded a day before Kamlesh Tiwari's death. The clip was uploaded by news agency ANI on October 18. However, the date mentioned in the tweet implies that the video was shot on 17th Oct.

The tweet reads, "Maharashtra: AIMIM Chief Asaduddin Owaisi performs a dance step after the end of his rally at Paithan Gate in Aurangabad. (17.10.2019)". 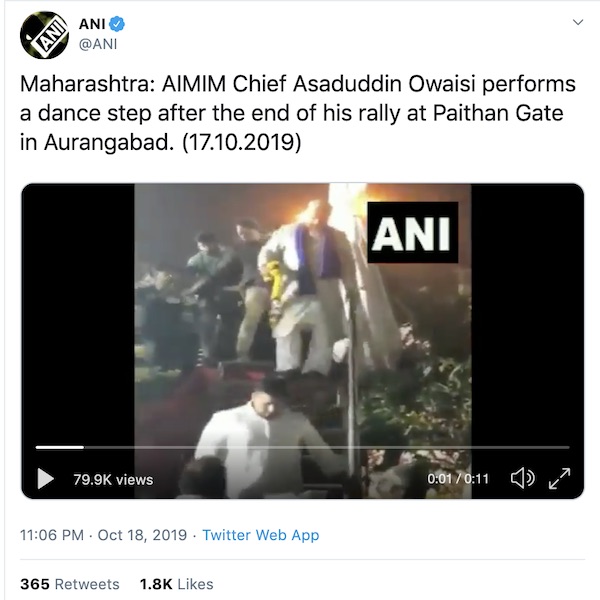 You can watch the clip shared by ANI here:

According to media reports, Asaduddin Owaisi later clarified that he was not dancing in the video but was enacting the action of flying a 'kite', his party’s symbol.

However, Kamlesh Tiwari was murdered on Oct 18 as per media reports.  According to police, two accused - Ashfaq Hussain (34) and Moinuddin Pathan (27) met Kamlesh Tiwari at his Lucknow home on October 18 on the pretext of gifting Diwali sweets and discussing political matters. However, once he was inside his home, the accused allegedly slit his throat and shot him before escaping.

They left behind the sweet box at the murder spot, which had a label of a Surat-based sweet shop and a bill inside it. That's how Gujarat ATS got involved in the case.

In the video, Owaisi could be heard saying whoever dares to speak anything against Rasalullah is haram as per Quran. “Woh zaalim, woh kutta jo Uttar Pradesh mein baith kar Allah ki shaan mein gustakhi kiya, yaad rakh. Tu aaj jail main hai magar duniya tere liye chuhe ki bil ki tarah ban jayegi. (That dog who is sitting in Uttar Pradesh and insulting Allah, remember. You are safe in jail but the world will become a rat’s hole for you)”. He further threatens that by speaking against the Rasalullah, you (Kamlesh Tiwari) have invited your own doom.

You can watch the clip here (Note: the clip is in Hindi)

Conclusion: The claim of Sudarshan TV that AIMIM Chief Asaduddin Owaisi danced after the death of Kamlesh Tiwari is false. However, it is true that Owaisi had earlier threatened Kamlesh Tiwari and called him a dog for his 2015 statement which allegedly insulted Prophet Muhammad.