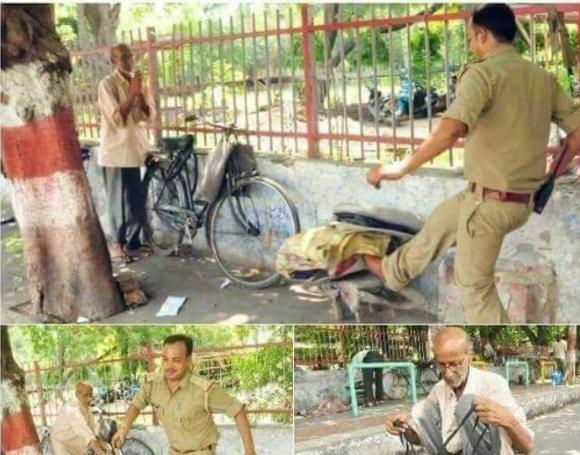 The picture showing a cop breaking an old man's typewriter is four years old. The cop was suspended and UP Police gave him a new typewriter after the pictures went viral on social media in 2015.

Bollywood lyricist and screenwriter Javed Akhtar tweets an image in which a cop is breaking an old man’s typewriter. He writes, "This old man used to type the job applications of unemployed people. His typewriter is now beyond repair". 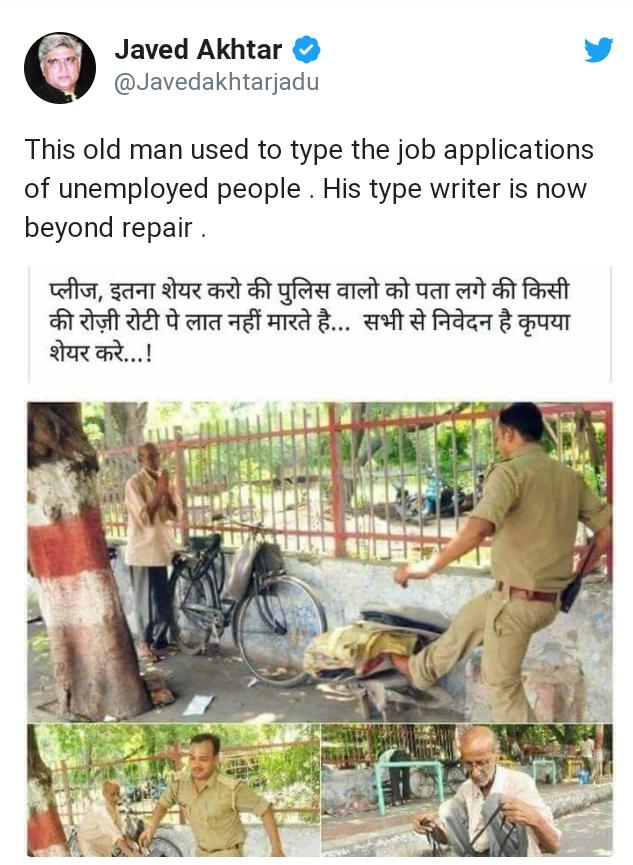 Here is the full picture shared by Javed Akhtar. 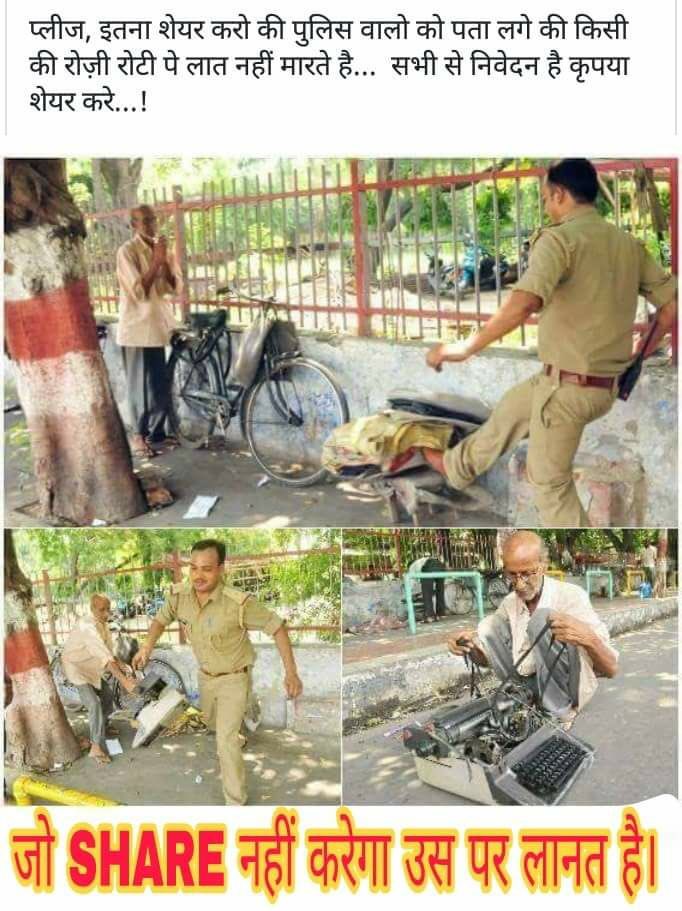 In the investigation, we found that these pictures are at least four years old. It was viral in 2015 when a police officer mistreated a typewriter name Krishana Kumar and broke his typewriter in Uttar Pradesh.

We found a report published in September 2015 in which we can see the same set of images. The photographs were clicked by a photo journalist while passing through the area.

According to news reports, in Uttar Pradesh, a sub-inspector named Pradeep Kumar kicked and smashed the typewriter of 35 years old man, Krishna Kumar who was sitting outside the General Post Office in Lucknow. He was barely earning Rs. 50 by typing in Hindi on his old typewriter. The policeman smashed the typewriter because Kumar had failed to meet his alleged extortion demands.

After photos of the incident went viral on social media, Uttar Pradesh Chief Minister Akhilesh Yadav ordered the suspension of the sub-inspector. On the instructions of Akhilesh, the DSP and SSP visited Krishna Kumar and handed over a new typewriter. They also apologized to him for the unethical behavior of the policeman.

You can watch the video report of the incident by NDTV here:

In conclusion, the picture showing a cop breaking an old man's typewriter is four years old. The cop was suspended and UP Police gave him a new typewriter after the pictures went viral on social media in 2015.