Fact Check: Has India paid all its dues to World Bank? 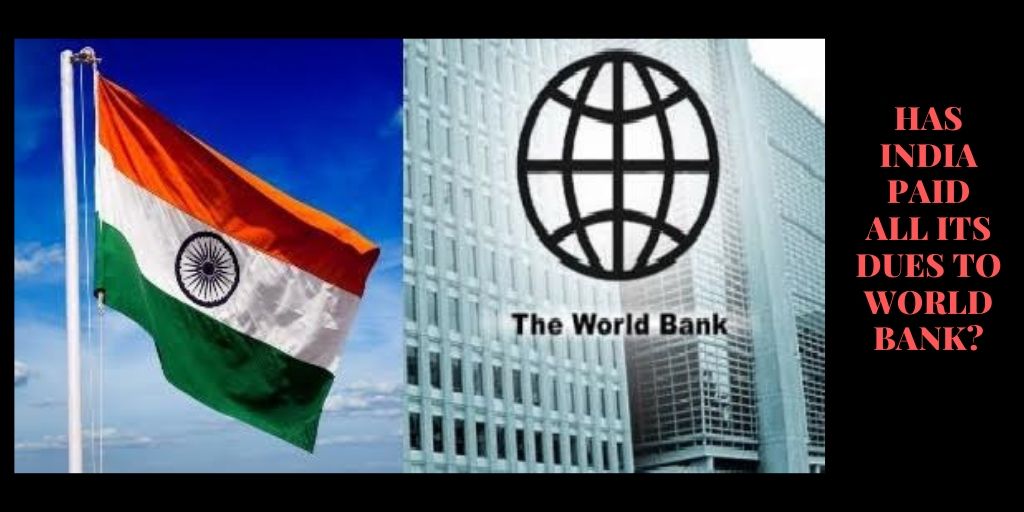 A message along with an image has gone viral on social media which claims that under the NDA government India has paid all its dues to World Bank. The image appears to be a screenshot of a tweet by Syed Akbaruddin, India’s Ambassador to the United Nations. 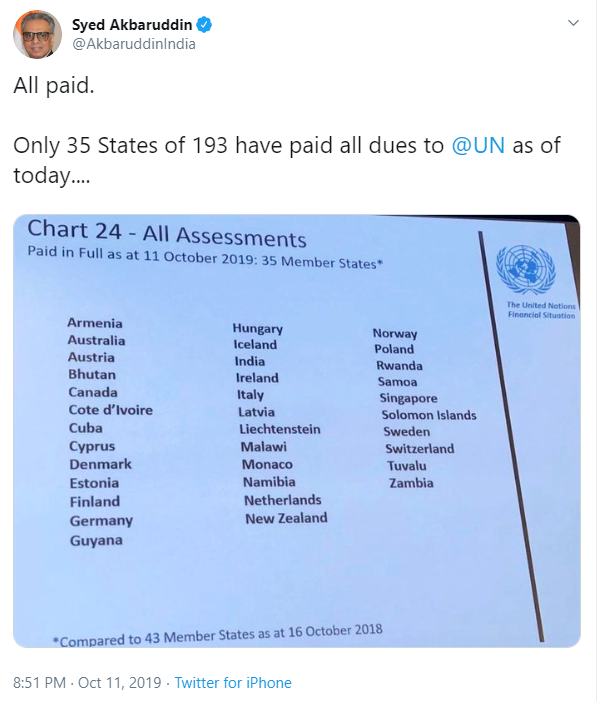 In his tweet, India’s ambassador to the UN has put out a list of nations who have cleared all their dues to the UN, as of now.

However, a false narrative is being promoted by claiming that India has paid its dues to the world bank, which is nowhere mentioned in the tweet by Syed Akbaruddin.

A twitter user named Manojava Gururaj Galgali reshared this tweet with a caption, “Full settlement is done at UN by India (World Bank Loan) who is that fellow who was talking about some economic slowdown in India? #UNLoanCleared #ModiHaiToMumkinHai.” 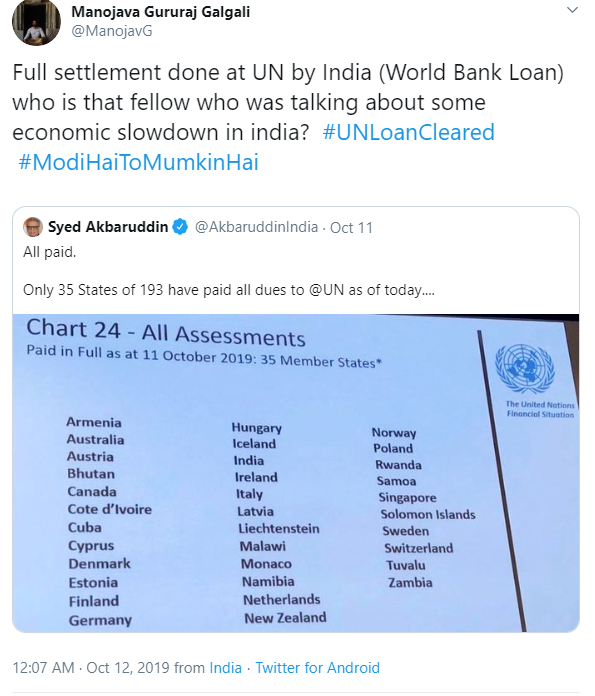 He further tweeted with a caption, "For 70 years India was the biggest borrower at the World Bank, once every Indian born was a debtor, the things which great economists couldn't do, a chaiwala did it, he changed India's & Indian's fate, @narendramodi did it in just 6 years as PM #UNLoanCleared #ModiHaiToMumkinHai.” 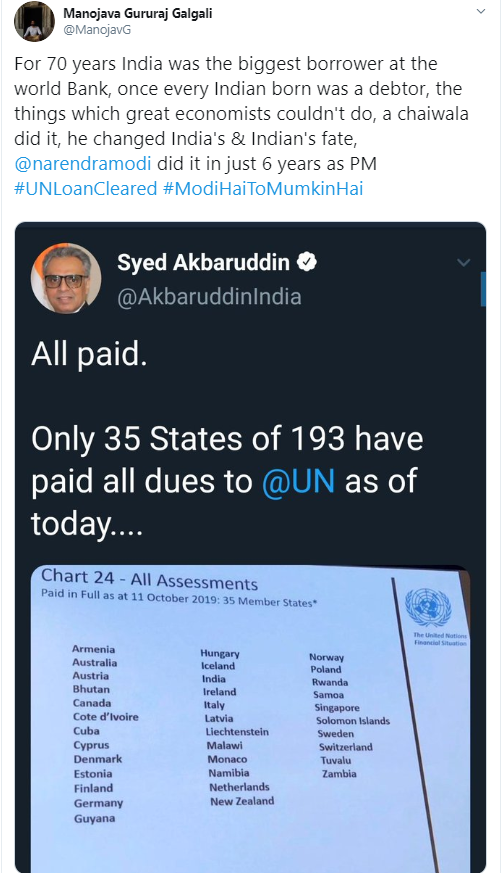 This shared picture was part of a presentation made on the UN’s financial situation, Under-Secretary-General of the UN – Catherine Pollard –.  The picture of the slide was shared by Mr. Akbaruddin as India is part of this list. The presentation can be downloaded here.

After the UN’s Secretary-General, Antonio Guterres said that the organization is cash-strapped, the finances of the UN have been in the news, facing its most severe cash crisis in nearly a decade.

35 countries including India have cleared all its dues to the UN under three budgetary areas:

India has not repaid all the dues to the world bank

And talking about World Bank, according to latest data as of September 30, 2019, India’s total due to the International Bank of Reconstruction and Development (IBRD) and International Development Association (IDA), organizations under World Bank is:

Hence, it can be concluded that Mr. Akbaruddin has tweeted membership dues of the UN which is being misrepresented on Social Media.