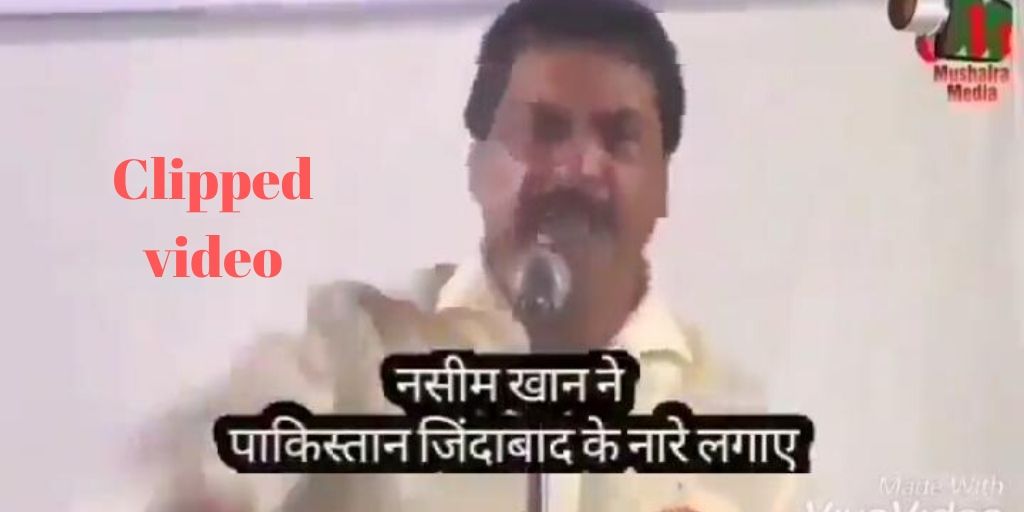 The Maharashtra and Haryana Assembly elections are coming in a few days and the fake news related to this has started coming on social media. Now it has been claimed through a video on social media that Congress MLA Nasim Khan from Chandivali in Mumbai raised slogans of 'Pakistan Zindabad'.

A Twitter user Deepa Trivedi tweet a video in which you can see a person standing on the stage in a packed gathering and saying 'Pakistan Zindabad'. The person is also saying that if Narendra Modi and Rajnath Singh have courage, then file a case of treason against me. Her tweet reads "It is a Naseem Khan, Congress MLA from Chandivali of Mumbai. This bastard is proudly raising slogans of "Pakistan Zindabad" from an open platform, does not understand who votes such people? such dogs should not be spared. Strict action should be taken on such people". (Roughly translated from Hindi) 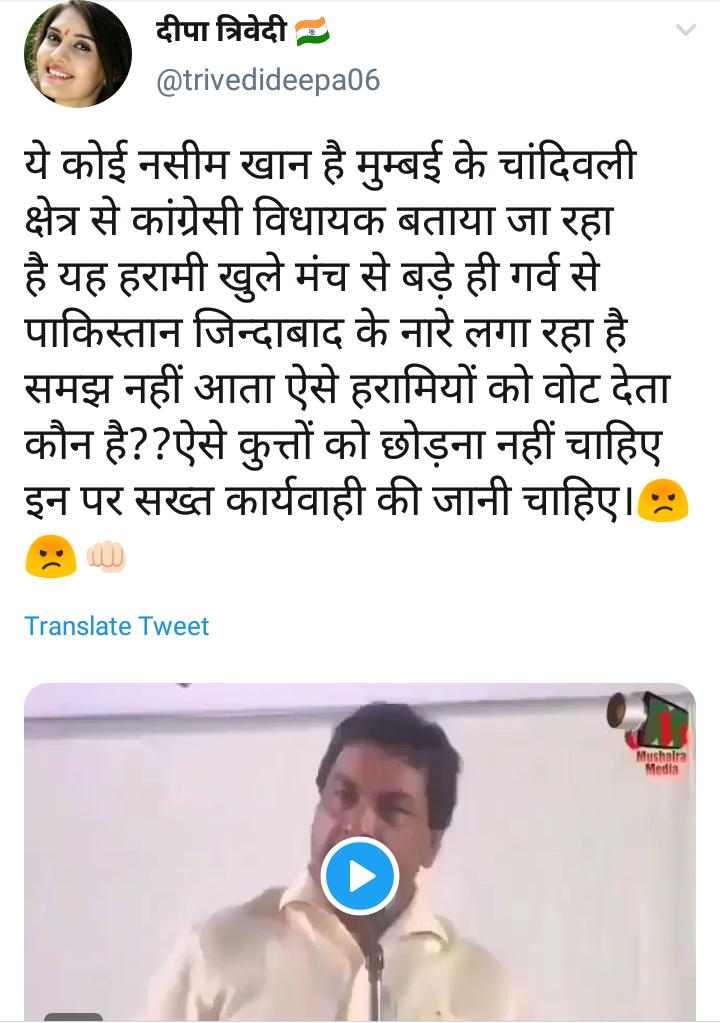 The tweet received more than 800 Retweets and 1,117 likes at the time of writing this article.

The same post is also getting viral on Facebook. A user Vijay Kumar Golla shared the video with a caption "Naseem Khan Congress MLA from Chandiveli sloganeering 'Pakistan Zindabad' on stage. This is the kind of leader Congress keeps and promotes in its party, so think before you vote #MahaMandateWithModi". 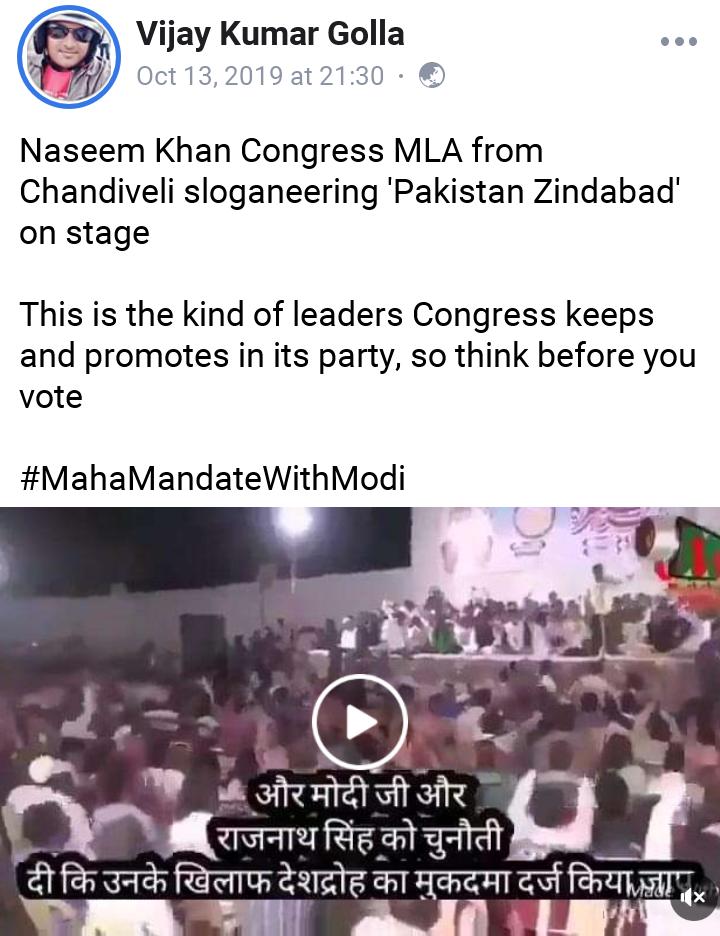 They have registered a case under section 125 of Representation of the People Act 1951 and section 171g (false statement in connection with an election) of the IPC. He said Facebook user tampered with an old video of Khan to malign his image and circulated it on social media, following which the later approached poll authorities.

The original video is shared by  Mushaira Media on YouTube, this video is from a Sakinaka Mushaira, which was uploaded in June 2016.

In this video, he said ''I want to ask Modi Ji that Shri Shree Ravi Shankar shouted the slogan of Pakistan Zindabad in Delhi on the banks of Yamuna today, whether he will be tried for treason in Rajnath Singh's presence. If there is courage inside Modi Ji, if Rajnath has drunk his mother's milk, then start a case of treason". (The video has been deleted)

In fact, according to media reports, Sri Sri Ravi Shankar had proclaimed Jai Hind and Pakistan Zindabad during the World Culture Festival held on the banks of Yamuna in Delhi in March 2016.  During this time, the Home Minister Rajnath Singh was also present on the stage.