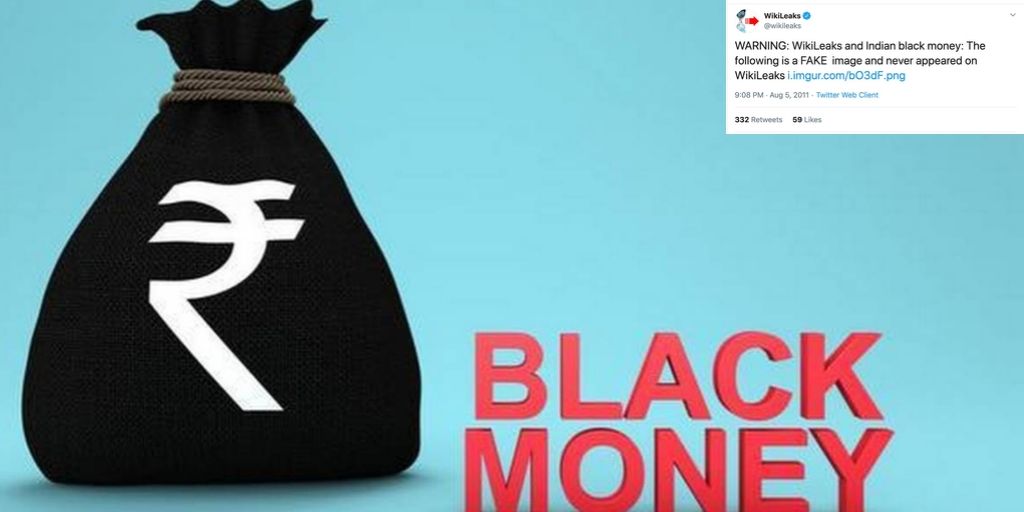 A Facebook user named Shariq Siddiqui Shariq shared a post on October 8th which had information about the amount of black money BJP leaders have in their Swiss Bank accounts. The post further claimed that the given information is revealed in the first list about Indian’s black money in Swiss Bank by ‘Wikileaks’, a website that shares news leaks and classified media. According to the post, the list has names of 24 Indians, including names of RSS chief, Mukesh Ambani, and Essel Group chairman Shubhash Chandra.

The post was originally shared by a Facebook user named Irfan IA on 7th October 2017 and has been shared more than 70 times. 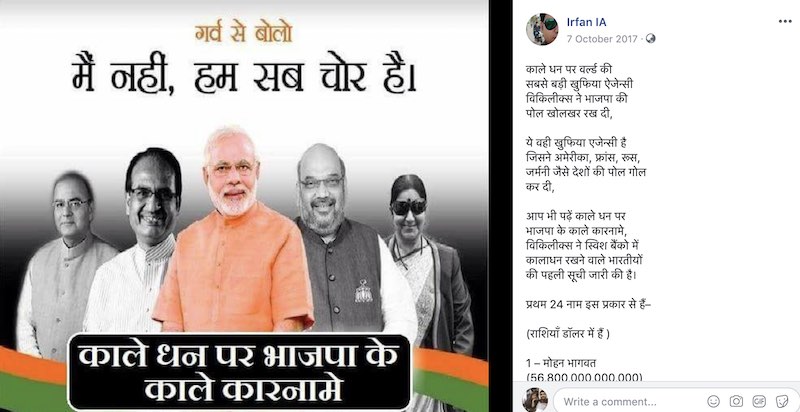 To know the reality of this post, we began our search about any such Wikileaks list. We found an image that claimed to be a Wikileaks list and had names of Indian politicians. However, the image did not have the names of those Indians who are mentioned in the post. The image was uploaded on https://imgur.com/ on 4th August 2011. 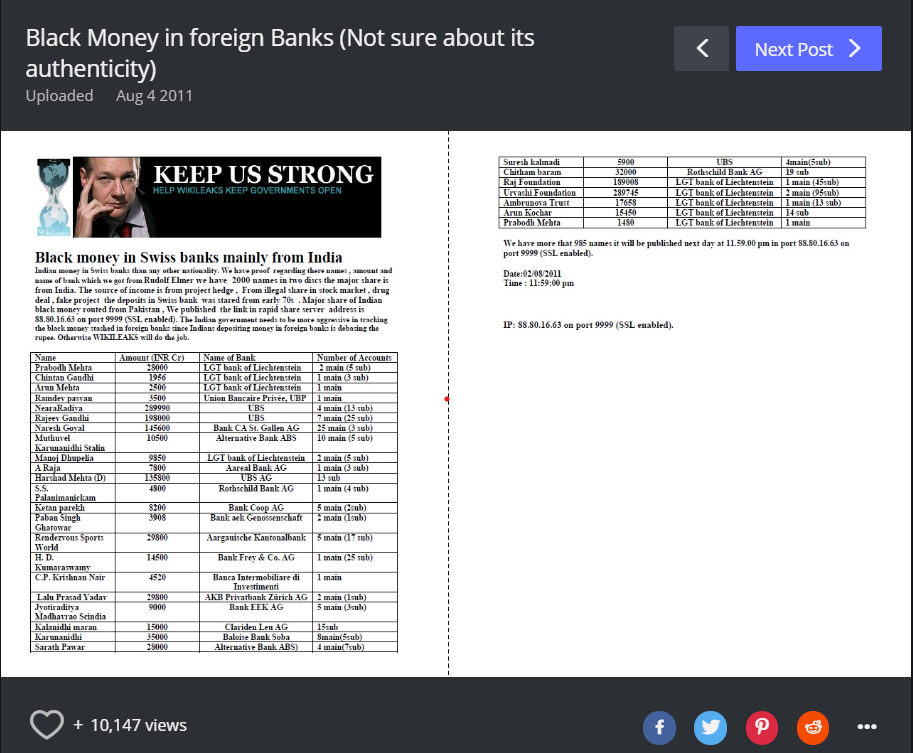 On 5th August 2011, Wikileaks had tweeted a clarification on fake lists on Indian black money being shared on social media.

WARNING: WikiLeaks and Indian black money: The following is a FAKE image and never appeared on WikiLeaks http://i.imgur.com/bO3dF.png

While investigating we came across different versions of social media posts claiming to give information about Indian’s black money in Swiss Banks, revealed by the Wiki leak list. 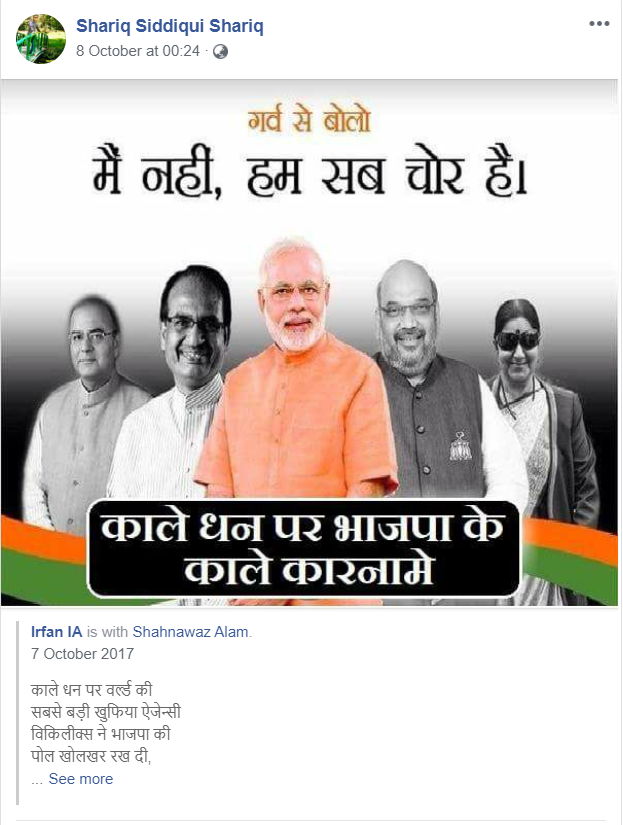 However, we searched on the Wikileaks website with the given keyword and couldn’t find any such list. The original post was shared in October 2017, so we also went through all the stories which were published by Wikileaks in that year, but nothing could be found.

It can be concluded that Wikileaks’s name is being used to give credence to the misinformation that keeps appearing in different versions.