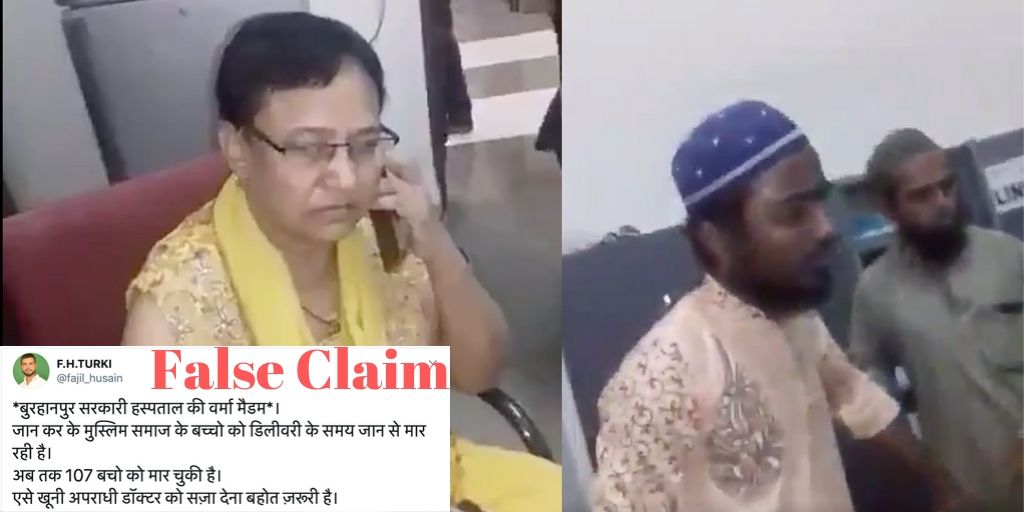 The viral claim is false that Dr. Uma Verma has been intentionally killing Muslim kids in Burhanpur government Hospital, MP.  Even though there are several complaints against her, there is no media report to substantiate the claim that she has killed 107 kids until now.

A Twitter user F.H TURKI tweeted a video with the caption "Dr. Verma of Burhanpur Government Hospital intentionally killing the children of the Muslim community at the time of delivery. She has killed 107 children so far. It is very important to punish such criminal doctors".( Roughly translated from Hindi). 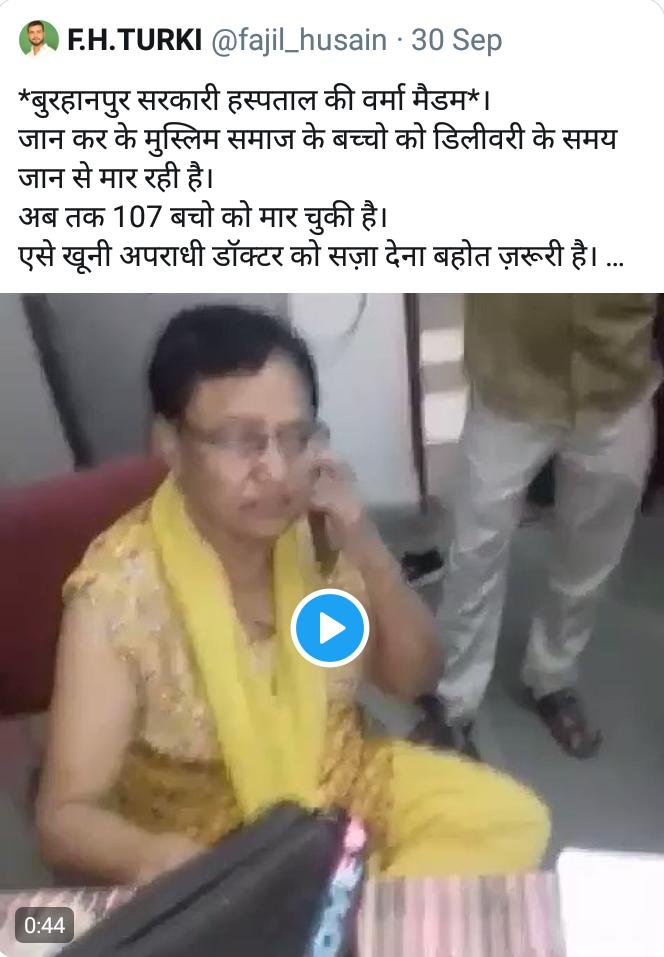 The tweet received 1,152 views and 260 likes at the time of writing this article. The claim is viral on Facebook as well. The exact message has been shared by several pages, individual users and groups. You can see all such posts here. 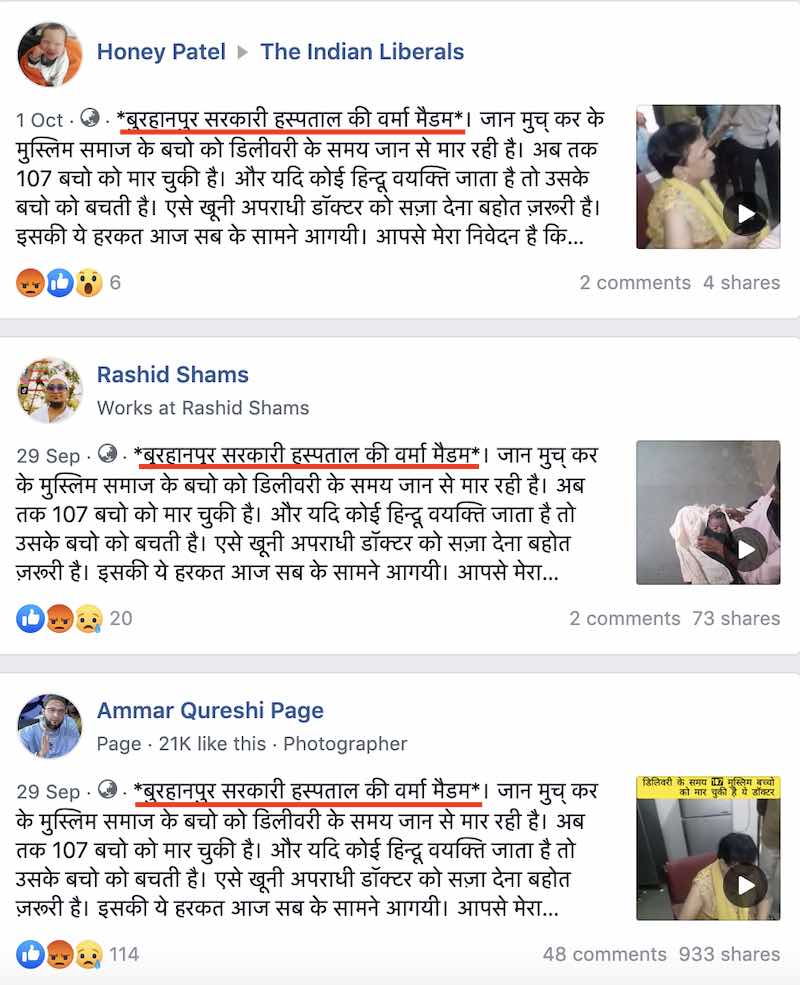 In the investigation, we found that the viral claim is false that Dr.Uma Verma is intentionally killing Muslim kids in Burhanpur government Hospital. We found a video on youtube published by News LiveMP on 27 Sep 2019.

According to the report, it's a case of bribery & negligence in treatment by the Doctor. Newborn died during maternity caesar operation. After which the family protested in the operation theater. The police and the in-charge civil surgeon doctor arrived on the spot as soon as the news came to their light. This incident is from the district hospital of the Lalbagh police station area.

We also find a report published by Danik Bhaskar dated 28th September 2019. According to the report, Dr. Prateek Navalkhe, Civil Surgeon and RMO in charge saw the woman's sonography report and told the family that the newborn had died in the stomach.

However, according to the family, the doctor delayed the operation due to money which may be resulted in the death of the child.

Many Cases against Dr. Uma Verma

In July 2017, many women had accused Dr. Uma Verma of demanding money in the name of Cesarean delivery and used refer the poor women who were not able to give the money to Indore.

As per a report dated Aug 4, Dr. Uma Verma was accused of extorting money and negligence during the operation which led to the death of a child.

According to another report by Bhaskar dated 10th Aug 2017, a family brought the pregnant woman to the district hospital for delivery but Dr. Uma Verma suggested Caesarean delivery and referred to Indore by citing a serious case. But when the family called CS who examined the woman and normal delivery was done with the help of nurses.

Earlier in Jan this year, Congress leader Vinod More had accused Uma Verma of demanding money for the operation.

According to a report dated Jan 2017, Dr. Uma Verma was the only women doctor in the hospital which has added extra burden on her.

Even though there are many complaints against her, she was awarded the "Excellent Performance Award" in August this year.

Conclusion: the viral claim is false that Dr. Uma Verma has been intentionally killing Muslim kids in Burhanpur government Hospital, MP.  Even though there are several complaints against her, there is no media report to substantiate the claim that she has killed 107 kids until now.