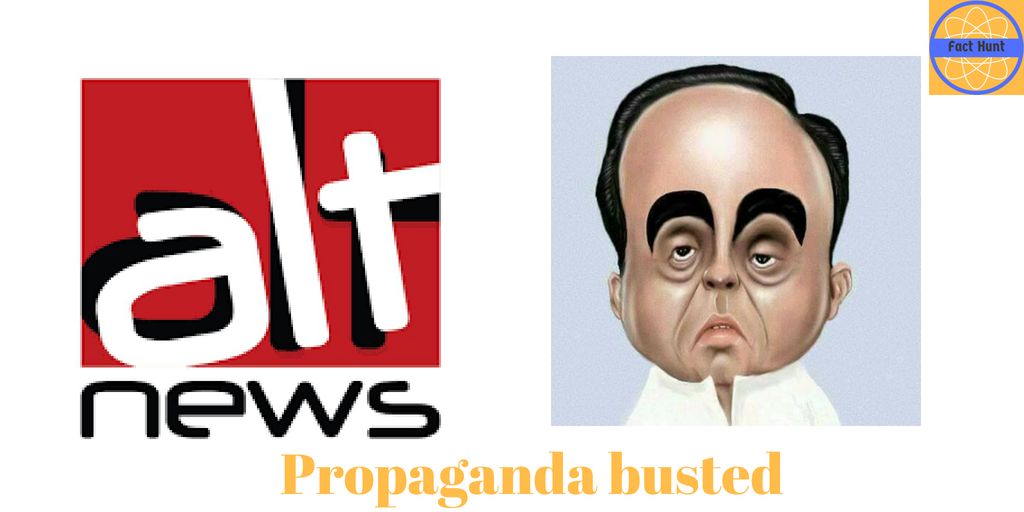 The Co-founder of a left-leaning fact-checking website and an abusive twitter handle Unofficial Sususwamy was caught red-handed when he shared a misleading information about OpIndia. 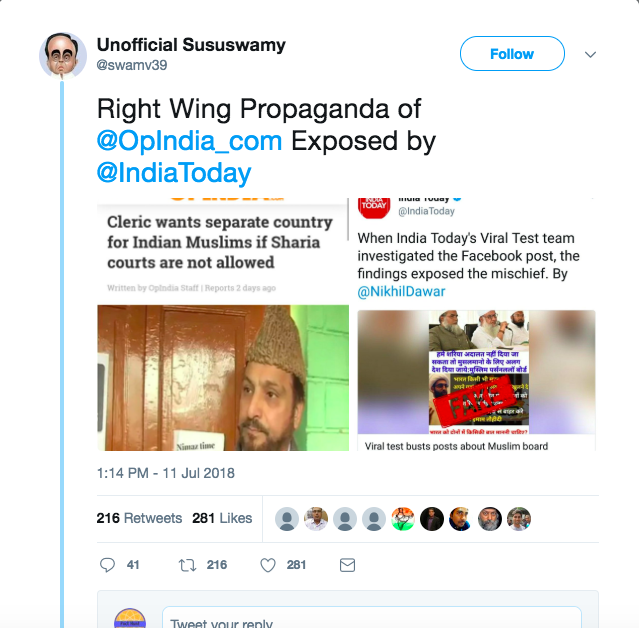 The caption reads "Right Wing Propaganda Website OpIndia.com claims to be a Fact Checker. But it's no better than Postcard." The image shared by him is highly misleading. IndiaToday report has exposed the mischief done by some Facebook post that had attributed the demand for separate nation to All India Muslim Personal Law Board (AIMPLB).  Quoting from India Today's article

The AIMPLB had made no demand for a separate homeland for Muslims. In fact, the shocking call for another partition had come a day before from a mufti in Kashmir and not any mainstream Islamic organisation.

On Monday, Nasir-ul-Islam, the grand deputy mufti and vice-chairman of the J&K sharia court, spoke about dividing the country once again on religious lines "if the BJP or anyone else has problems with religious practices of Muslims."

So clearly India Today has accepted that such claims were made by the grand deputy mufti and vice-chairman of J&K sharia court. OpIndia in its report has also covered the same thing. OpIndia never said that the demand was made by All India Muslim Personal Law Board.

Therefore, to claim that OpIndia's report was busted by India Today is completely baseless and he is clearly trying to mislead his followers. 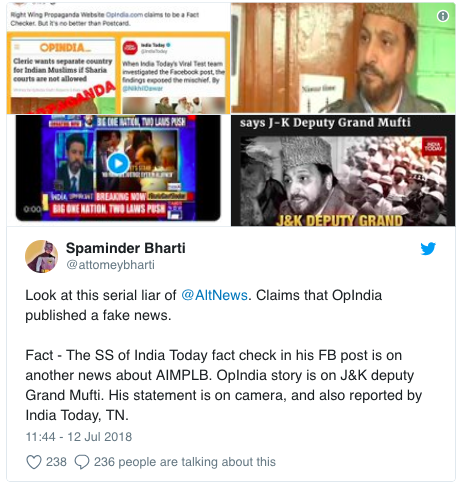 Even OpIndia covered it and exposed the propaganda of this abusive twitter handle.