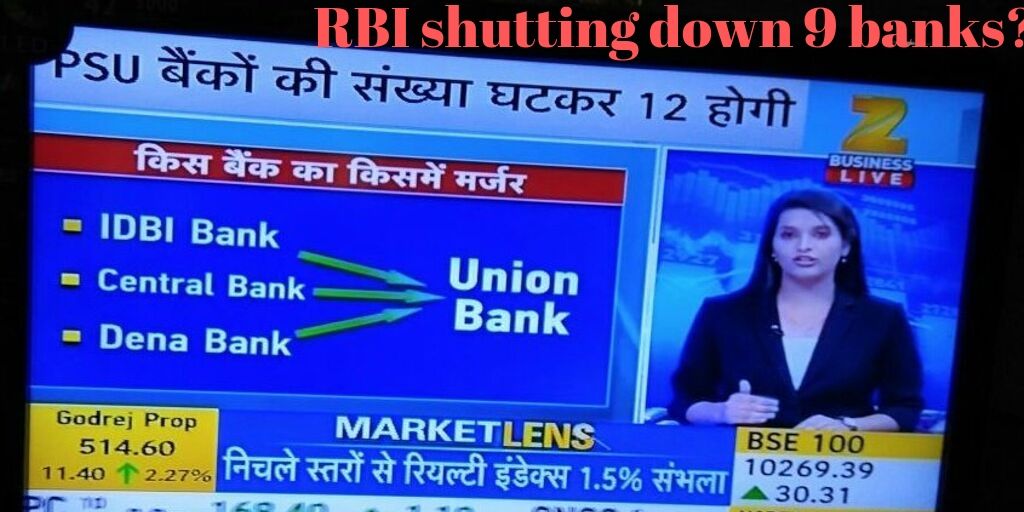 The viral claim is false that RBI is planning to shut nine commercial banks. In a statement, RBI rejected rumors about closure of banks.

On Tuesday, the Reserve Bank (RBI) has imposed several restrictions on the Punjab and Maharashtra co-operative (PMC) Bank for six months. According to the new restrictions, the bank cannot issue loans or open fixed deposit accounts for the next six months. And the RBI has set a Rs 1000-withdrawal limit on transactions.

After that, the message is circulating on various social media platforms that nine banks will be closed down permanently by the RBI and appeals being made to the public to withdraw their money from them. A Twitter user @Thaveethu_offl tweeted "9 banks going to be close if u guys have an account in this banks so please immediately safe your cash and forward this message to all" 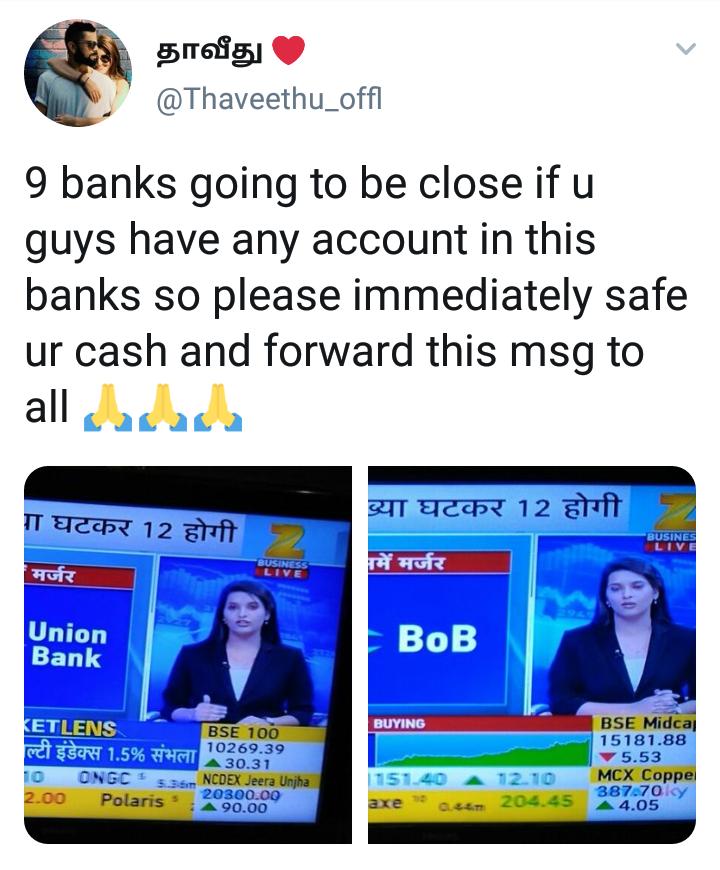 RBI has now given a clarification by tweeting, "Reports appearing in some sections of social media about RBI closing down certain commercial banks are false". 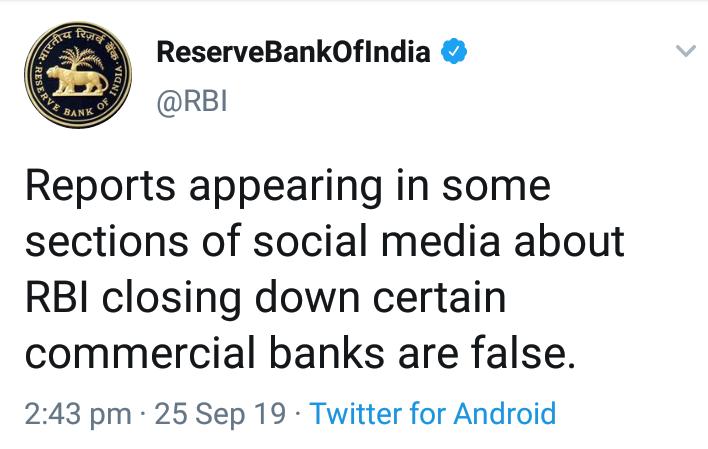 Finance Secretary Rajiv Kumar said "There are mischievous rumors on social media about RBI closing some banks. No question of closing any public sector bank, which are articles of faith. Rather govt is strengthening PSBs with reforms and infusion of capital to serve its customers better".

In a statement, the PMC Bank's Managing Director Joy Thomas said that the bank had been put under regulatory restrictions by the RBI owing to irregularities disclosed to the apex bank. As the MD of the Bank, I take full responsibility and assure all the depositors that these irregularities will be rectified before the expiry of six months," Thomas told this to the banks' thousands of distressed customers.

A clarification on RBI's website is available since 2017. RBI had issued a clarification after a misinformed communication was circulated in some section of media including social media, about the Prompt Corrective Action (PCA) framework. 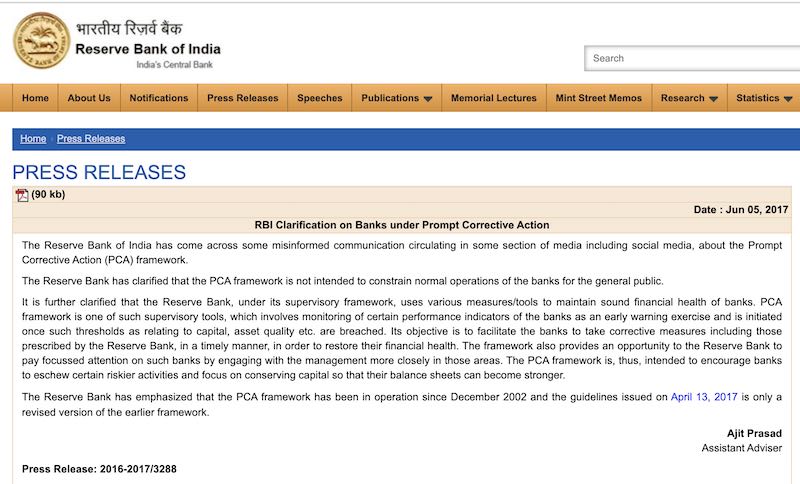 conclusion: the viral claim is false that RBI is planning to shut nine commercial banks. In a statement, RBI rejected rumors about closure of banks.