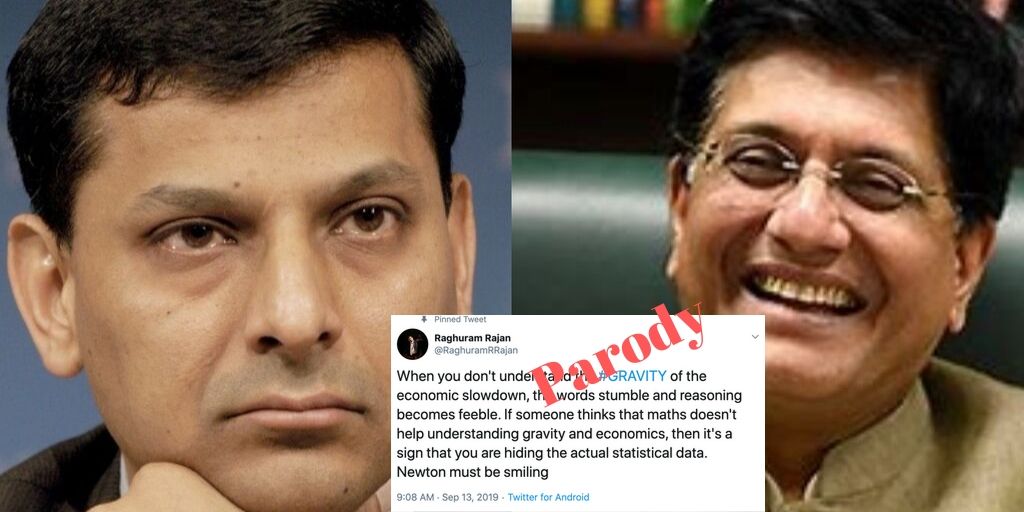 “It’s a sign that you’re hiding real data: Rajan on Goyal faux pas” reads the headline of a story by Outlook implying that the former RBI governor Raghuram Rajan has reprimanded Piyush Goyal about the economic condition in the country. 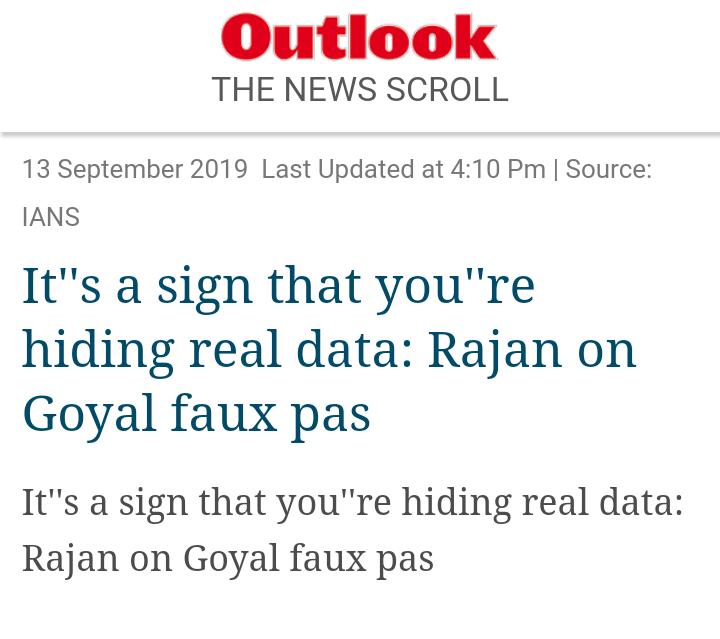 The story was published by Economic Times, ABP News, The Quint, and Outlook.

According to reports, Piyush Goyal had suggested the media not to focus on the GDP number and Mathematics. He said don't get into that maths. Because maths never helped Einstein discover gravity. If he had only gone by structured formulae, and what was past knowledge, I don't think there would have been any innovation in this world."

The Minister was roasted on Twitter for his erroneous linking, with netizens mockingly asking, "What did Newton discover, if Einstein discovered the theory of gravity?

Based on a report shared by IANS, the Twitter account named Raghuram Rajan wrote "When you don't understand the #GRAVITY of the economic slowdown, the words stumble and reasoning becomes feeble. If someone thinks that maths doesn't help understanding gravity and economics, then it's a sign that you are hiding the actual statistical data. Newton must be smiling". 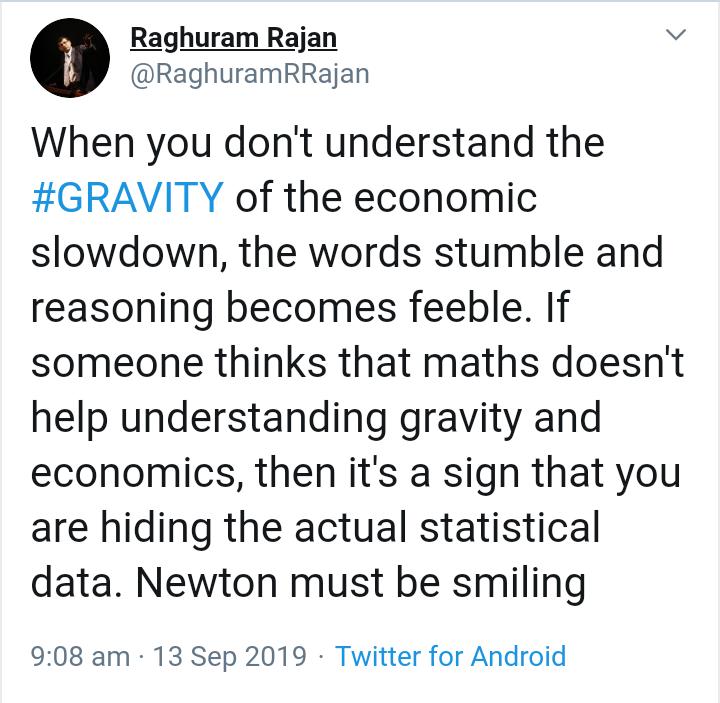 In the investigation, we found that the former RBI governor Raghuram Rajan doesn't have any twitter account. But there is a parody account in his name which had tweeted the statement and the account also mentions that it is an unofficial parody account. The parody account has more than 17.5k followers. 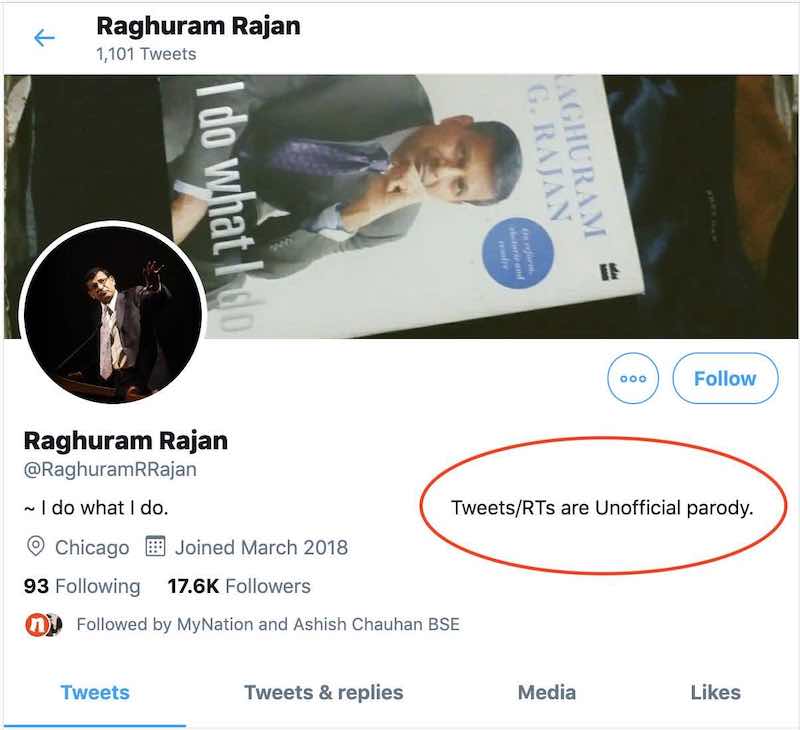 Slip of Tongue by Piyush Goyal

Speaking at a program on the country's economy, Union Minister Piyush Goyal had said that to handle the economy, there is no need to look at any kind of mathematics or statistics related to it, if Einstein were to get involved in this mathematics, he would have never discovered gravity.

However, Piyush Goyal accepted that he had made a mistake. "Due to a slip of the tongue. He said, unfortunately, the context took a backseat and the mistake was highlighted. I thought I should take this opportunity to accept on a public platform that I made a mistake.