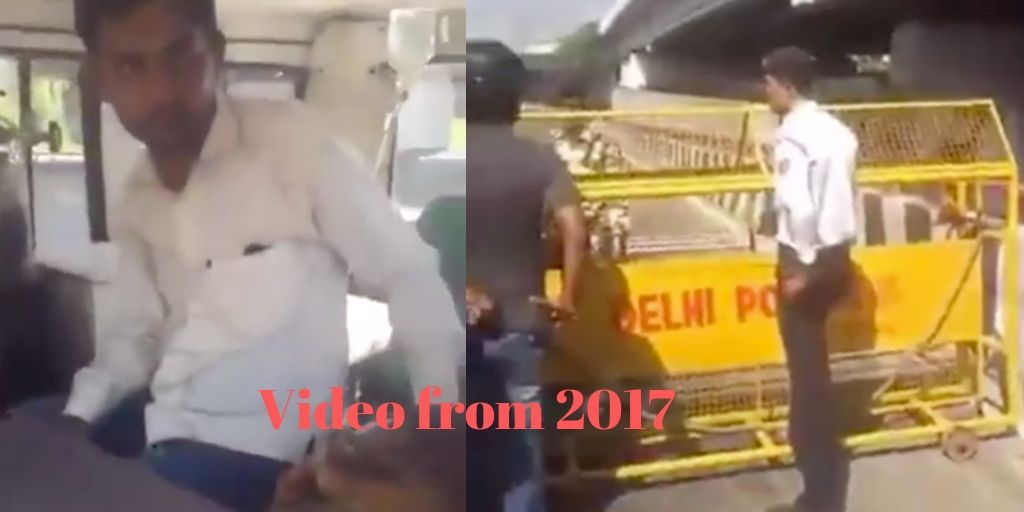 The traffic in the viral video was stopped for the convoy of the Malaysian Prime Minister in 2017 and has nothing to do with MP Manoj Tiwari.

A video showing ambulance being stopped by Delhi police is going viral on social media. A Twitter user Murari Kainya tweeted the video to claim that Delhi Police stopped the ambulance for BJP MP Manoj Tiwari.

"The ambulance was stopped by the police for BJP MP Manoj Tiwari's convoy. Due to this, the girl who was fighting for life in an ambulance lost her life". 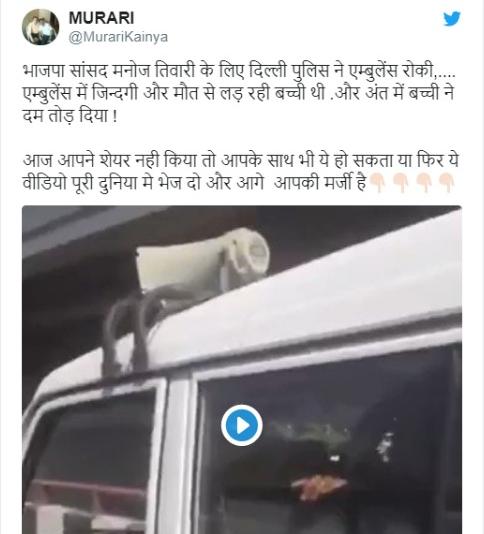 The same video is also going viral on Facebook. A user Siya Ram posted the video with a caption "Ambulance stopped by Delhi Police for BJP MP Manoj Tiwari. Inside the ambulance, a girl was fighting with life and death, and in the end, she lost her life". 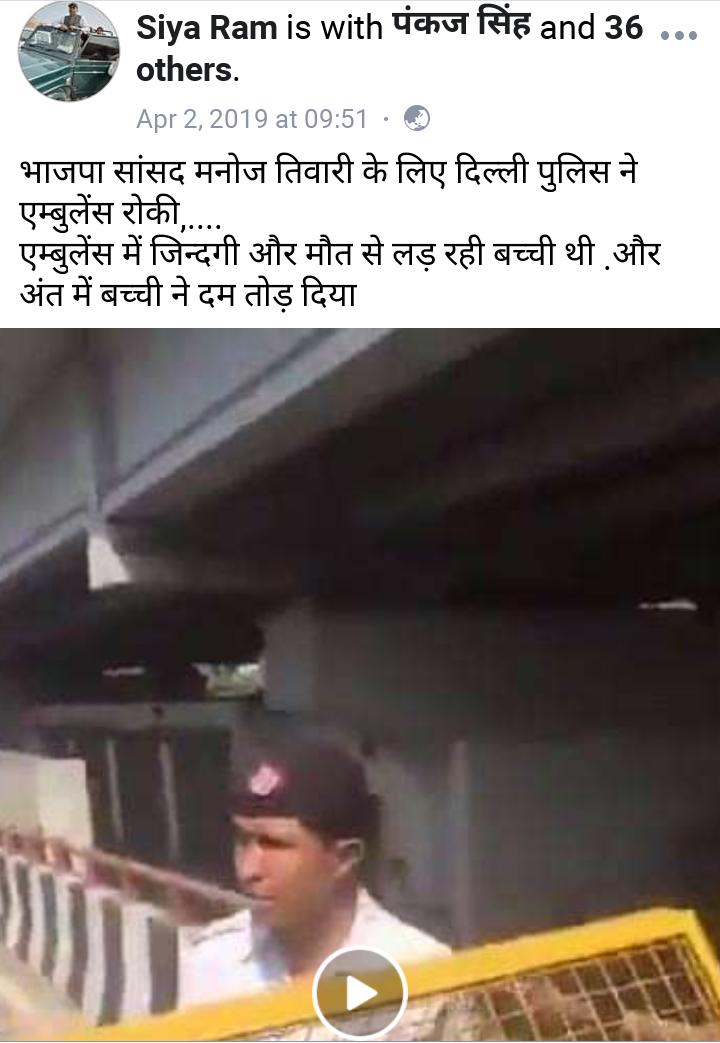 In the investigation, we found that the video was uploaded on the internet for the first time in 2017. According to a report by Hindustan Times this video is of 1 April 2017when traffic was stopped near Rajghat flyover to evacuate the convoy of the then PM of Malaysia Najib Razak. In this, an ambulance was stuck between cars who was carrying an injured girl. 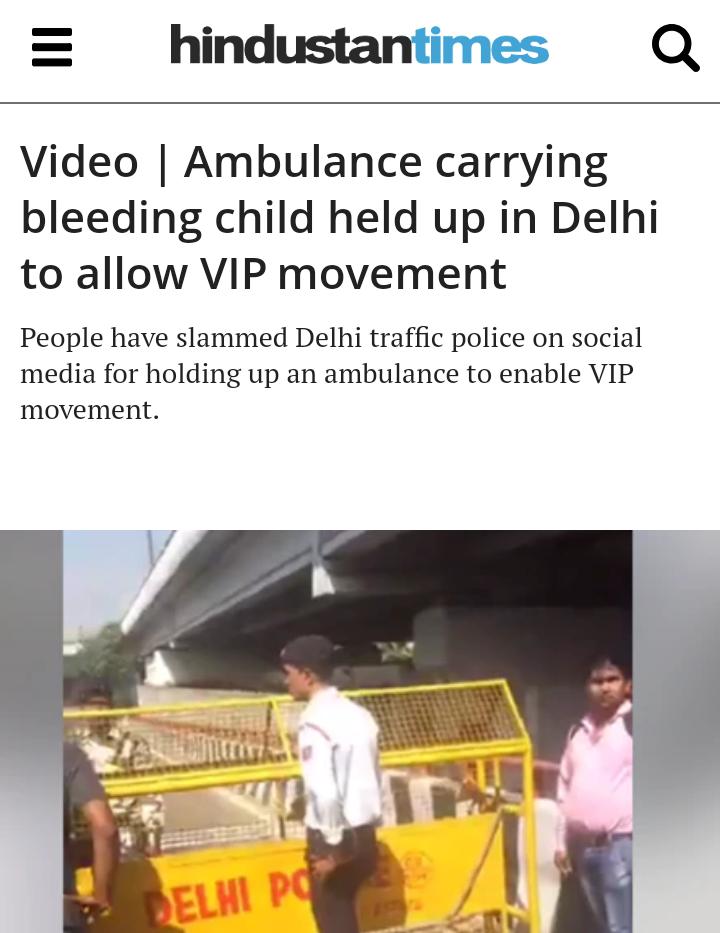 According to the report, it was shot by bank employee Preet Narula. Quoting a senior police officer, it was written that the ambulance was stuck in such a place, in front of which many cars were parked. The ambulance was evacuated as soon as space was found.

MP Manoj Tiwari himself tweeted that the claim made with the video is false "@RahulGandhi is it compulsory to be a part of fake news factory if u have to be in congress? No traffic is ever stopped for any MP in Delhi or elsewhere, it's an old video where international delegate was Enroute In Delhi, @DelhiPolice pls register case against this." 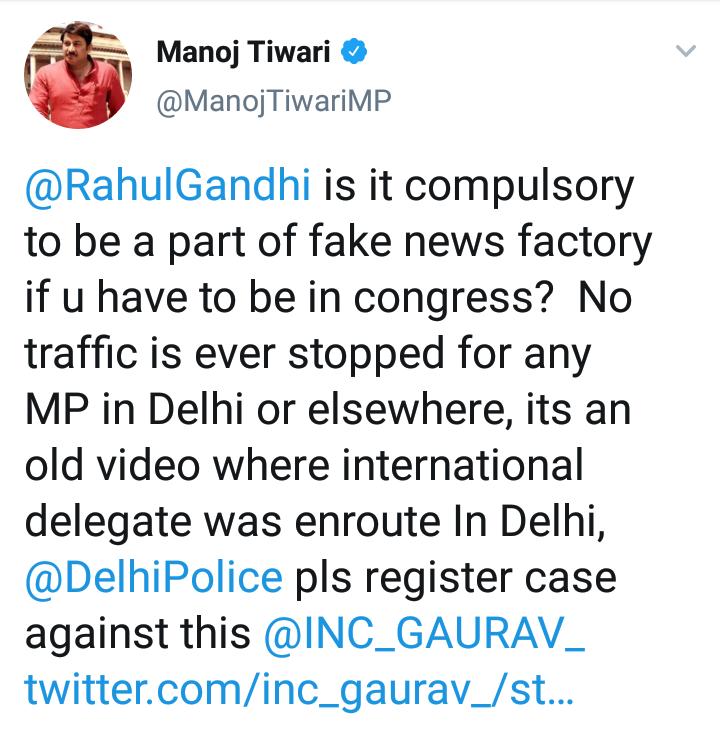 Conclusion: the viral video is from 2017 when Delhi police restricted traffic to evacuate the convoy of the then PM of Malaysia Najib Razak. The video has nothing to do with the BJP MP Manoj Tiwari.