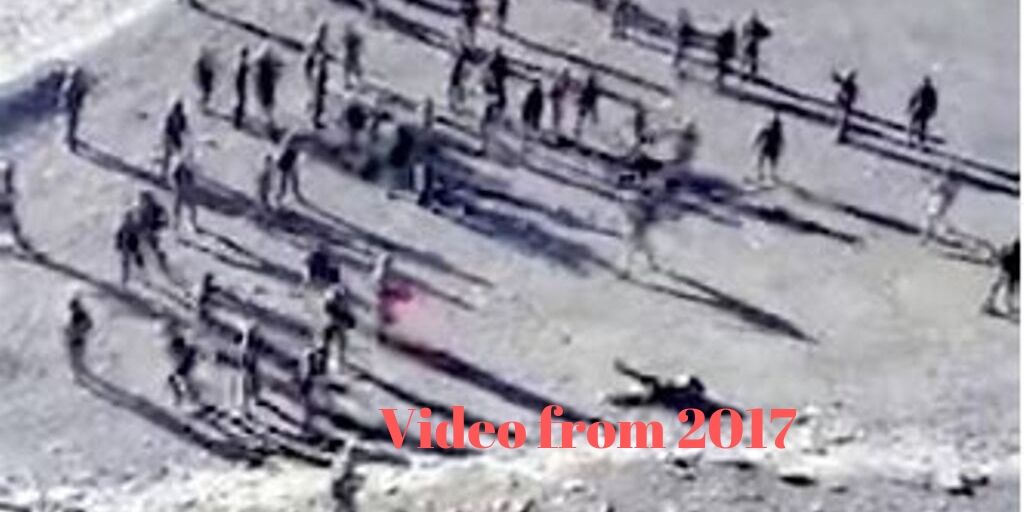 There was a scuffle between Indian and Chinese soldiers near Pangong Tso lake in Ladakh on 11th September. However, the video being shared on social media is an old one from 2017.

On 13 September, a Twitter user from China Eva Zheng tweeted a video claiming that Indian soldiers patrolled in Chinese territory on 11th September.

"Sept 11 Indian soldiers again patrolled to the area entirely located in China's territory and under China's effective jurisdiction (northern bank of lake Pangong), not heeding to objections to their presence in the area by PLA - Be aware, PLA doesn't offer tea to invaders #Ladakh 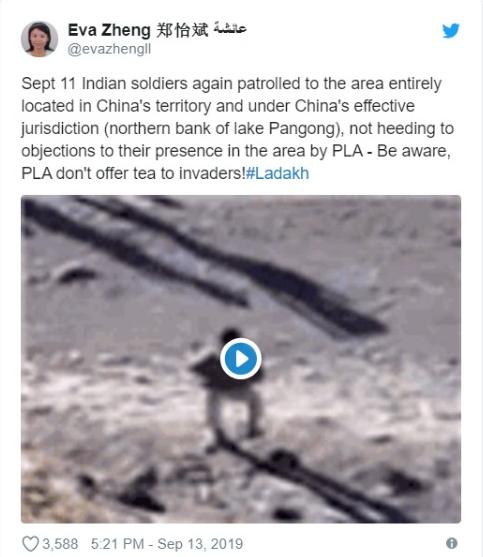 The tweet has received more than 1800 retweets and 3600 likes at the time of writing this article.

After an investigation, we found a video on Youtube published by Kolkata24×7 News Stream. The video begins with a few dozen soldiers from both sides jostling, and then it soon breaks down into kicking, punching, and stone-pelting. The video was uploaded on 19th August 2017 with a headline "Indian and Chinese soldiers fighting with kicks and stones in Ladakh".

We searched on Google using the keywords "Indian and Chinese soldiers fighting with kicks and stones in Ladakh" and found a report published by The Hindu according to which the video shows the skirmish between Indian and chines troop by the Pangong lake in Ladakh and it was a significant showdown, involving fisticuffs and stone-throwing. 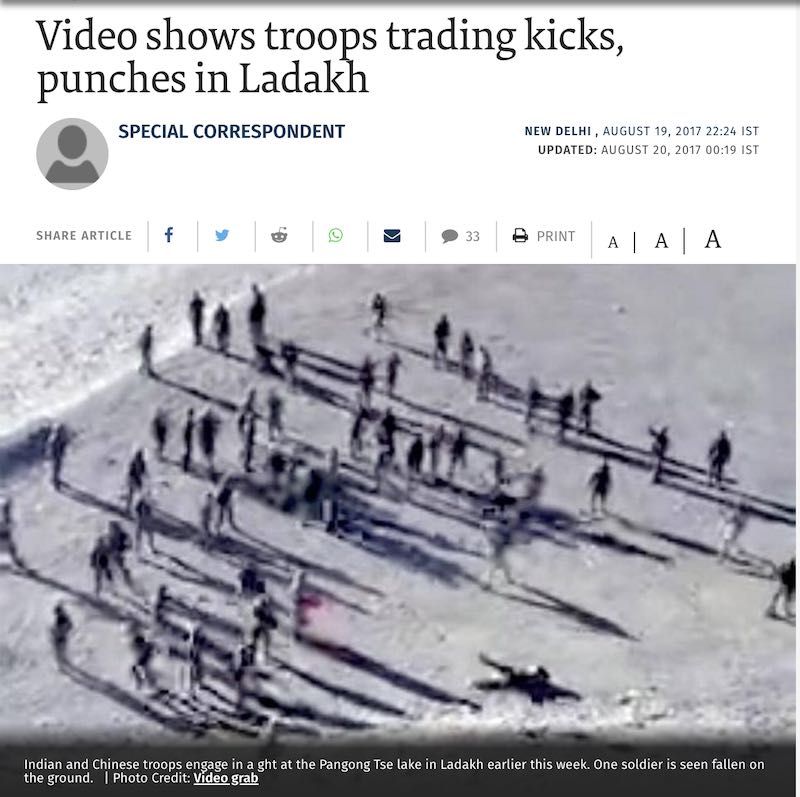 The two-thirds of 134-km-long Pangong Tso (Tso means lake) is controlled by China as it extends from Tibet to Ladakh. (Ref) 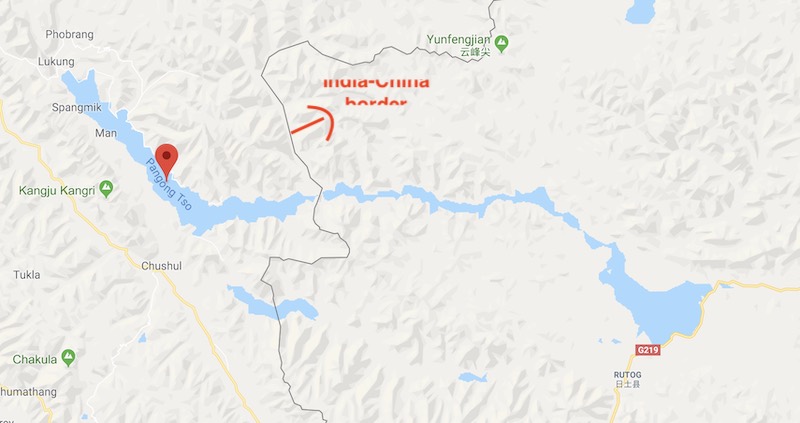 Even though the video is 2 years old, there was indeed a scuffle between Indian and Chinese soldiers on 11th September in Ladakh as reported by Economic Times. The reported exchange on the northern bank of Pangong Tso lake was triggered after Chinese Army personnel objected to patrol by Indian soldiers in the area. Army sources said that the incident occurred due to deferring perceptions about the Line of Actual Control (LAC) between India and China.

"Indian soldiers were on a patrol when they were confronted by People's Liberation Army soldiers, who strongly objected to their presence in the area. This led to a between the rival soldiers, with both sides sending some reinforcements to the area... the face-off was in progress at the site till the evening," a source quoted by TOI said. The Army, on being contacted by TOI, only said that delegation-level talks led by brigadier-rank officers "had been sought and agreed to by the two sides" as per the established bilateral mechanism to defuse tensions. "Such incidents often take place due to differing perceptions of where the Line of Actual Control (LAC) actually lies ... they are usually resolved through border personnel meetings, flag meetings and the like," said an officer.

Conclusion: There was a scuffle between Indian and Chinese soldiers near Pangong Tso lake in Ladakh on 11th September. However, the video being shared on social media is an old one from 2017.