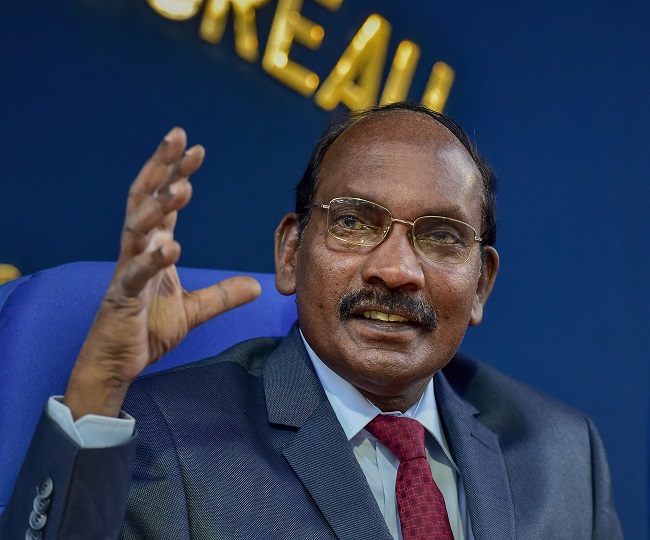 Several fake accounts of Indian Space Research Organization (ISRO) and it's head Kailasavadivoo Sivan( K. Sivan) have been created on social media after the buzz of Chandrayaan 2.

ISRO had launched the lunar mission Chandrayaan 2 on July 22 this year. On September 7, the mission’s lander Vikram lost contact with ISRO just two kilometers ahead of its landing on the surface of the moon.

Following this several fake accounts were made in the name of ISRO chief Kailasavadivoo Sivan with his name, pictures, and bio. 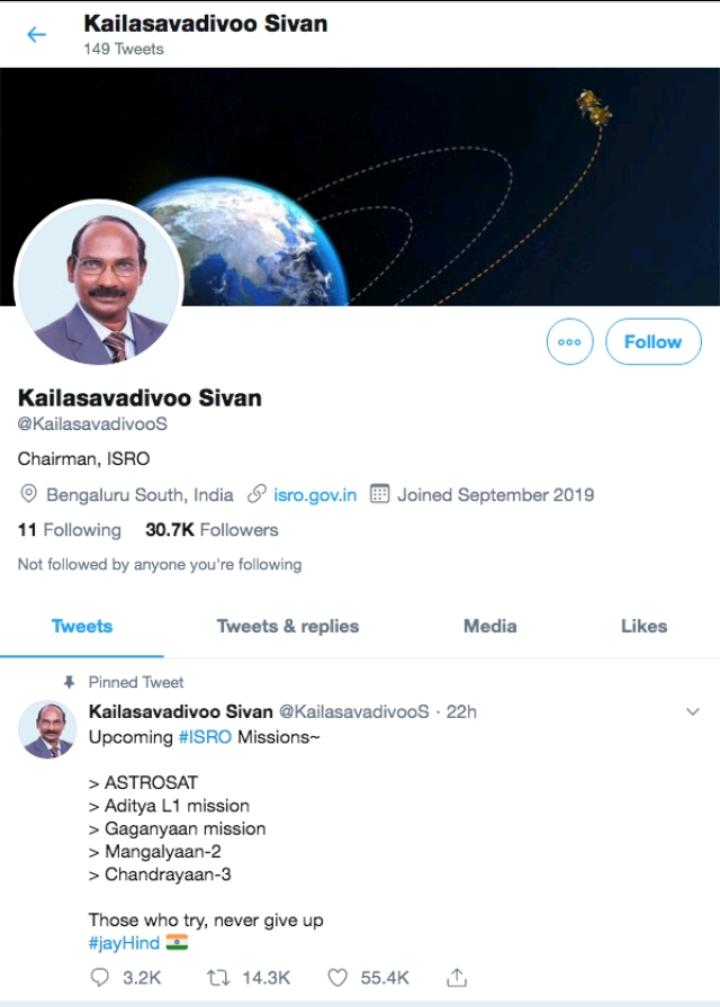 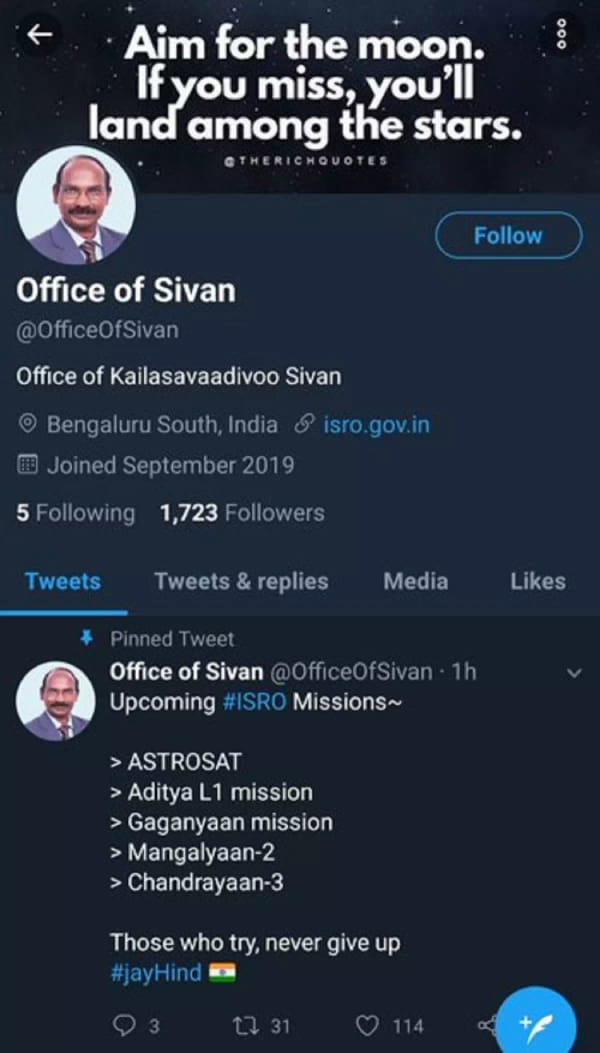 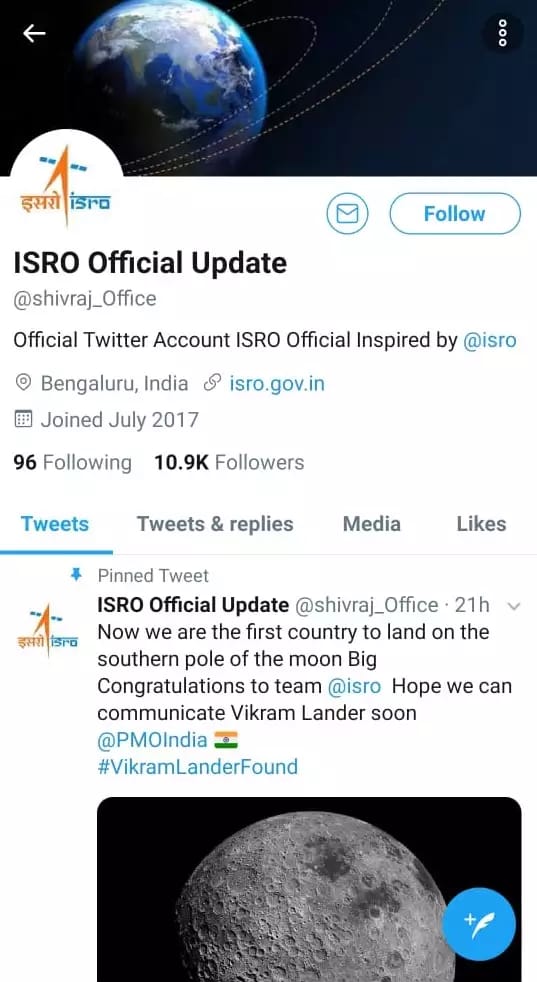 The official Twitter handle of Indian Space Research Organisation(ISRO) tweeted "It is noticed that accounts in the name of Kailasavadivoo Sivan are operational on many Social media. This is to clarify that Dr. K Sivan, Chairman, ISRO does not have any personal accounts". 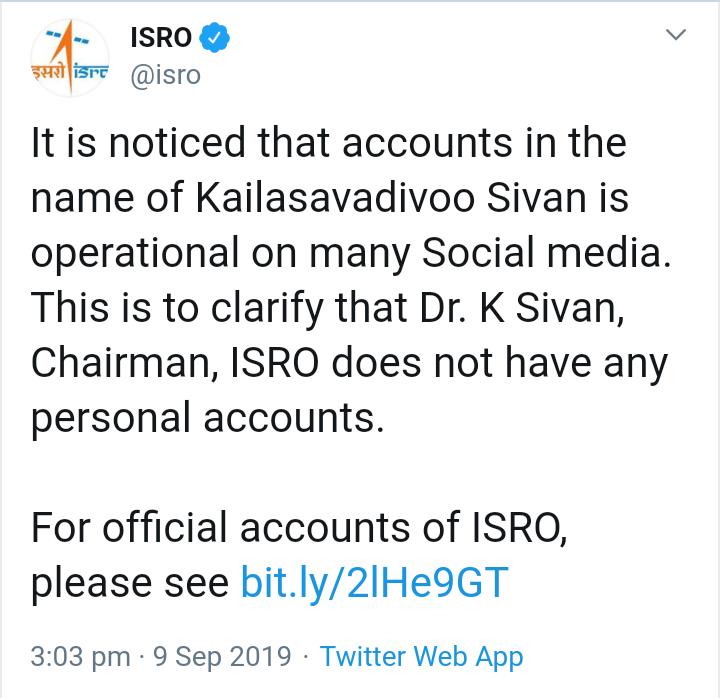 With this, ISRO has given a list in its tweet. By clicking on it, you will reach the official website of ISRO. Here is a selected look released on September 9, 2019. It is also written- "It has been noted that social media accounts in the name of Kailasavadivoo Sivan (along with photographs of K. Sivan) is operational and active on social media platforms. This is to clarify that K. Sivan, Chairman, ISRO does not have any personal account on any social media platforms. Hence all the information on all such accounts are not authentic."