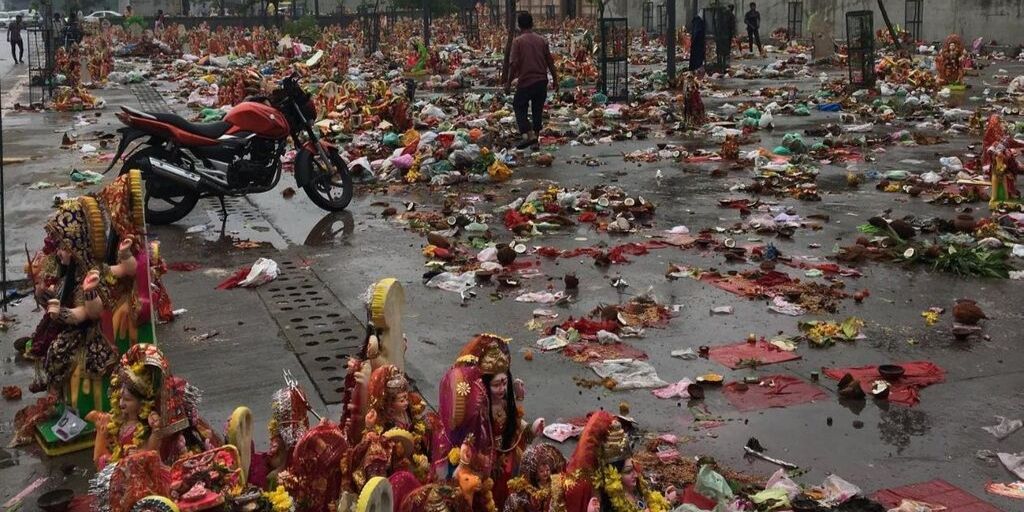 The old video related to the immersion of the idols of Dashama in Ahmedabad is now being shared with Ganapathi idols being left on the river bank.

A video clip showing thousands of idols lying on the banks of the Sabarmati riverfront was circulated on social media with a claim that idols seen in the video were Ganpati idols and people had thrown them on the river bank without properly disposing of.

Zainab Sikander who hosts a weekly show on The Print tweeted the video with a message "At the risk of being called a jihadi terrorist for simply voicing my opinion on an environmental issue, may I please just ask those who do the Ganapati Visarjan in natural water bodies: WHY can't you use eco-friendly, biodegradable (non-toxic paint) idols"? 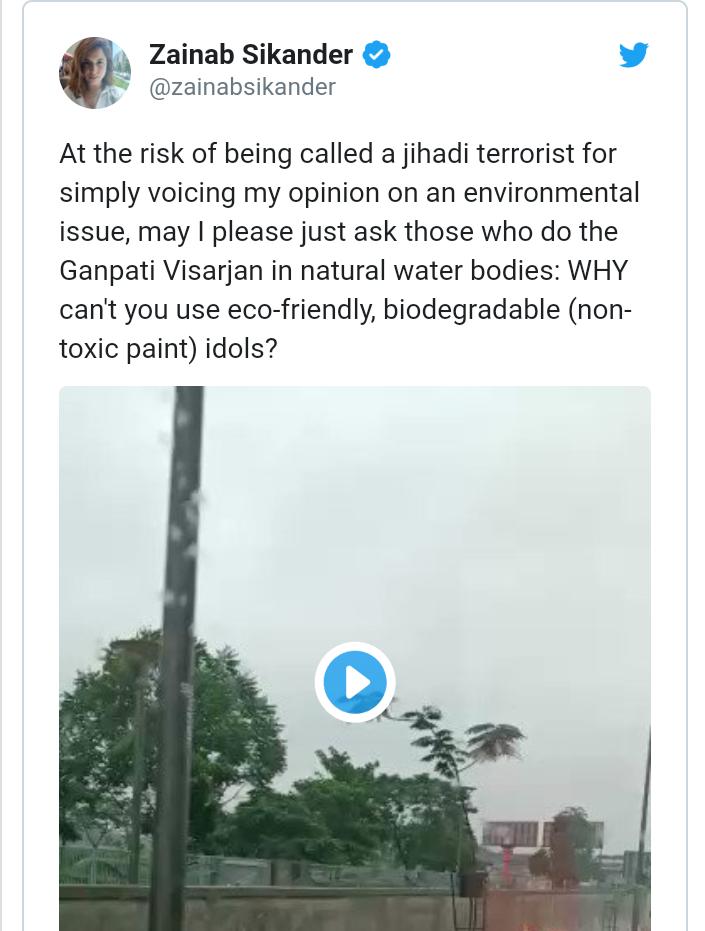 The tweet received more than 3,300 likes and 954 retweets at the time of writing this article.

The video was also tweeted by Alka Lambha. 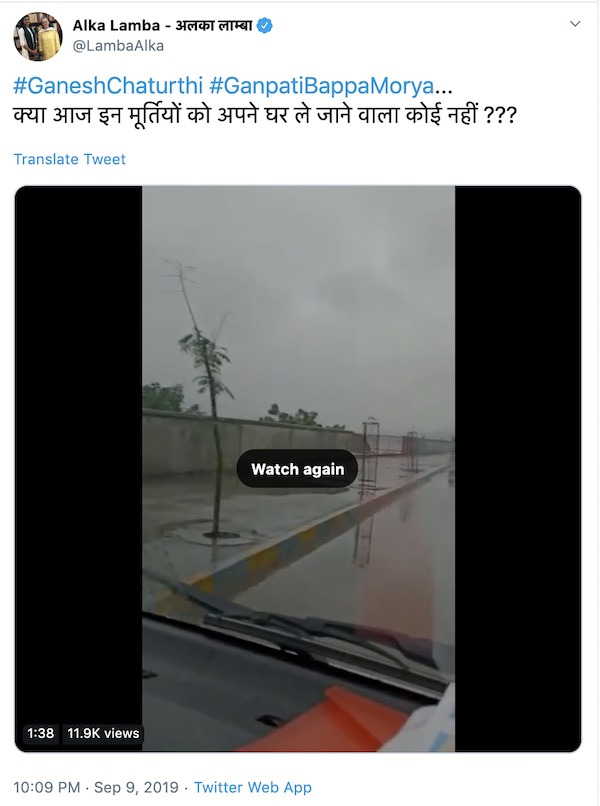 A month-old Video of Dashama festival celebration in Ahmedabad

The video shared by Zainab Sikander is actually from Ahmedabad when the last month when people had placed the idols of Dashama Mata on the banks of the Sabarmati river instead of immersing in the river.

"Something amazing is happening in #Ahmedabad today. Ordinary citizens have decided to keep #Sabarmati river clean. Instead of immersing. Dashama idols in the river, they have respectfully left them on the banks!! Thousands and Thousands of them. Unbelievable change". Vijay Nehra had tweeted on August 11, this year. 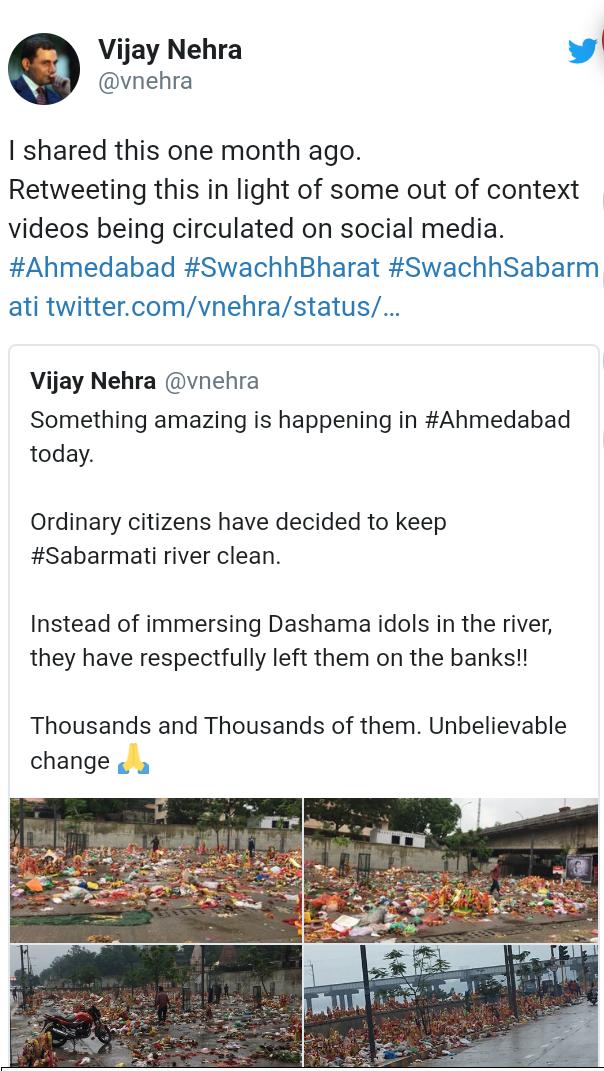 In a video message, Mr. Vijay Nehra had asked citizens to protect the river and environment by ensuring that idols were not thrown into the river.

Municipality of Ahmedabad had also asked citizens not to immerse the idols in the river but keep at the waterfront which will be collected by them and immersed later.

Vijay Mehra had tweeted that several artificial ponds were created to immerse the idols.

We had been working on this behaviour change for several months Since early morning today, security had been intensified. Several artificial ponds were also created. #SwachhSabarmati campaign has clearly helped change habits CHANGING HABITS FOR CHANGING CITIES

We also found a video on Youtube posted by ABP Asmita. The video shows how devotees had left the idols of Dashama on the riverfront Ahmedabad.

Conclusion:  Old video of Dashama idols lying on the Sabarmati riverfront circulated with a fake claim that idols seen in the video were Ganpati idol and people had thrown them on the river bank without properly disposing of them.