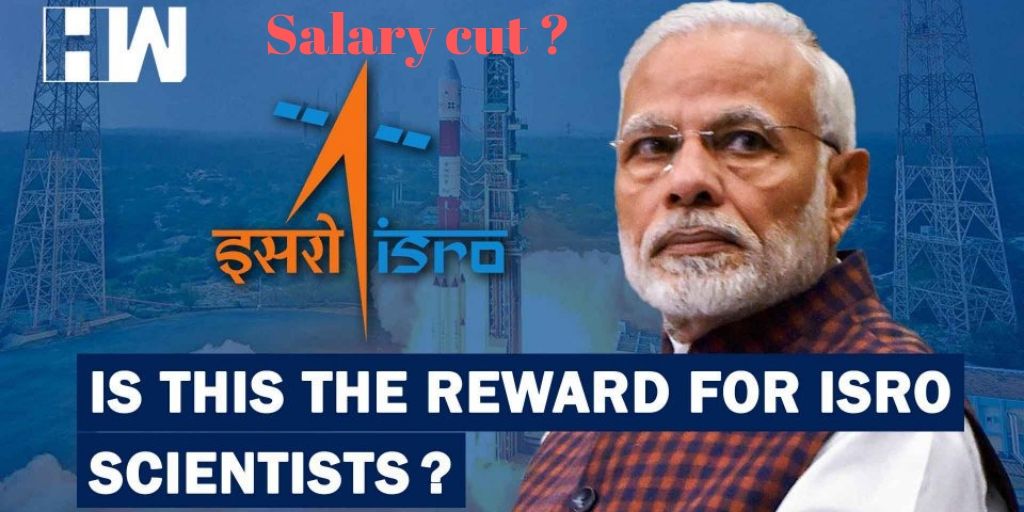 In an order issued on June 12, 2019, the central government said that the incentive grant amount being given to ISRO scientists and engineers in the form of two additional increments since 1996 is being discontinued.

The digital campaign coordinator Youth Congress tweeted on 7th September to claim that there had been a salary cut for ISRO scientists ahead of Chandrayaan-2 launch. 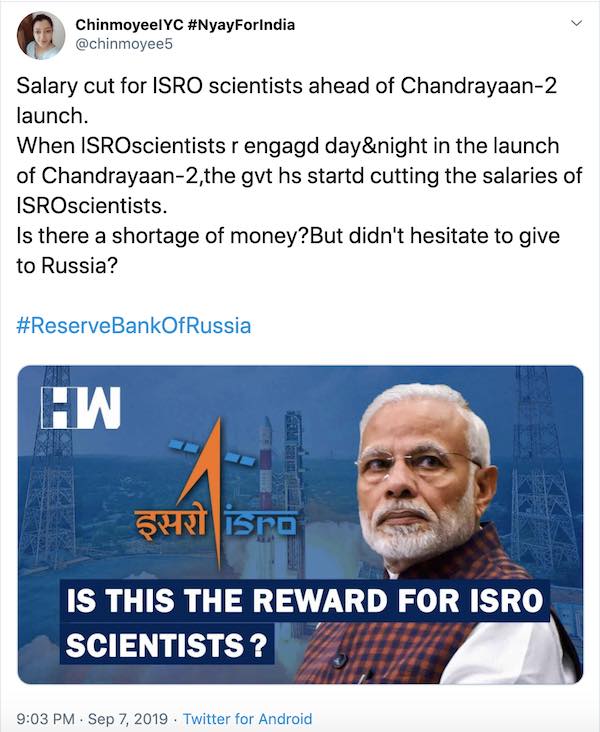 One of our readers requested to verify the claim.

A simple google search showed many reports by a few little known websites hwnews and sirfnews.com. The report of hwnews was also published on Dailyhunt.

On one hand ISRO scientists are engaged day and night in the launch of Chandrayaan-2, on the other hand, the central government has started cutting the salaries of ISRO scientists. In an order issued on June 12, 2019, the Central Government has said that the promotional grant amount is being discontinued as ISRO scientists and engineers in the form of two additional increments since 1996.

All these reports were published in July. Among the mainstream media, Aaj Tak had published an article on 12th July to explain why the government has decided to reduce the salary of ISRO scientists. The lallantop had also published a similar report.

Congress MP Motilal Vora also raised the issue in Parliament on July 30. He informed the Rajya Sabha that the additional increment had been implemented by the Department of Space in 1996 following the Supreme Court’s order, in which the apex court had said the increment should be treated as “payroll” in a manner. Vora appealed to the Rajya Sabha to get the government to stop deducting the salaries of ISRO scientists.

What were two additional increments?

According to the order issued on June 12, 2019, the central government has decided to discontinue these additional increments. The order reads,

Consequent on implementation of VI CPC recommendations and introduction of Performance Related Incentive Scheme [PRIS] up to 40% of Basic Pay for Scientific & Technical personnel in Department of Space, the Government of India, Ministry of Finance, Department of Expenditure has advised Department of Space to discontinue the said incentive granted in the form of two additional increments to Scientists/EngineersSD, SE, SF & SG grade personnel. 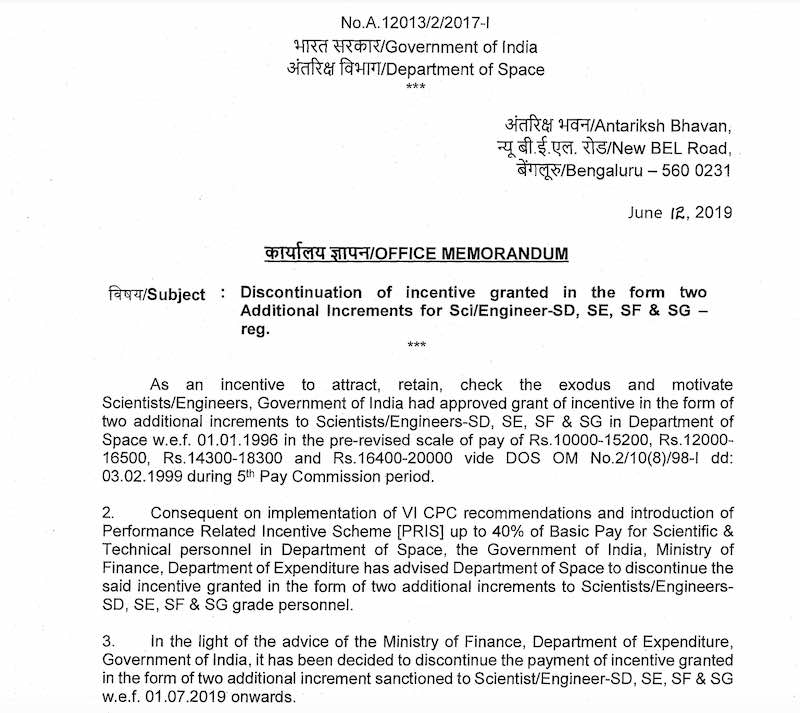 In August 2008, based on recommendations of Sixth Central Pay Commission (SCPC), Government of India had approved the introduction of a new performance-based pecuniary benefit known as Performance Related Incentive Scheme (PRIS) over and above the regular salary for government employees. PRIS was based on the principle of differential reward for differential performance and was payable, taking into account the performance of the employee during the period under consideration. PRIS was also linked with the organisation’s measurable contribution to responsive governance.

The Space Engineers Association (SEA), a union of scientists of the ISRO, have appealed to the chief of the organisation K Sivan to help them pressure the government to reverse its decision. They pleaded that they had no other source of income besides their salaries.

SEA head A Maniraman wrote in the letter that a government employee’s salary cannot be reduced until the situation turns grim. It warned that the move would demotivate the scientists. It said the staff members are rather surprised and sad about this development.

We contacted a few scientists at ISRO through LinkedIn to get their views on it. One of them told us that it has indeed affected their salary but it varies as different level. 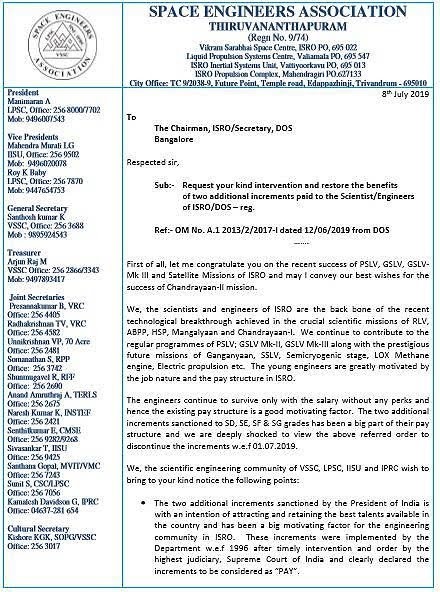 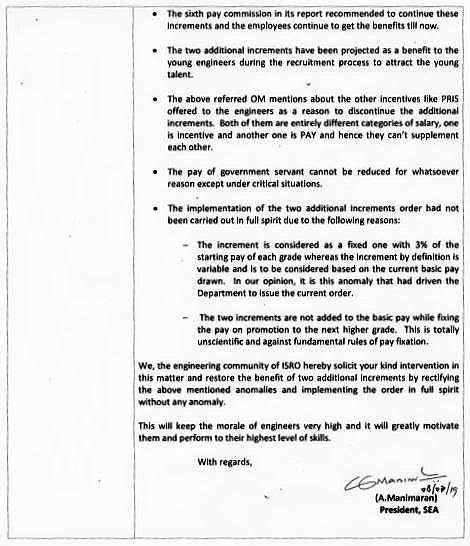