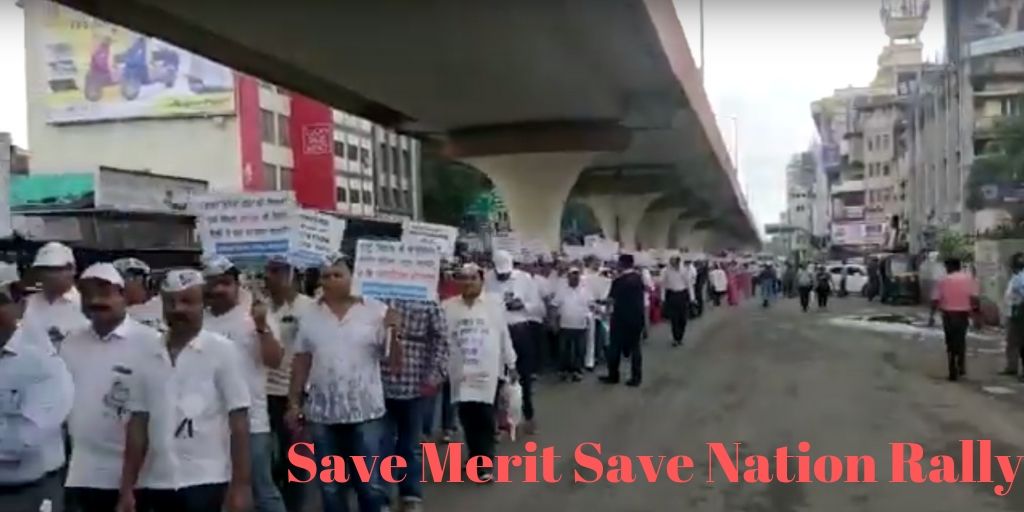 The video has no relation to the situation in Kashmir. It is from Save Merit Save Nation rally in Nagpur which was organised to oppose an increase in the caste-based reservation.

A video of a massive rally of thousands of people chanting slogans and holding banners on streets is getting viral on social media. A Facebook user name Enam Qureshi shared the video in a group "i sport raves kumaar and parsun baajpeyi" with a hashtag #save Kashmir implying that the protest is being held against the scrapping of Article 370 and Article 35A. 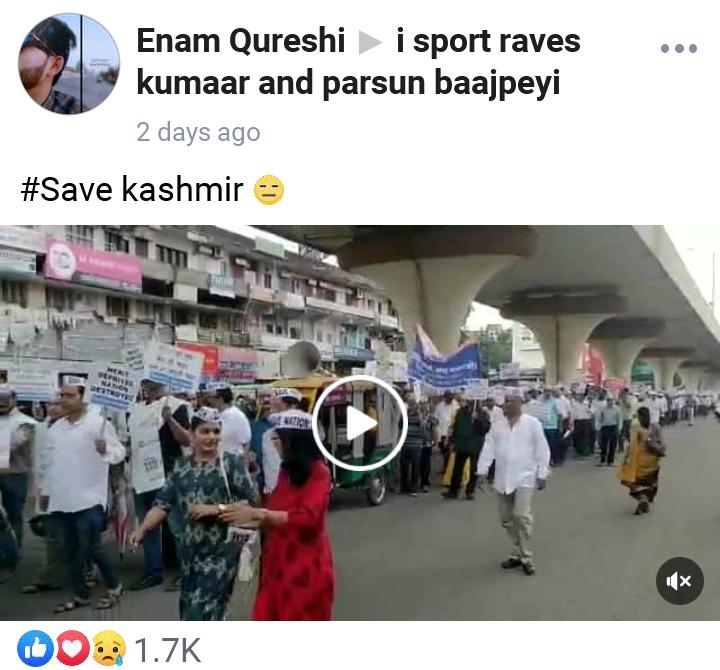 The video received more than 1700 likes and 17,000 shares at the time of writing the article.

Save Merit Save Nation Rally in Nagpur

In the viral video, we can hear a person is announcing that 'Save Merit Save Nation’ rally in Nagpur witnessed huge participation of the common public. The rally was to oppose the government policy.

The same video was shared on Youtube on 25 August 2019 with a caption Nagpur 'Save merit save nation' rally.

We also found a report by nagpurtoday.in about this massive rally. In order to push forth their concern over the caste-based reservation and raise their demand before policymakers, ‘Save Merit Save Nation’ forum had organized a silent march on August 25 from Yashwant Stadium to Kasturchand Park in Nagpur. Dr. Sanjay Deshpande pointed out that the ‘Save Merit Save Nation’ movement started soon after the state government decided to extend the limit of the reservation to 74% without considering the loss to open category. “We are neither against any caste nor against the 50% constitutional reservation. But due to additional reservation, nearly 40% of open category students have been left with less than 25% of the seats. This is an injustice.

Conclusion: The original video is from Save Merit Save Nation rally in Nagpur which was organised to oppose an increase in the caste-based reservation.