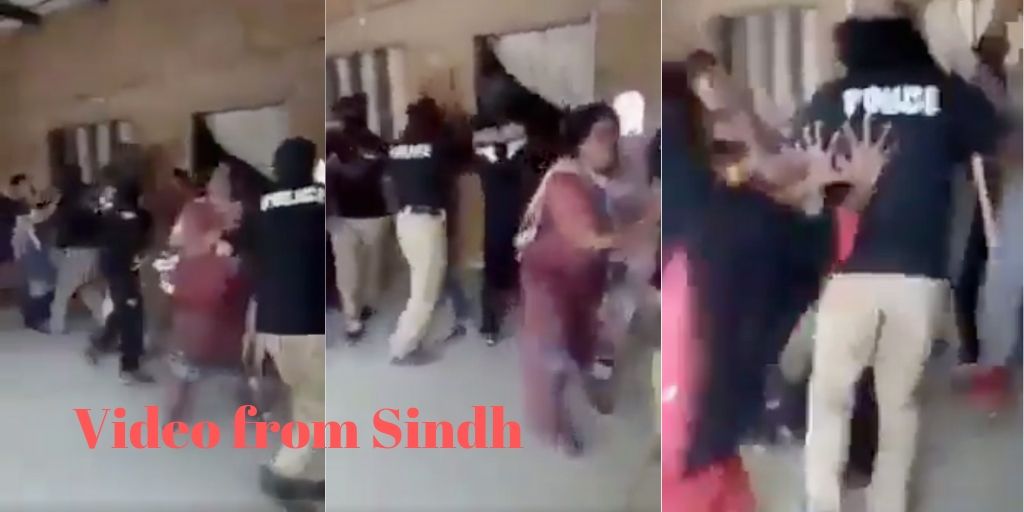 A supposedly scripted video showing mistreatment by police in Sindh is going viral on social media to show atrocity by Indian forces in Kashmir.

A video showing alleged atrocities carried out by Police on citizens has been going viral on social media. The video which has been shared recently and has been given the context that the police in the video are Indian Policemen and the mistreatment has been contextually directed to the Kashmiri citizens, especially women who are seen to be attacked in the video.

The video has been shared by the social media users condemning the Indian Police for attacking citizens of Kashmir. One of the Facebook posts sharing this news has over 300k views and 10k shares.

The same video with similar claims has also been shared on Twitter. The user has condemned India’s hate towards Muslims and its cruelty towards Kashmiri citizens. 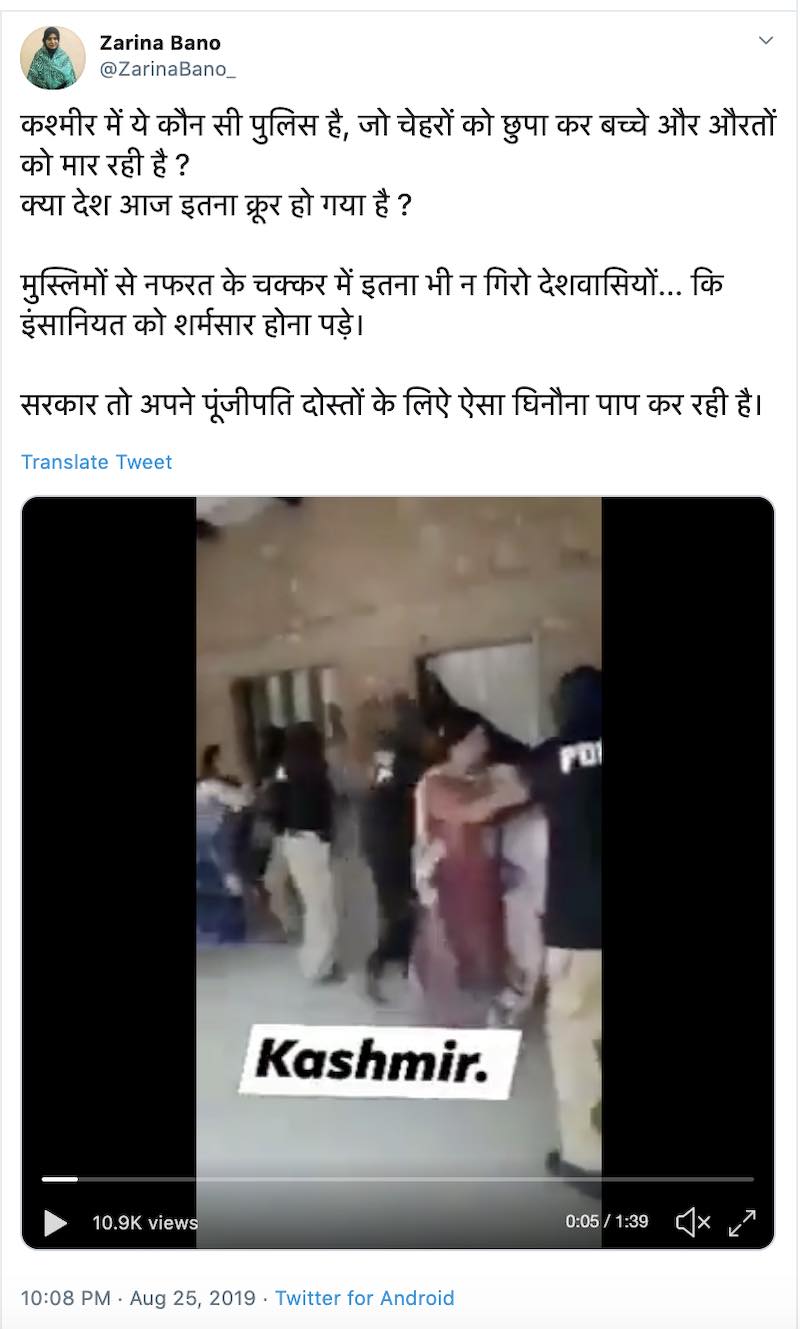 However, on research, we found out that these claims are utterly false. Many social media users themselves have seen to be pointing out that the video is not from Kashmir and that it is from Sindh. Thus, we used keywords to look for this video on social media platforms and Youtube. We found a video on Youtube with a title that says “Sindh Police attack on innocent Women at Sindh | Pakistan”.

Similarly, we found tweets on Twitter which claimed that the video shows Sindh police beating up women from May 2019. 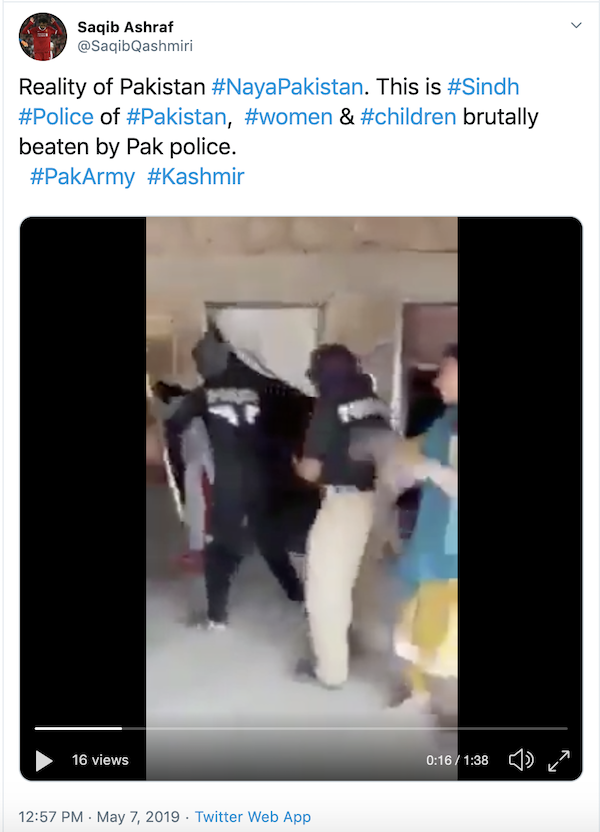 However, anyone who watches these videos might point out that the actions of the supposed “police” seem a bit bizarre and unrealistic. Thus, we conducted more research to find out any official reports regarding this incident. This led us to a tweet from the official account of Sindh Police which reported that the video which went viral was proved to be fake and it was done to malign the Sindh police especially the Jamshoro police. However, we are not sure as to how it was proven to be fake.

The tweet dated 11th May 2019 reads, "Few Days back a video was made viral on Social media in which People in police uniform were shown torturing women while raiding a house.This video proved fake and it was designed to malign Sindh Police in general and Jamshoro Police in particular. #Sindhpolicedmc" 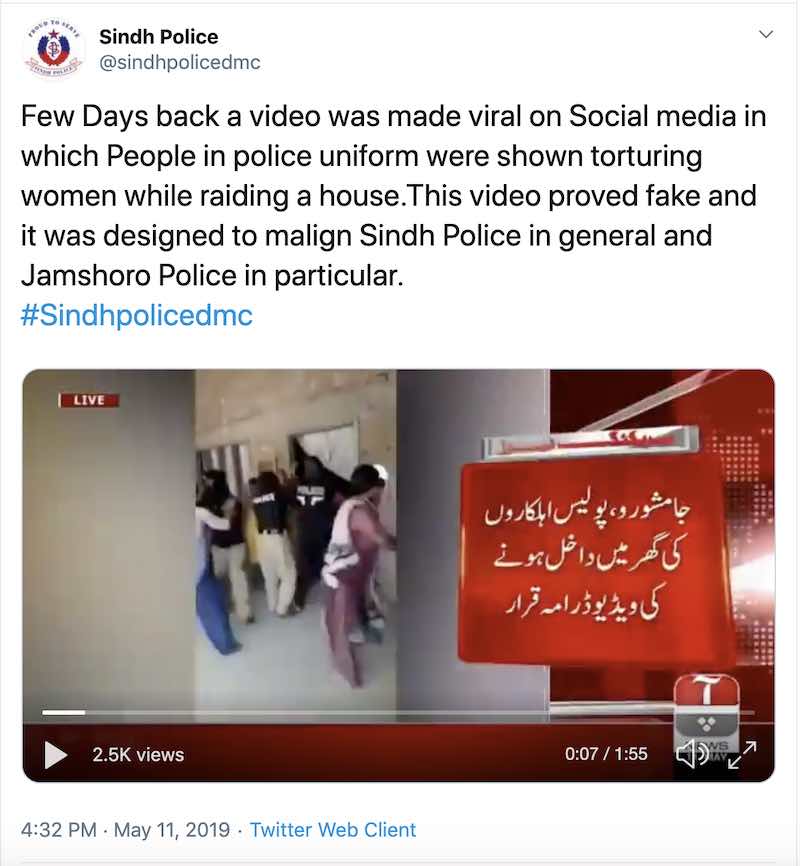 We even found a news article from a website called ‘Dawn' and they had reported that SSP Tauqir Mohammad Naeem from Jamshoro Police Station had reported the same at a press conference at Bhan Syedabad police station. According to the report, out of the eight men dressed as policemen, four of them were impersonators whereas the rest of them were actual policemen. More details about the incident can be read in the article.

In conclusion, the video shared on social media is at least a few months old and in no way related to Kashmir. The video is from Sindh, Pakistan dating to early 2019. In recent times there have been hundreds of videos, images, and news that have been circulating online with the context of violence in Kashmir following the revokement of Section 370.