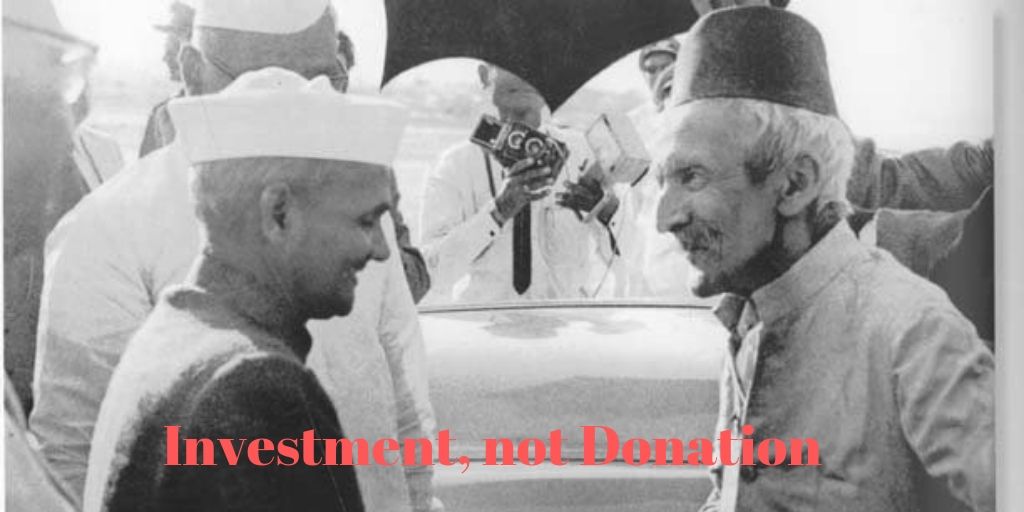 The Nizam of Hyderabad didn't donate 5000 Kgs of Gold to the government in 1965. He had invested 425 kgs of gold in the National Defence Gold Scheme with an interest rate of 6.5%.

Several Twitter users are claiming that the Nizam of Hyderabad had donated 5000 kgs of gold to save India and its post-war economy. This is not the first time that this issue is being brought up online. Earlier, in 2018, UP CM Yogi Adityanath and Asaduddin Owaisi who is the chief of All India Majlis-e-Ittehadul Muslimeen (AIMIM), had a clash of words and opinions. During that time, in reply to an accusation from Yogi Adityanath, Owaisi had claimed that the Nizam sold his gold to save India.

On August 29, Journalist Ali Sohrab tweeted to re-iterate the claim that Nizam Mir Muhammad Ali had donated 5000 kgs of Gold in 1965 and questioned why Ambani and Adani can't donate to save Indian economy now. 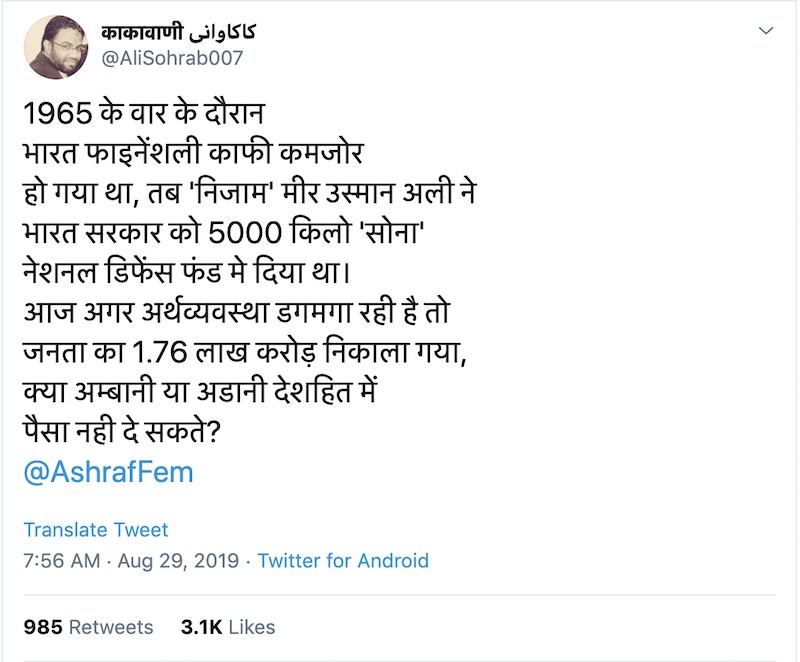 Pictures of the Nizam meeting the then Prime Minister Lal Bahadur Shastri had also surfaced online then, further claiming that the Nizam had made the donation following the meeting with the PM who had made an appeal for raising funds to steady the post-war economy. 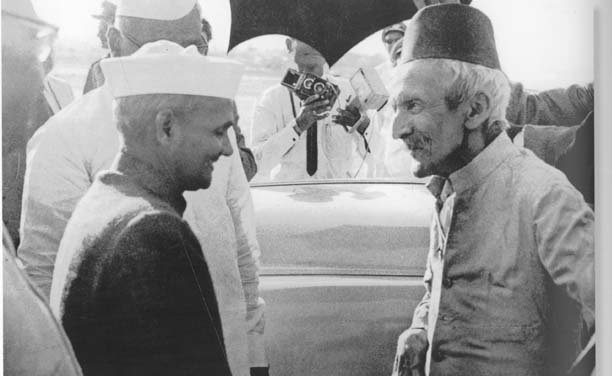 Deccan Chronicle published an article on June 1, 2014, to highlight the contribution by the Nizam of Hyderabad. Here is a quote from the article:

Mir Osman Ali Khan, Nizam VII, may have delayed his decision on merging Hyderabad State with the Indian Union after Britain left the country in August 1947, but he created a record when he responded to the call of Prime Minister Lal Bahadur Shastri in 1965. The PM visited Hyderabad and requested the Nizam to contribute generously to the National Defence Fund, set up in the wake of the Indo-Chinese skirmish. Without a second thought, Mir Osman Ali announced that he would contribute five tonnes of gold to augment the war fund. In monetary terms, the Nizam’s contribution was about Rs 75 lakh, or about three-fourth of the annual Privy Purse he received from the Centre. In terms of today’s gold price in the international market, this donation translates to a whopping Rs 1,500 crore.

The Nizam’s donation of 5,000 kg of gold to the National Defence Fund in 1965 was the biggest ever contribution by any individual or organisation in India and remains unsurpassed till today.

It was an investment, not donation

This is a very popular myth and is not true. It was earlier busted by The Hindu, in which the National Defence Fund Functions under the Prime Minister's Office, answered these questions that were posted through RTI saying no information of such a donation has been recorded.

The Nizam had actually invested 4.25 lakh grams which amount to 425 kg of gold in the National Defence Gold Scheme in October 1965 which yields of interest 6.5%. Note that the number 5000 kgs are also false and made up as the investment was 425 kgs. This fact was also mentioned by Shastri, later in a public meeting where he congratulated the Nizam for investing 4.25 lakhs grams of gold which held the value of about 50 lakh rupees. The report also talks about the donations which were 1.25 lakh grams of gold from the Tirumala Tirupati Devasthanams and 8 lakh rupees from Telugu film stars to the government.

In the article reported by The Hindu, an article from the archive dated December 11, 1965, clears all the doubts and discussions surrounding this issue. An important aspect of the information from the article that we have to note is the features of the scheme. It was seen to be an amnesty scheme to which the basic gold customs and schemes were not applicable. Moreover, according to a press note from the government, the mode of acquisition of the gold is not “liable to tax under these enactments in assessments”. The article also highlights that the beneficiaries that this investment could yield is not of disclosure to the public and even RBI rejected an RTI query adhering to the same.

However, Najaf Ali Khan, one of the grandsons of Nizam Osman Ali Khan, said he was unaware of the payout. He said, “This is news to me. I don’t know who has claimed it. The Nizam had created 52 trusts but I am not aware of any trust receiving this money".

In conclusion, the myth and claims surfacing the internet, claiming that the Nizam had donated 5000 kgs of gold to help India is false. In reality, he had invested 425 kgs of gold in the National Defence Gold Scheme. It is also to be noted that, according to reports, the Nizam tried to retain Hyderabad as an independent state and even took this matter to the UN security council with support from Pakistan. This resulted in the defeat of the Nizam through Operation Polo which was a military operation ordered by Sardar Patel in 1948. This followed the inability from both sides to make mutual amendments.