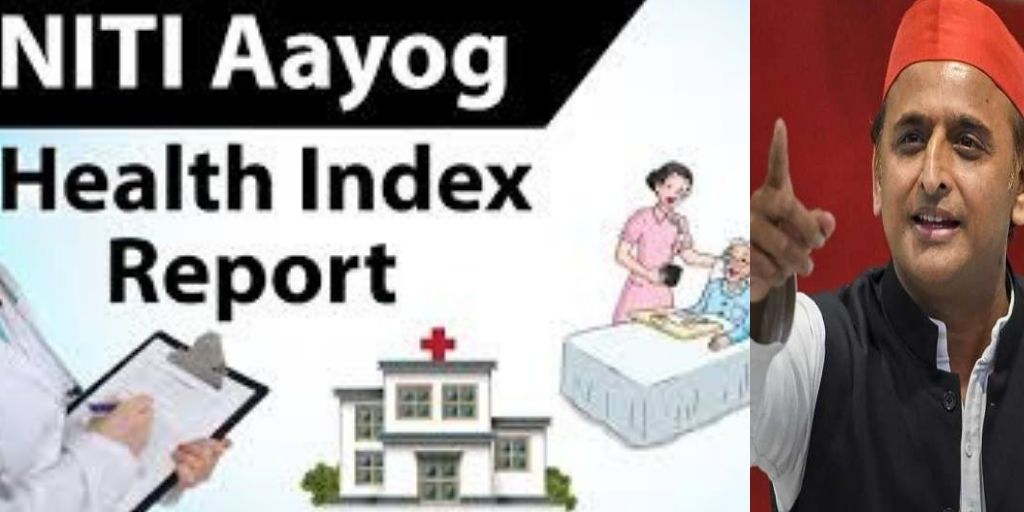 Akhilesh Yadav highlighted poor health parameters of UP in recently released Niti Ayog's Health Index report. However, he was himself in power during the majority of the time period of the report.

In a recent tweet, Akhilesh Yadav who is the President of the Samajwadi Party recently tweeted out an article about Uttar Pradesh being the state with the lowest health parameters. He had accompanied this article with a caption that criticised the BJP government’s negligence towards UP.

The tweet of his was linked with an article from India Today which has summarised the NITI Aayong health index of the June 2019 edition. The headline of the article reads “Kerala best state on health parameters, Uttar Pradesh worst: Niti Aayog health index”. Nikilesh Yadav should have tweeted out his criticisms solely reading the headlines. In his caption, he has blamed the BJP government for the low health parameters in UP and has criticised their negligence as being the major reason for such an outcome. 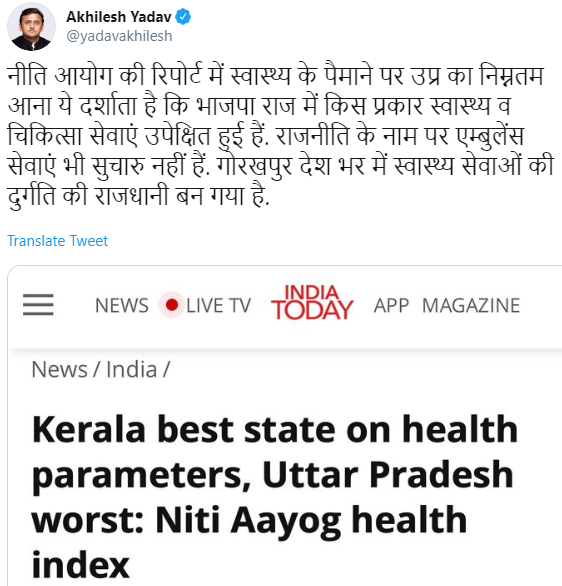 Basically, the health index is seen to be a composite measure of States and Union Territories based on 23 health indicators with major weightage to the outcomes. Few lines into the article, it is mentioned that this edition that is the second round of the health index took 2015-16 as the base year and  2017-18 as the reference year. It is a well-known fact that Akhilesh Yadav served as the Chief Minister of Uttar Pradesh from 2012 - 2017. To be precise, he assumed office on 15th March 2012 and on 11th March 2017, he submitted his resignation to Governor Ram Naik after being defeated by the BJP in the 2017 assembly elections.

Thus, the majority period used for collecting data and research about the health index was the time when Yadav was the Chief Minister and not Yogi Adityanath ( current CM from BJP party).

To confirm this, we read the report and the period of analysis of data is the same as mentioned in the India Today article. Quoting the foreword from the report written by the Chief Executive Officer, Amitabh Kant, “ I am delighted to present the second edition of the Health Index, which analyses the overall performance and incremental improvement in the States and the UTs for the period 2015-16 (Base Year) and 2017-18 (Reference Year), i.e., a two-year period.”

In conclusion, Yadav’s criticisms against the BJP government for the low health parameters in UP is not valid as he was in power during the majority of the time the data analysis by Niti Aayog was conducted. It also shows that Yadav has not himself read the article properly before tweeting it to his 9.8 million followers, thus highlighting the importance of verification of information before making claims.