It was not the BJP government that had provided Mukesh Ambani with the SPG security cover but it was the UPA government decision during its tenure in 2013.

Recently, the news emerged that Manmohan Singh has lost SPG cover but will be receiving Z+ security. The official Twitter account of Youth Congress tweeted out claiming and thus criticising the BJP government for providing Z-category security to Mukesh Ambani a few years ago but withdrawing the same for Manmohan Singh. 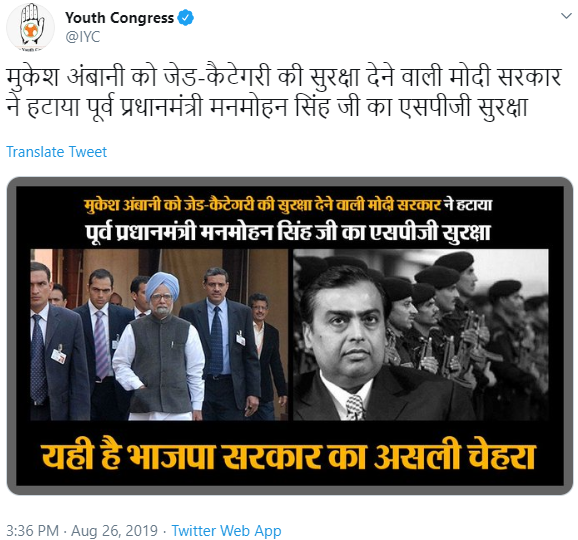 Z-Security was given by UPA Government

With basic research, we found out this claim is nothing but misleading and false. Looking at news reports of Deccan Herald and Business Standard from 2013, we can unveil completely different and opposing news to that given by IYC (Indian Youth Congress). 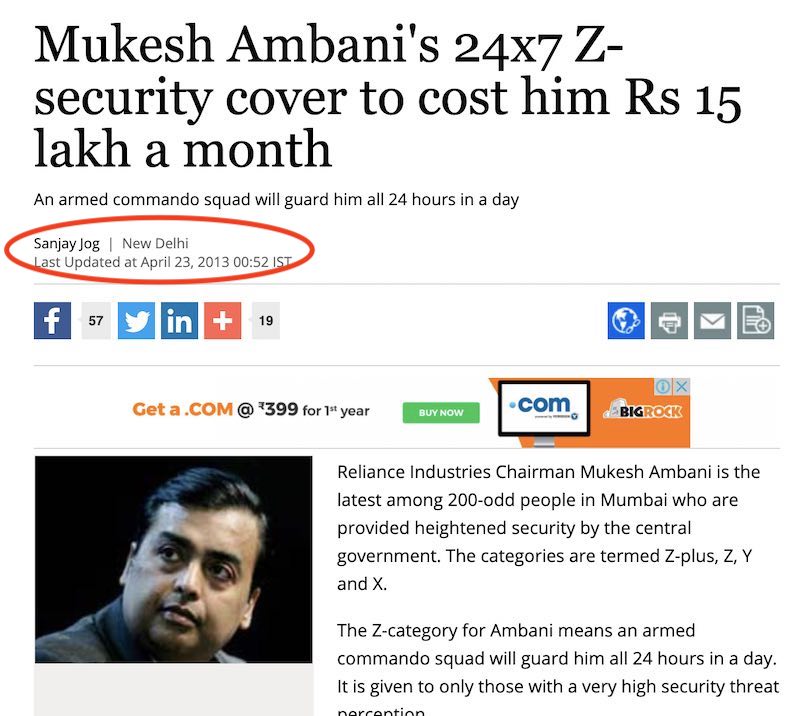 Thus, in conclusion, it is not the BJP government that had provided Mukesh Ambani with the SPG security cover but it was the UPA government decision during its tenure in 2013. Thus the Youth Congress has tweeted out abrupt fake news to create unnecessary hate propaganda against the BJP government.