Rumors about the illness of Acharya Balkrishna - No proof that he consumes cannabis (Ganja). 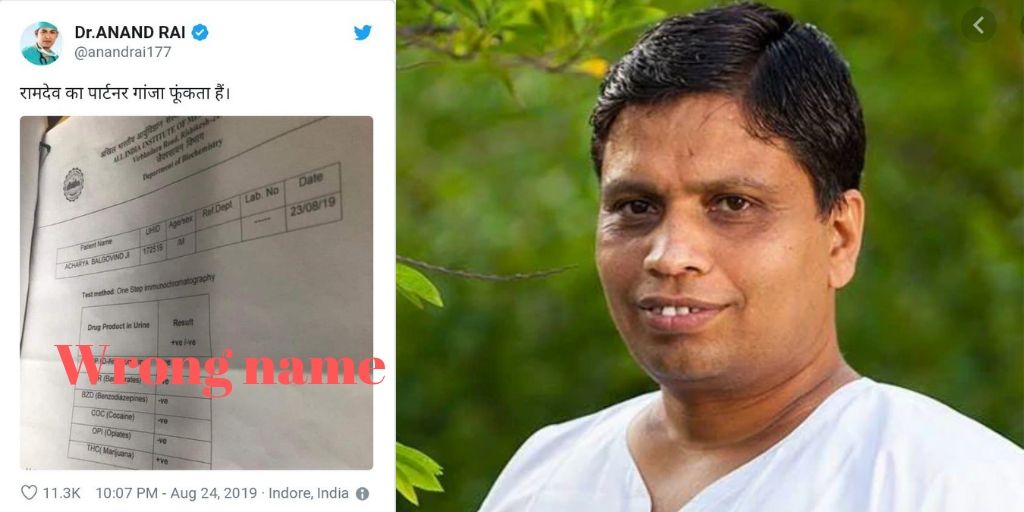 There is no conclusive evidence to suggest that Acharya Balakrishna consumes cannabis (Ganja). The name of Acharya on the viral report is wrong.

Acharya Balakrishna, a close aide of famous yoga guru Baba Ramdev and MD of Patanjali Ayurved Limited, was reported to be ill last Friday after which he was taken to the All India Institute of Medical Sciences (AIIMS) in Rishikesh. After this, in the last two-three days, on social media, rumors were raised Acharya Balkrishna consumes Hemp (Ganja). 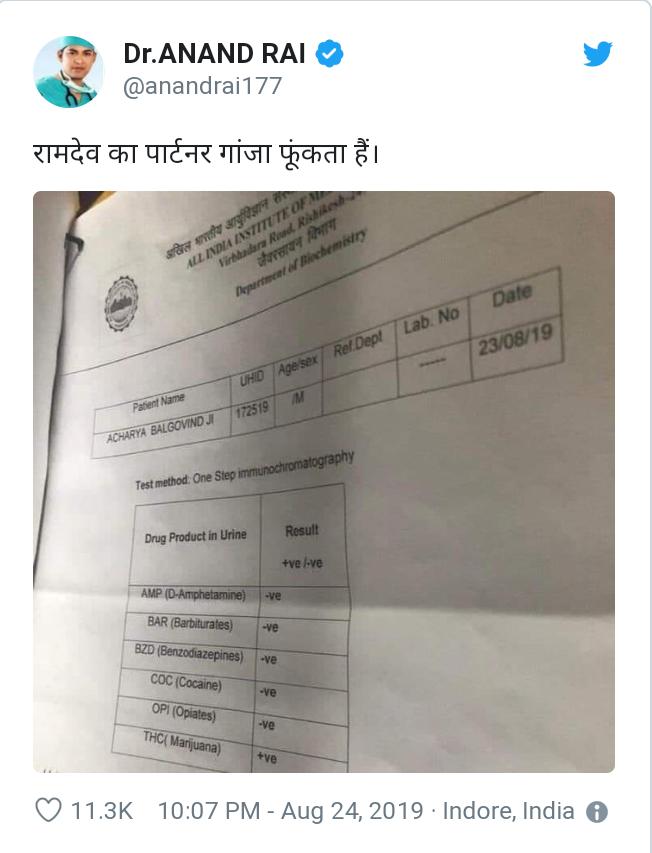 The tweet received more than 1,100 likes and 3,500 retweets at the time of writing the article. The report tweeted by Anand Rai indicates that urine test of the person is positive THC (Tetrahydrocannabinol), which is an active ingredient of Marijuana.

In the investigation, we found that the viral claim is false. According to a report Acharya Balkrishna was Hospitalized in AIIMS Rishikesh after he complained of suspected food poisoning symptoms on Friday afternoon. He ate a piece of sweet brought by someone and began to feel unwell soon afterward. Later he was admitted to hospital for several tests, including an MRI. In the test, his vital parameters were found to be normal, AIIMS officials said. He was discharged after being kept under observation of a team of specialists at the ICU for nearly 24 hours.

However, we immediately caught this lie because, In the medical report, tweeted by doctor Anand Rai, the name of the patient was Acharya Balgovind Ji while he was spreading the rumors against Acharya Balakrishna. Moreover, we couldn't find any close associate of Baba Ramdev whose name is Acharya Balgovind Ji. 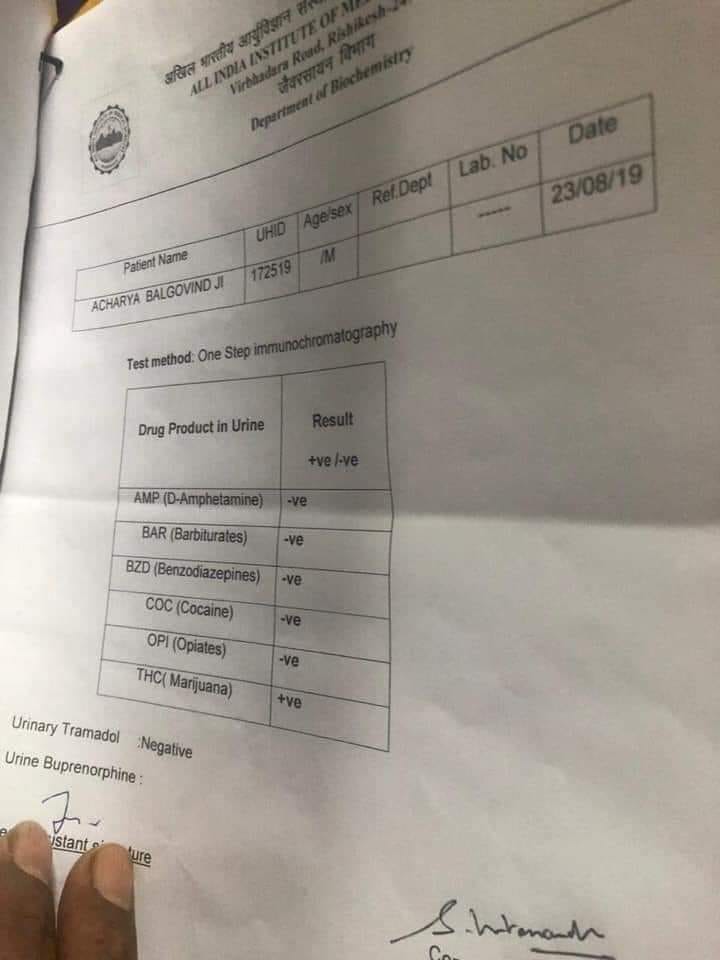 We also found the actual medical report of Rishikesh AIIMS on which Acharya Balkrishna's name was clearly mentioned. 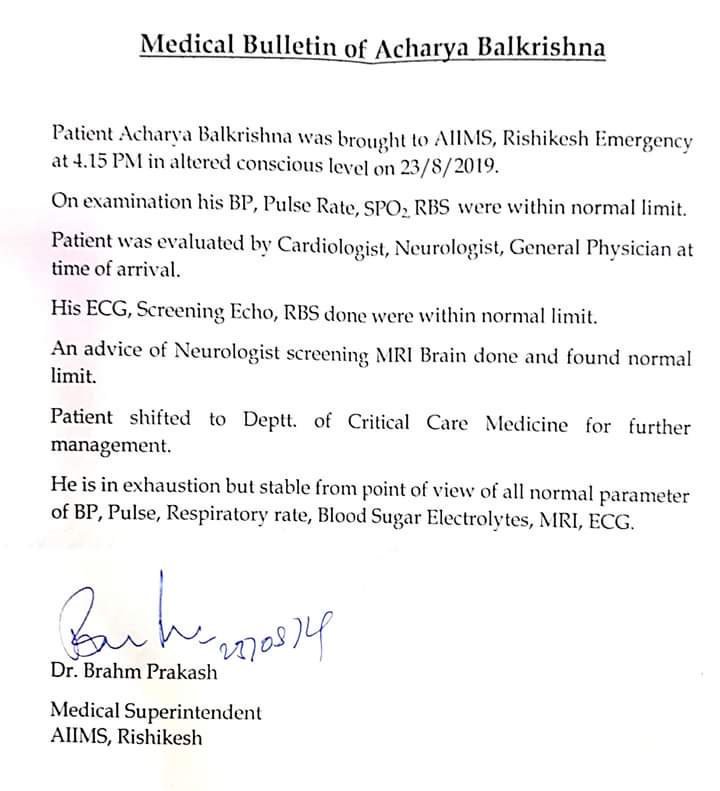 Conclusion: there is no conclusive evidence to suggest that Acharya Balakrishna consumes Hemp (Ganja). The name of Acharya on the viral report is wrong.