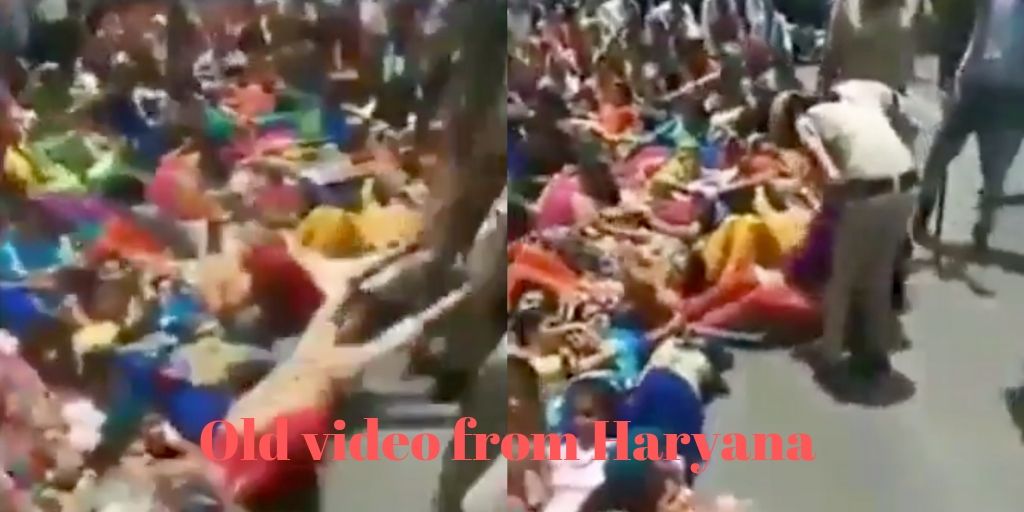 The video that was claimed by the Twitter user to be from Kashmir is actually a video from Haryana from almost two years ago adhering to a completely different and unrelated context to that of the Kashmir issue.

A Twitter user, recently tweeted out a video showing police being violent towards women and claimed that it is from Kashmir. The user has even used the hashtag #KashmiriGenocideByModi which has been a popular tag to spread fake news related to Kashmir.

The user has tweeted out the video telling that the UN is blind and deaf to the cruelty broken on Kashmiris. 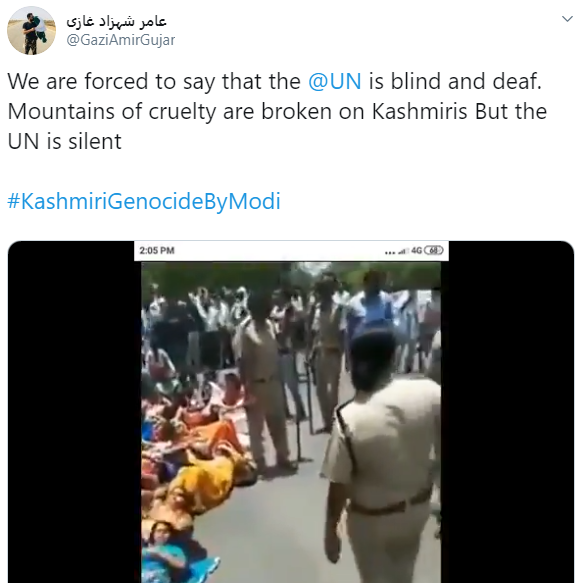 The tweet has more than 1100 retweets You can watch the video here:

However, the people being violently handled by the police are not Kashmiris nor is it from recent times. After doing some research, we found the same video tweeted by the user on a news website called ‘Amarujala'. The video has been posted on there with the caption in Hindi, which translates to “Police dragged teachers sitting on a dharna”. Moreover, the place where the incident took place is given as Karnal in Haryana. 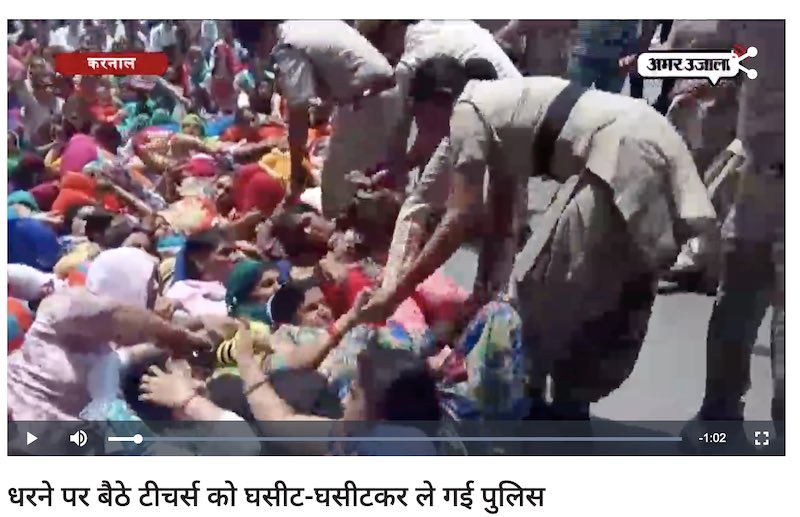 Here is a comparison of one of the keyframes of both the video which proves that the two videos are the same. 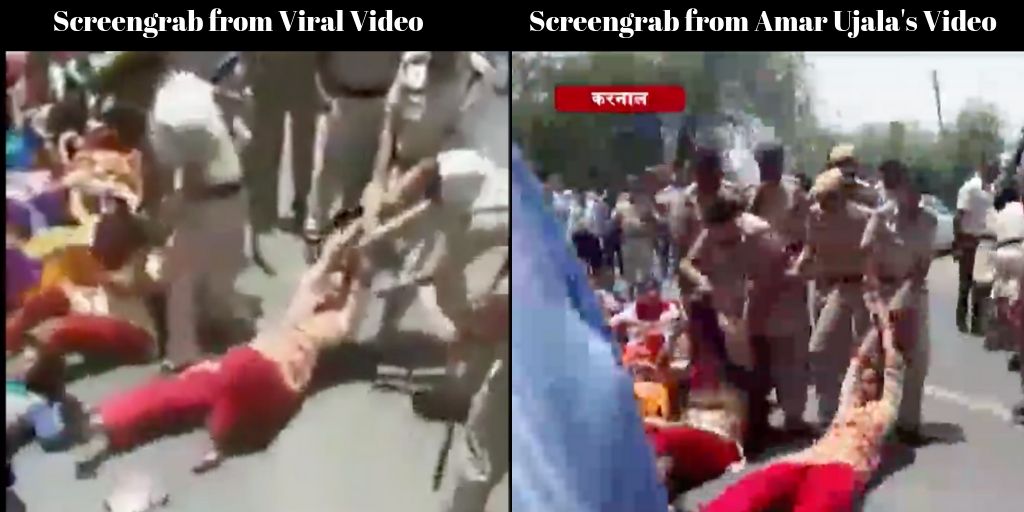 We found another report from the news website Jagran, which dates back to 11th June 2017. The article gave a detailed report about the protest of the JBT teachers outside the Chief Minister’s Camp Office. It is given that the administrative authorities asked the teachers to leave, however, as they had refused, the police had to use force. The anger of the teachers was due to the fact that the education department had given verbal orders “to remove newly appointed JBT teachers from the joint merit list from Monday”.

In conclusion, the video that was claimed by the Twitter user to be from Kashmir is actually a video from Haryana from almost two years ago adhering to a completely different and unrelated context to that of the Kashmir issue.