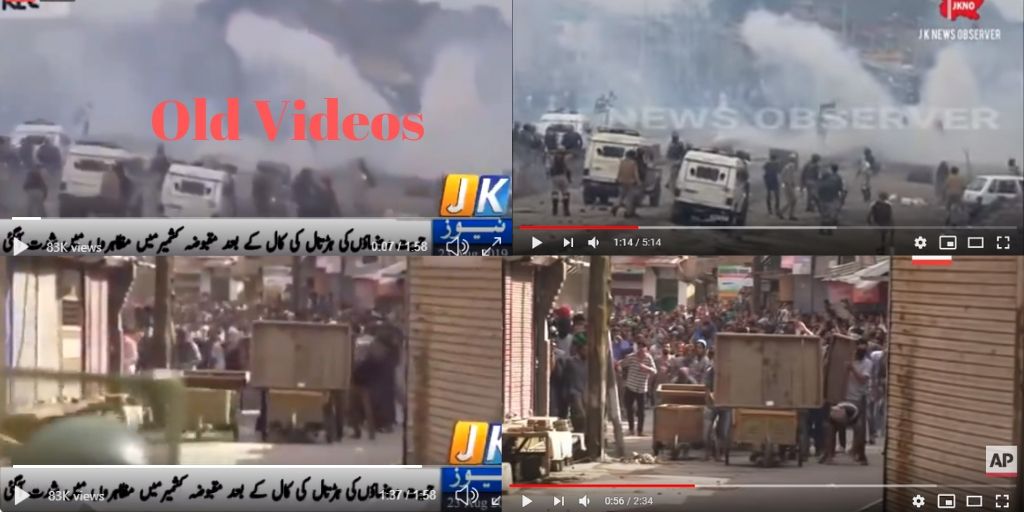 The official account of PTI party (Pakistan Tehreek-E-Insaaf)  tweeted out a video claiming that the Indian army is attacking Kashmiris which is leading to a revolution. The video shows a group of people fighting back with the army. This “revolution” is claimed to be the result of “human rights violations” according to them. Here, the tweet refers to the supposed aftermath of the revokement of Section 370. However, the claim made by them is absolutely false and the video is maliciously edited to spread propaganda and it is outdated. We will break down all aspects of fake news further in the article.

The official Twitter account of PTI tweeted out a video showing mutual violence among army men and citizens. In their caption, they have criticised the Indian government for “alienating” Kashmir and further claimed that men, women, and children who are unarmed are being attacked by the Indian Army. They have also added a sensational statement that the curfews and media blackouts instilled by the Indian Government cannot contain revolution which is the result of “grave human rights violations”. 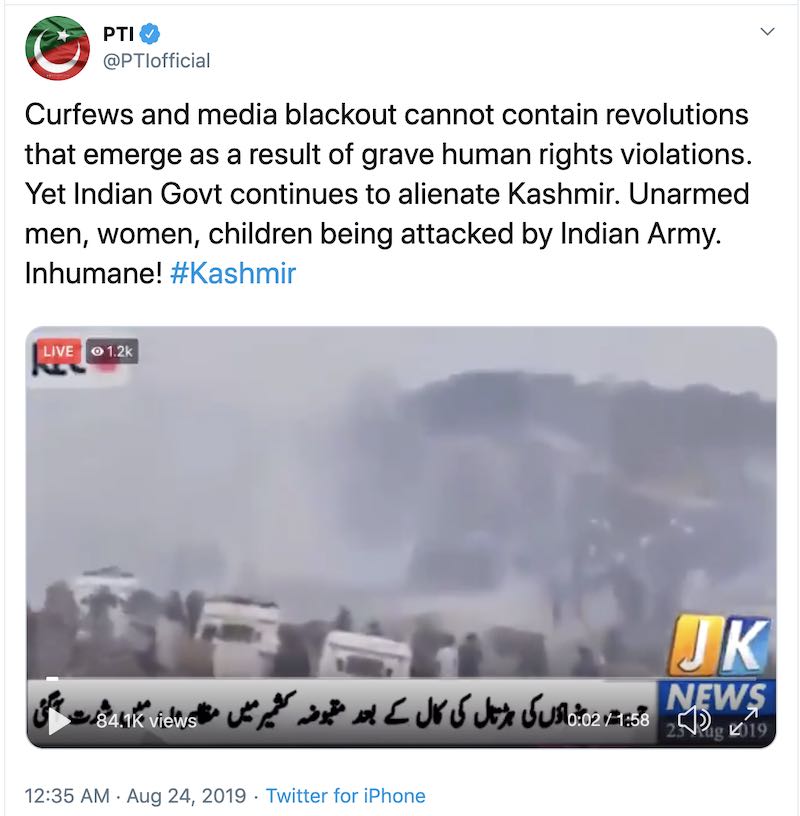 The video clips used by them is edited and outdated. Through basic research, we were able to find that both the videos used by them are not recent ones.

The first clip which ranges from the time span 00:01-01:29, has been edited in a manner which shows that it is supposedly from August 23, 2019, and it is being broadcasted live. However, it is from 2018. We found a video published on June 23, 2018 with the title “Heavy stone pelting in hmt Srinagar”. Here are screenshots from the video shared by PTI and the video from 2018.

The video from 2018 can be watched here:

The second clipping that has been used in the montaged video is from 01:30-01:58 and this is also not a recent one. We found a video with the same clipping on Youtube dating back to 2017. A detailed explanation of the happenings of the incident has been given in the description of the Youtube video. It is reported by that News Channel that this incident in Srinagar was a result of the death of Kashmiri rebel Sajad Ahmed. Given below are the screenshots from the video tweeted out by PTI and the one on Youtube dating back to July 2017.

The old video from 2017 can be watched here:

In conclusion, the video shared by Imran Khan's PTI is edited and the clips used in the video are old ones. It is to be noted that the Twitter account has more than 4 million followers and it is a shame that they are promoting hate propaganda against Indian by peddling with fake news.