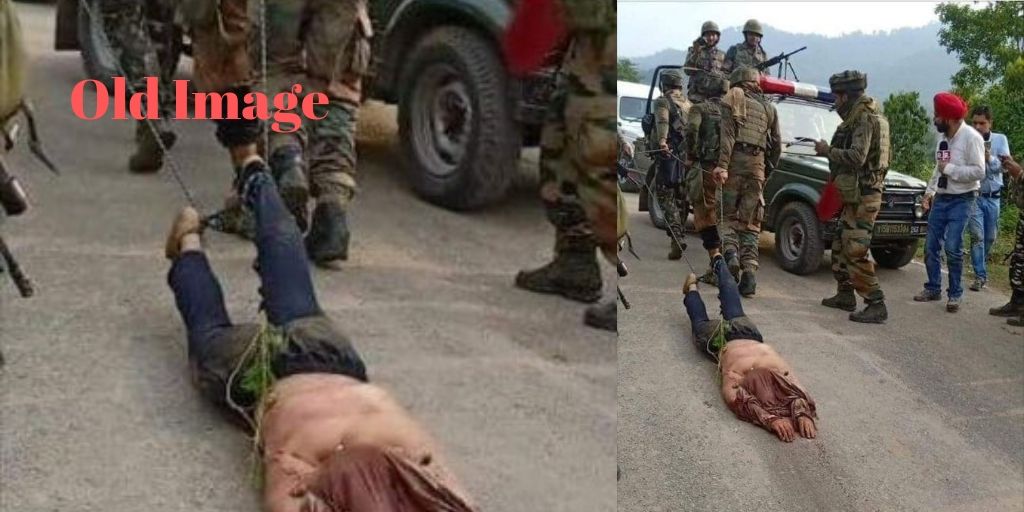 The dead body is not of a common man but a Jaish-e-Mohammed (JeM) terrorist which was dragged by the army men because Terrorists tie IEDs and grenades around their bodies which poses a threat to army men if they pick up the body.

A picture of army men dragging a dead body tied with a rope is being shared on social media. It is being claimed that the dead body is of Kashmiri youth. On 23 Aug, a Twitter user shared the picture with a message, "Those Kashmiris who say anything anti-Indian in IOK Indian army kidnaps them in middle of night and torture them to death. Infront of international media army personals busy making videos of protestors to take revenge on them after." 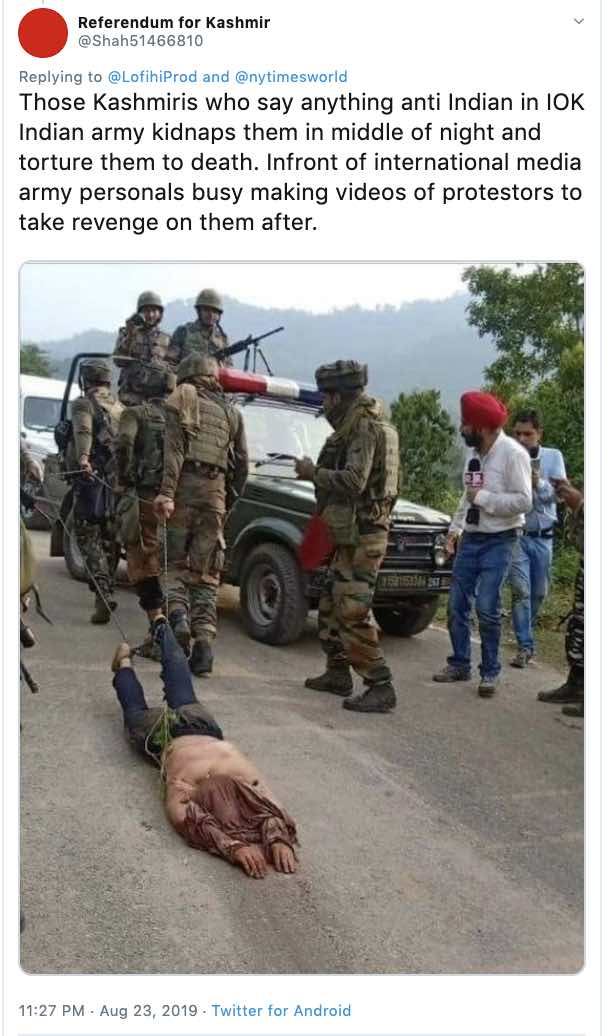 We did a reverse image search on Google and found that the picture is at least a year old. Last year, human right activist Khurram Parvez had tweeted the picture with a caption "Barbaric. This explains the Indian army's human rights conduct". 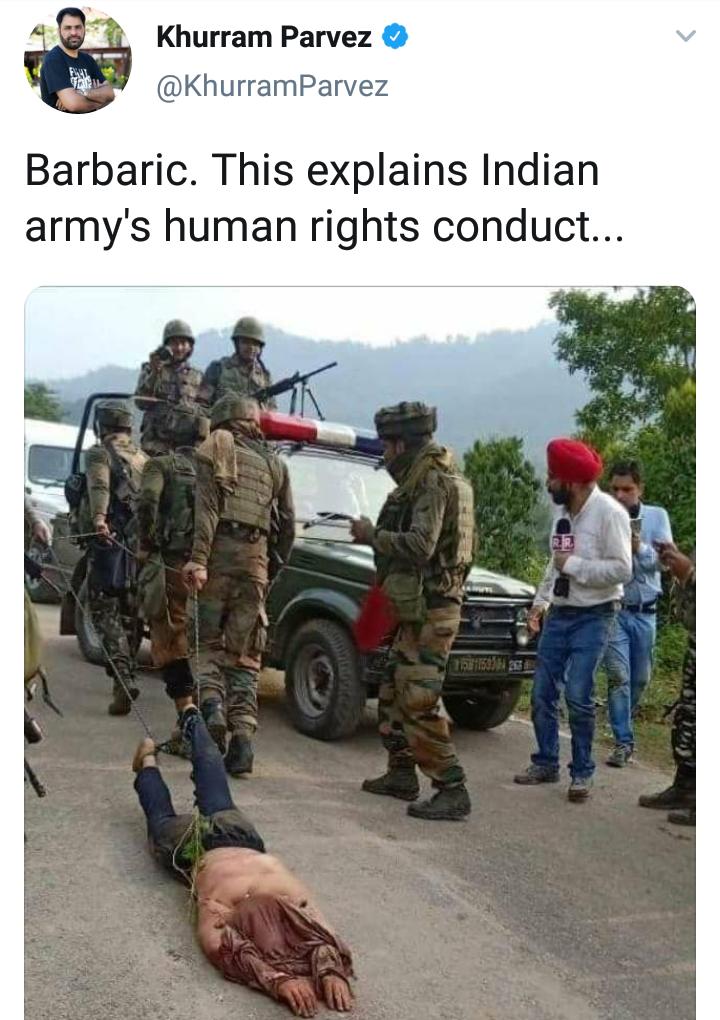 Secretary of the All India Progressive Women's Association Kavita Krishnan had retweeted the post with a message "Look at the men in Indian Army uniforms dragging the body of a Kashmiri man. Look at the reporter - is that an R on his mike, is he from @republic, is he an embedded journalist? Look at comments celebrating this atrocity! And in spite of this India will deny UNHRC report"!

According to a report, Indian army soldiers were dragging the dead body of Jaish-e-Mohammed (JeM) terrorist by chains tethered to his legs in Jammu and Kashmir.

In the press conference on Haifa Day celebrations, South Western Command chief Lieutenant General Cherish Mathson clarified that "Terrorists tie IEDs (improvised explosive devices) and grenades around their bodies and there is a threat to army men if they pick up the body. It is a drill of the army to drag the body with ropes to save themselves from activated IEDs or other explosives.

Major Gaurav Arya also clarified by tweeting "Before dying, a terrorist will remove the pin of a grenade & suppress the lever with his body, effectively booby-trapping his own body. When the dead body is moved, lever disengages & grenade goes off, killing security forces. This is why the body is pulled with rope. It’s common sense".

Conclusion: The dead body is not of a common man but a Jaish-e-Mohammed (JeM) terrorist which was dragged by the army men because Terrorists tie IEDs and grenades around their bodies and there is a threat to army men if they pick up the body.