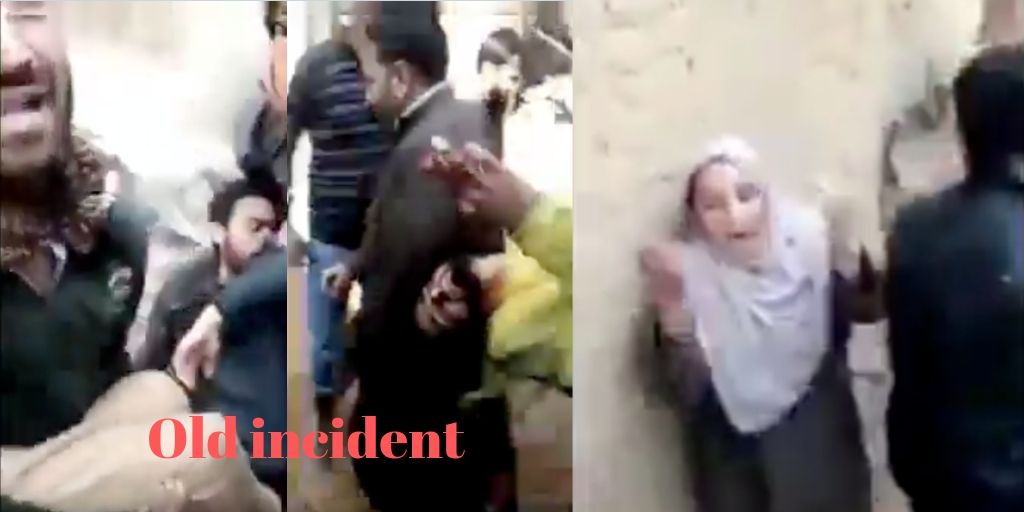 An old video of the aftermath of a bomb blast at an encounter site in Kulgam is being shared as Kashmiris getting massacred by security forces.

Following the recent Kashmir issue, which saw the revokement of article 370, fake news of all forms has been circulating. The main form of the passage of these fake news is social media. Some Pakistani Twitter users have been sharing a graphic video of injured people and claiming that it is the ‘massacre’ and ‘gunship attack’ against Kashmiris.

Senator Rehman Malik tweeted a video on 13th Aug asking Donald Trump and UN to take a look at the ‘gunship attack’ carried out against Kashmiris. with a caption "President ? @realDonaldTrump ? and ? @UN ? and other human rights bodies to take notice of this Indian gunship attack on innocent Kashmiris who are demanding their right of self-determination as per UNO resolution.? @narendramodi ? ? @hrw ?" 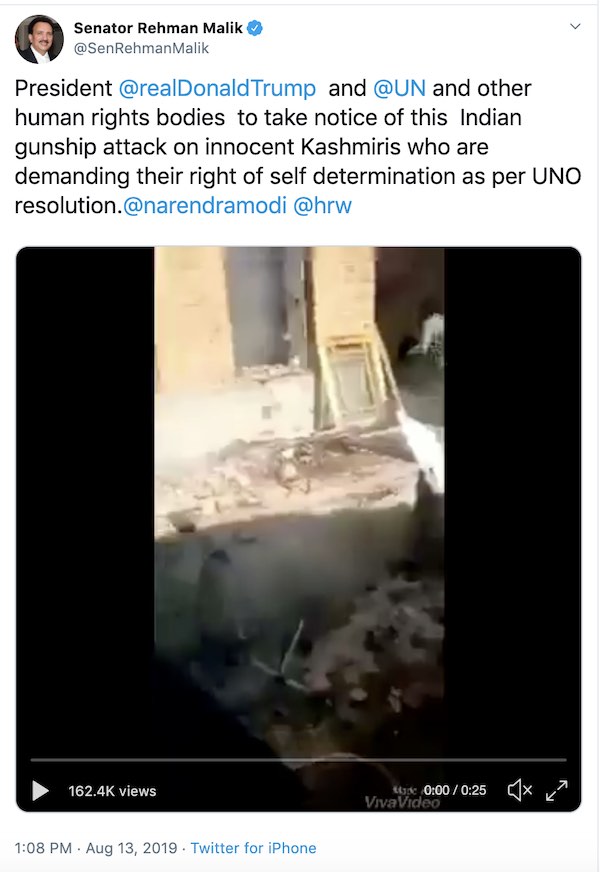 The video was first shared by a Pakistani user on August 10th, 2019 to claim that the massacre has started in Kashmir.

"Massacre started in Kashmir. This video has been sent by a Kashmiri sister. Quaid-e-Azam has ordered the army to march towards Kashmir. We are providing diplomatic, moral and political support. Imran Khan says he will respond if Pakistan attacks. Isn't Kashmir Pakistan? Did Tipu Sultan go that way?" (roughly translated from Urdu).

This tweet of his has been viewed around 60k times and has thousands of retweets and likes.

This video is outdated and the context of his tweet has simply been made up by him. The original video on Twitter was posted in October 2018. The user had shared this video with the context of 7 people dying due to Kulgam encounter in Kashmir. 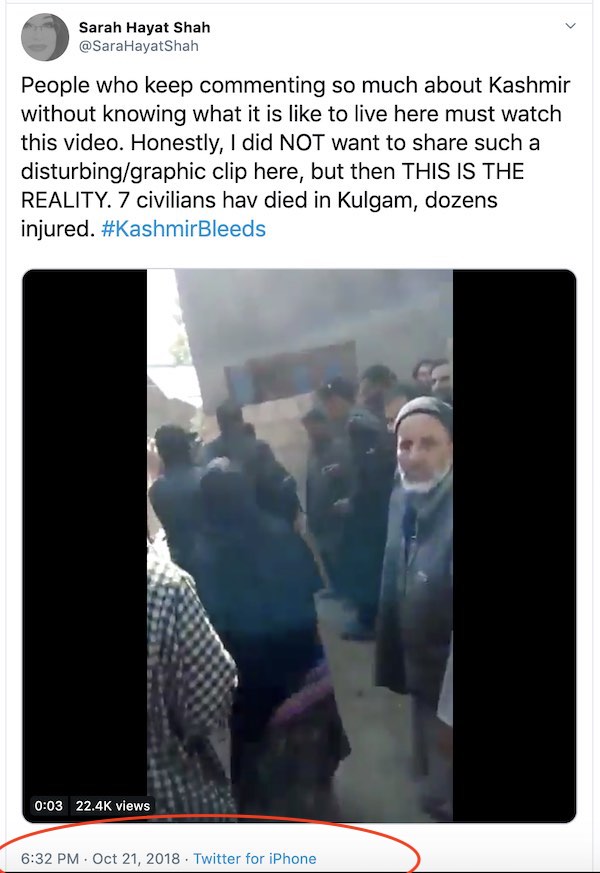 According to news reports, the civilians were advised not to go to the encounter site as a thorough search was being done after the operation that had happened there. This caused the death of 7 of them and several others being injured.

In conclusion, the video being shared by Twitter users which shows injured people being carried for rescue is not from the supposed Kashmir ‘massacre’ or ‘gunship attack’. It is from 2018 when 7 civilians were killed after explosions in a restricted area following an operation.

This is not the first time Twitter users with large reach have shared fake news. Social media is seeing a hike in the sharing of false and outdated news. Some users are using the sensitivity of the situation to spread false propaganda.

Earlier, older images were shared by a Pakistani politician to highlight police atrocity in Kashmir. However, none of the pictures tweeted by him was related to recent incidents in Kashmir.

Many Pakistani users had shared Old mock drill video of Khunti police to Kashmiri protestors being shot down by police.

No firing incidents in Valley in past one week: J&K Police

The Jammu and Kashmir Police have brushed aside media reports of firing incidents in the Kashmir Valley, saying they did not fire a single bullet for nearly a week and the situation in the region is calm.

Inspector General (IG) of Police, Kashmir, SP Pani has also rejected media reports, saying they are false and no firing incident has taken place in the Valley in last one week.

However, it is important to mention that Siddharth Varadarajan has reported in The Wire that at least 21 young men and boys were brought in to Srinagar’s main hospital for treatment for pellet injuries in the first three days after the Modi government announced the scrapping of special constitutional provisions for Jammu and Kashmir, and the end of its status as a state. However, we couldn't independently verify the authenticity of the report.