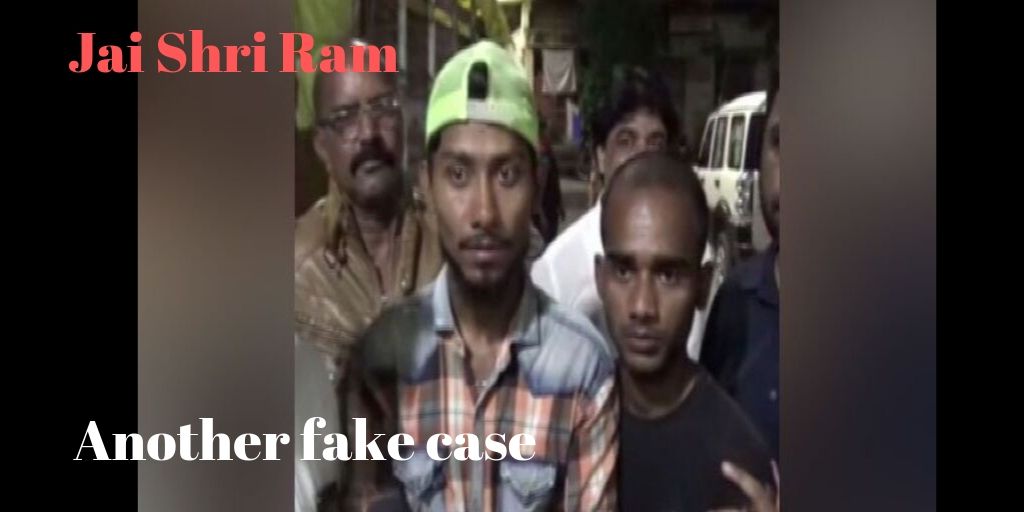 The victim said to the police that the minor scuffle he had with the car driver at Bajrang Chowk reminded him of the Hudco corner incident, so he invented the whole story of being forced to chant 'Jai Shri Ram' in order to teach the car driver a lesson.

Within few days, after a Muslim man was thrashed by a group of unidentified persons and allegedly forced him to chant "Jai Shri Ram" in Aurangabad city of Maharashtra, a similar incident was reported in the city. Two Muslim youth were threatened by a few miscreants after they refused to chant 'Jai Shri Ram' near Azad Chowk in the district.

Shaikh Aamer, a delivery man for a food delivery app was going on a motorcycle with a friend to collect a takeaway from a restaurant on Jalgaon Road, Aurangabad when few men after asking their names allegedly told them to chant “Jai Shri Ram”. When Shaikh and his friend refused, the suspects threatened them with dire consequences. They were let off only after chanting the slogan. The incident was caught on a CCTV camera. Four engineering students were arrested in this case. 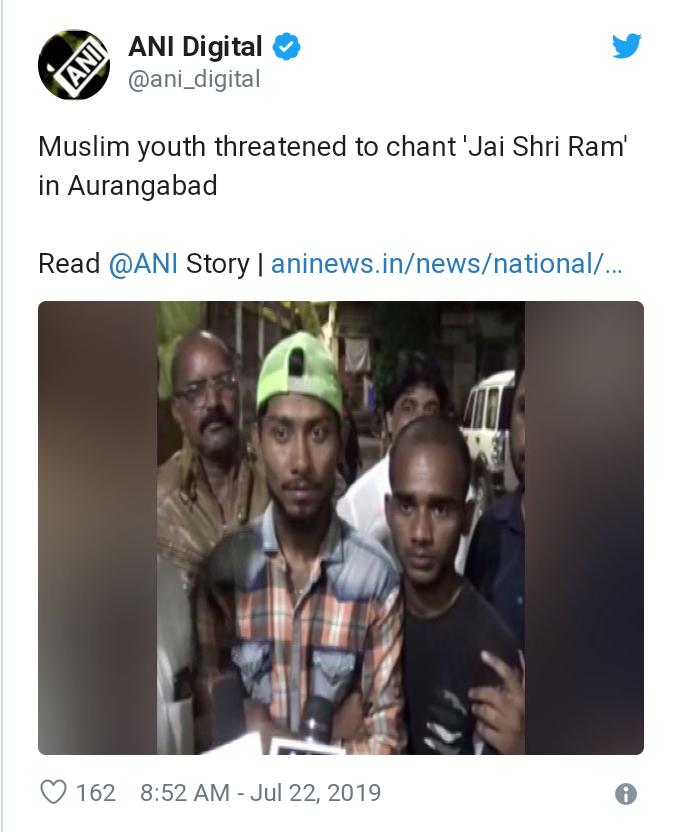 After that  Police commissioner, Chirnajiv Parsad says they have registered an FIR & they will investigate the matter impartially. 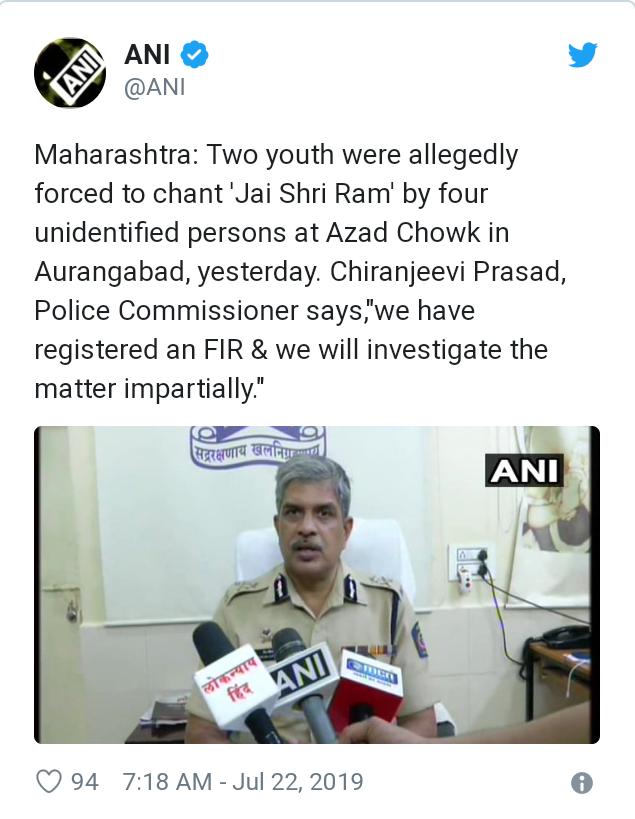 Fabricated the story to elevate his name in the community

According to the police sources, victim Aamer had told that he had a minor debate with the driver but when he remembered the incident of Hudco Corner, last night he invented the fake story to teach a lesson to the driver and get him punished. Thinking this will elevate his name in the society, he filed a false complaint that the driver and his companions threatened to beat him for not chanting 'Jai Shri Ram'.

Based on a complaint filed by the two men, police registered a case under Indian Penal Code sections 153 (wantonly giving provocation with an intent to cause riot) and 295-A (deliberate and malicious acts intended to outrage religious feelings), and 506 (criminal intimidation).

It is reported that the four arrested by the police are college students. When the police interrogated them, everyone admitted that there was a minor dispute with a bike rider while turning the car, but they didn't force them to chant 'Jai Shri Ram' or threatened them.

Two days back, a similar case has happened in the Aurangabad city of Maharashtra where it was claimed that a man was allegedly thrashed by a group of unidentified persons and forced him to chant "Jai Shri Ram" However, the eye-witnesses who came to the victim's rescue have denied that he was forced to chant ‘Jai Shri Ram’. Instead, they have asserted that the incident was a result of a personal feud.

Conclusion: the claim is false that the two, Muslim youth were threatened by a few miscreants after they refused to chant 'Jai Shri Ram'. After an investigation by police victim, Aamer accepts that he invented the fake story to elevate his name among his community members.

Incidents of members of the minority community being cornered and forced to say "Jai Shri Ram" has been reported from various parts of the country in the last few months. These incidents made 49 celebrities to sign a letter to the prime minister Modi expressing regret that 'Jai Shree Ram' has become a war cry today.

However, we have done a detailed story to debunk all such cases. We highlighted three cases (Aurangabad, Bhagpat, and Hyderabad) where victims have fabricated the story, two cases (Aurangabad and Rohini) where eye-witnesses refute the allegation, two cases(Unnao and Gurugram) where no conclusive evidence is available to support victim's claim and police's version differs from the victim's account, one case where media gave communal spin (Kanpur Auto-driver's case) and one case in which perpetrator was a Muslim himself.

However, it is equally true that some cases have indeed been reported where victims were forced to chant the religious slogan and video of the incident is available.