Fact Check: Modi govt has not approved a separate passport and flag for Nagaland 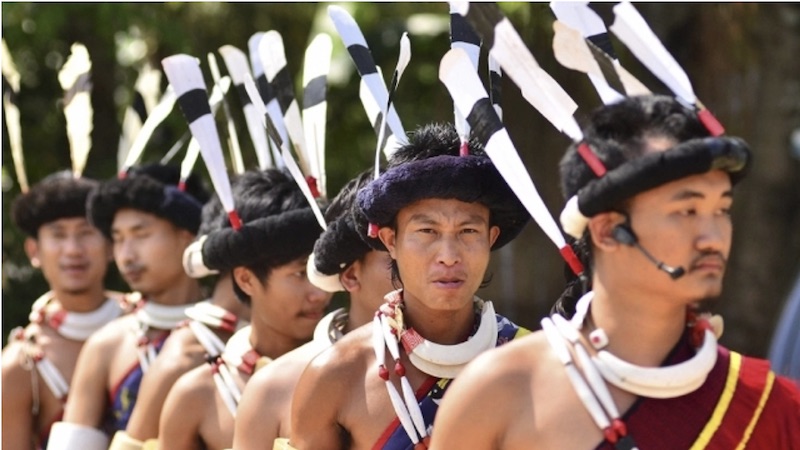 The claim that Modi govt has approved an 8-point agreement with National Socialist Council of Nagaland (NSCN-IM) which includes a separate passport and flag for Nagaland is false. The false claim was propagated by the National Herald and Imphal Times.

Recently, National Herald published a news story that claims that Modi govt has approved 8-point agreement with National Socialist Council of Nagaland (NSCN-IM) which includes a separate passport and flag for Nagaland among other things

The first paragraph of the article also says that the eight-point demands have been signed between the two entities under the Peace Accord.

As per reports, the 8 points signed under Peace Accord are:

The report by National Herald and Imphal Times has also been spreading on social media. Some Twitter users took the platform to express their opinions and target the central government led by BJP who project themselves as a nationalist party. 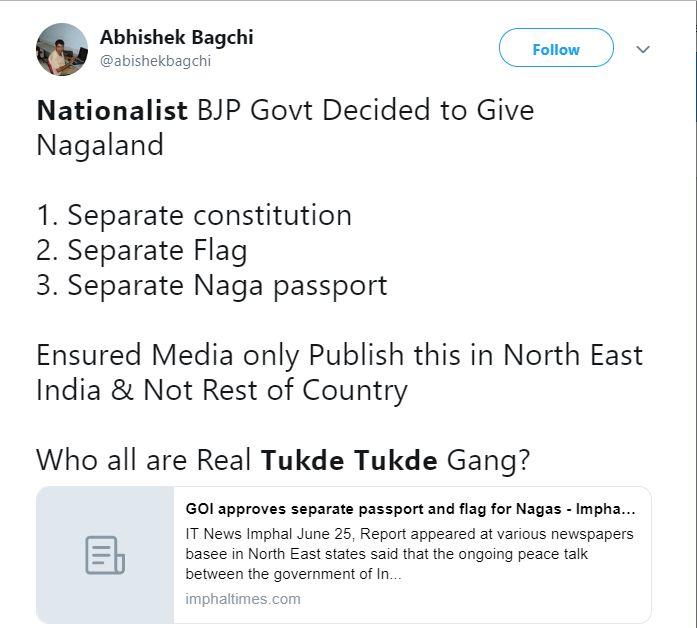 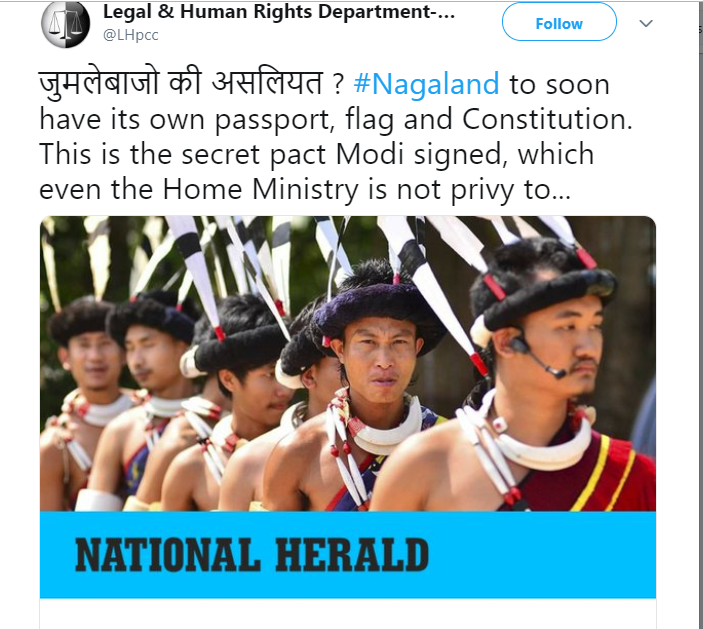 Nagaland Post interrogated Deputy National Security Advisor R.N. Ravi who was recently appointed as the Governor of Nagaland, about the publication of reports by several agencies claiming that the government has approved separate passport and flag for Nagaland.

“These are all mischievous rumours. There is nothing in it.” said Ravi. He also said that most of the issues have been resolved with the Naga National Political Groups (NNPGs), however, the final agreement is yet to be signed and the process is still “going on”.

When questioned about the delay in the final decision, he explained how it is not the government’s fault and that the final agreement can be signed if “Naga negotiators reciprocated with pragmatic flexibilities”.

Our Twitter handle pointed out the National Herald's misleading story on July 15th. 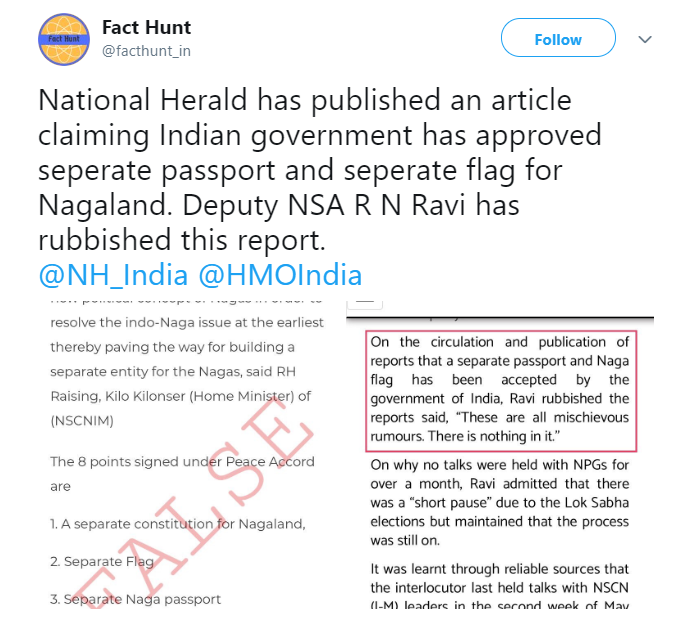 Thus, in conclusion, it is false news that the final agreement between the NSCN-IM and the government of India has been signed. It is still in negotiatory terms and though most issues have been resolved, some of them are still pending like separate flag and constitution. Ravi also promised the best possible solution to the people of Nagaland.