No, an Imam in Bhagpat was not thrashed for refusing to chant Jai Shri Ram: It was case of petty brawl with some men 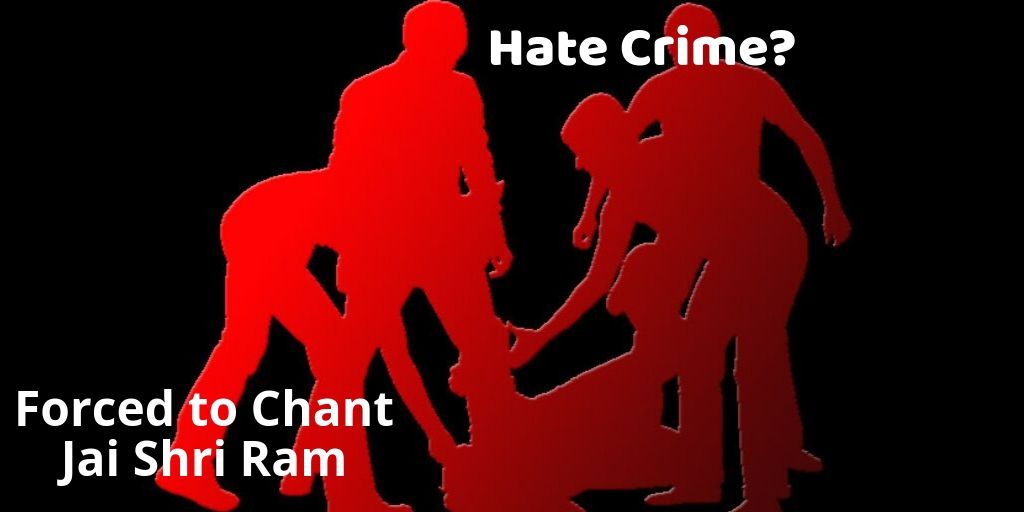 The claim that an Imam was attacked and abused because he did not chant “ Jai Shri Ram” appears to be false. This was a case of a petty brawl between some men and the Imam. According to SP of Bhagpat(UP), Imam added the religious color in order for his case to be taken seriously.

In recent times, several incidents of mob lynching and other forms of attack against Muslims has been reported by several media platforms. Even though there has been a toll on the hate crimes on a religious basis, some incidents have been reported by media houses which are contextually wrong. In this article, we will be looking at two events that highlight this issue and especially the ignorance of media houses.

A few days ago, news platforms like the Indian Express and Scroll published an article that claims that 12 people have been booked for forcing an Imam ( a person who leads prayers in a mosque ) to chant “Jai Shri Ram”.  It was reported that the Imam was forced to chant “Jai Shri Ram” and his beard was also pulled. It also reports that the police has booked 12 people in this case.

The victim, Imlaq-ur-Rehman, a resident of Muzaffarnagar, was on his way to his village when around 12 youths approached him, assaulted him, and also pulled his beard. Rehman also claimed that he was forced to chant “Jai Shri Ram”.

The complainant said the accused told him to shave off his beard and then visit the village. He said that two local residents rescued him and raised an alarm.

However, none of the above narratives given by Indian Express are true. In reality, the Superintendent of the Baghpat police station has confirmed to OpIndia that none of these narratives are true and the actual reason for the assault was a ‘petty fight’ among the Imam and some men.

So, how did this wave of misinformation develop?

Furthermore, another false aspect of the reporting done by the media houses is regarding the case being booked against 12 men. This is not the case because the SP confirmed to OpIndia that they have not arrested any people as of now and that they have suspected 2-3 men for being involved in the assault. From reading the articles published by the mainstream news agencies, we learn that this misinformation was first spread by PTI.

The same false information has been shared by several people on social media. 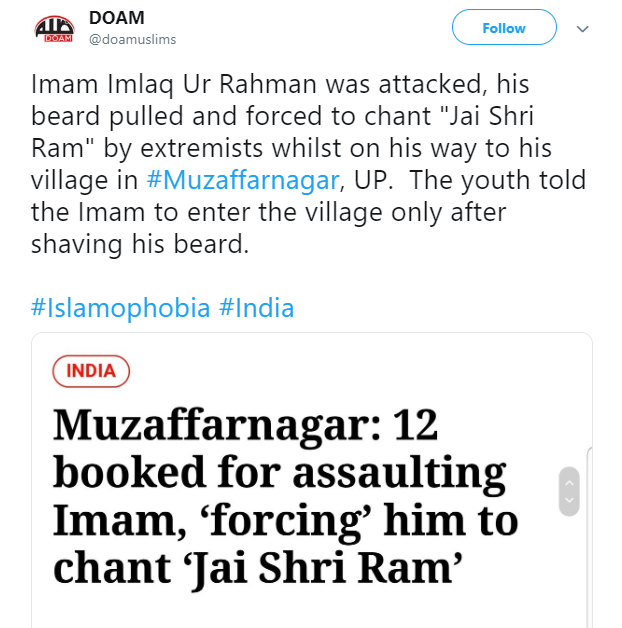 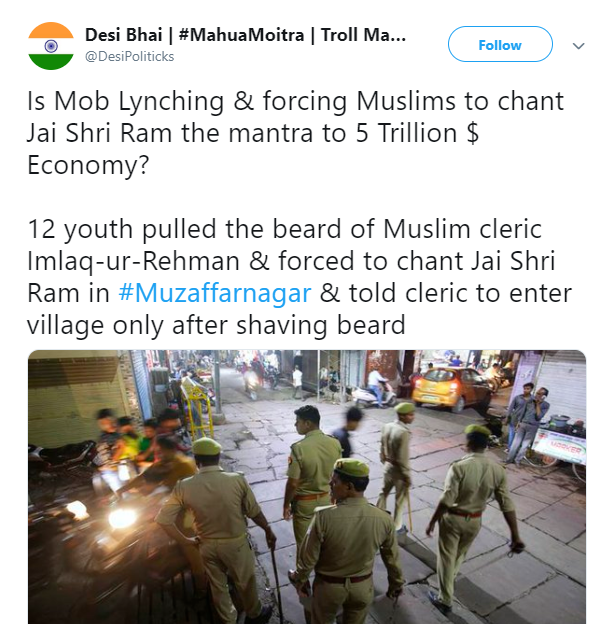 Another case from a few weeks ago deals with a Madrasa teacher from Delhi claiming that he was abused and run over by a car after not chanting “Jai Shri Ram”. However, this narrative was not proven as no evidence was found by the police and even the eyewitnesses did not support the Madrasa teacher’s narrative.

In conclusion, the news reported by mainstream news agencies that an Imam was attacked and abused because he did not chant “ Jai Shri Ram” appears to be false. The claim that a case has been booked 12 men is also false as the investigation is underway and the police have just suspected 2-3 men but have not arrested any. It is a shame that PTI spread this misinformation and the mainstream news outlets picked up the news without any verification.

Ever since Narendra Modi led NDA government came back to power after their resounding win in the Loksabha election, several cases have been reported where people from minorities community were forced to chant Jai Shri Ram and was thrashed for opposing it.

However, we have reported many cases where such claims have been proven false. A few days back, it was claimed that Madarsa students were beaten for not chanting Jai Shri Ram in Unnao, UP. However, Unnao police didn't find any evidence to prove this claim. As per police, it was a fight over cricket.

In a similar incident which took place on 4th July, it was initially claimed that a group of men locked up an auto driver in a washroom and pelted stone at him for not chanting "Jai Shri Ram". But later it came into the light that he was thrashed for refusing an auto-ride to the accused.

To create communal tension, there have been cases when Muslim men have forced another Muslim to chant Jai Shri Ram, recorded the video and shared it on the internet.