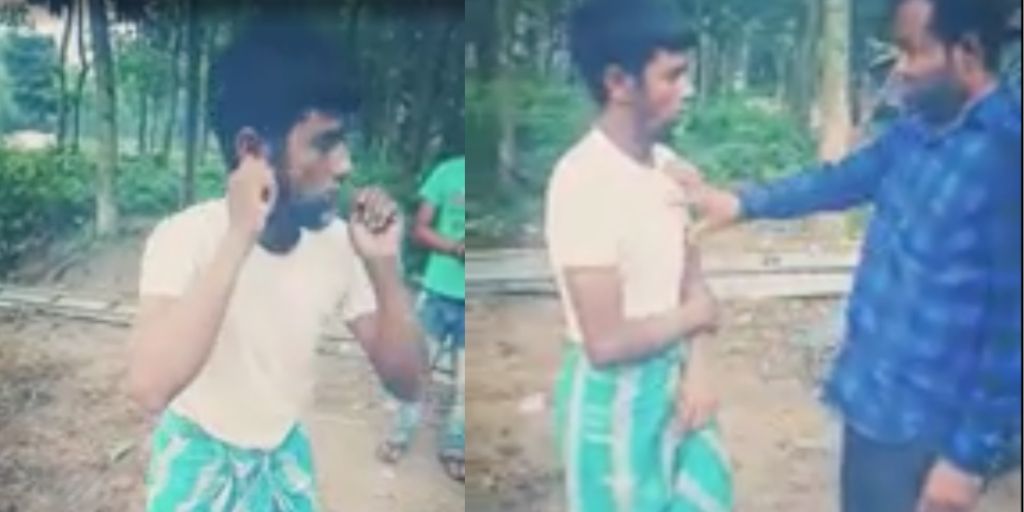 The claim that a Muslim man was forced to do sit-ups holding his ears and chant Jai Shree Ram in West Bengal’s Coochbehar district by Hindutva forces is false. The perpetrator is a Muslim himself.

A video is going viral on social media in which a Muslim man was forced to do sit-ups, while holding his ears, and to chant “Jai Shree Ram”. Once he chanted the slogan, he was slapped by the perpetrator.

A Facebook page Mangalore Voice shared the video with a caption "HINDUTVA TERROR ALMOST HIJACKED HINDUISM
In the video, a man was being made to do sit-ups holding his ears and forced to say Jai Shree Ram’. The man followed helplessly. West Bengal’s Coochbehar district". 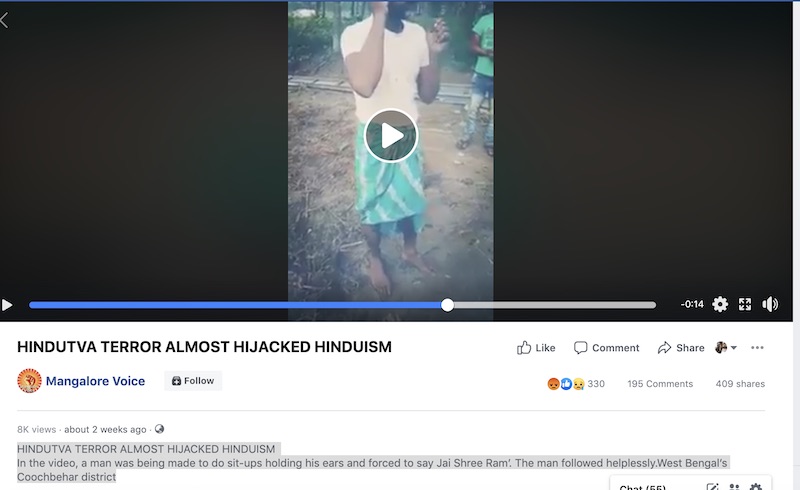 The perpetrator is a Muslim himself

As per a report by Mumbai Mirror, the video is real and a middle-aged man from the minority community was indeed made to do sit-ups holding his ears and was made to chant 'Jai Shri Ram' in Coochbehar district of West Bengal. However, the twist of the story is that the perpetrator is a Muslim himself.

The perpetrator Apsi Miyan (a Muslim man) had beaten up and tortured the Muslim man, Asgar Ali, and Utpal Das.

After the video went viral, Apsi Miyan was arrested and produced in a local Cooch Behar’s Tufanganj court.

The case was also investigated by India TV. As per their report, the video was shot on 30th May 2019. You can watch their video report here:

Ever since Narendra Modi led NDA government came back to power after their resounding win in the Loksabha election, several cases have been reported where people from minorities community were forced to chant Jai Shri Ram and was thrashed for opposing it.

However, we have reported many cases where such claims have been proven false. A few days back, it was claimed that Madarsa students were beaten for not chanting Jai Shri Ram in Unnao, UP. However, Unnao police didn't find any evidence to prove this claim. As per police, it was a fight over cricket.

In a similar incident which took place on 4th July, it was initially claimed that a group of men locked up an auto driver in a washroom and pelted stone at him for not chanting "Jai Shri Ram". But later it came into the light that he was thrashed for refusing an auto-ride to the accused.