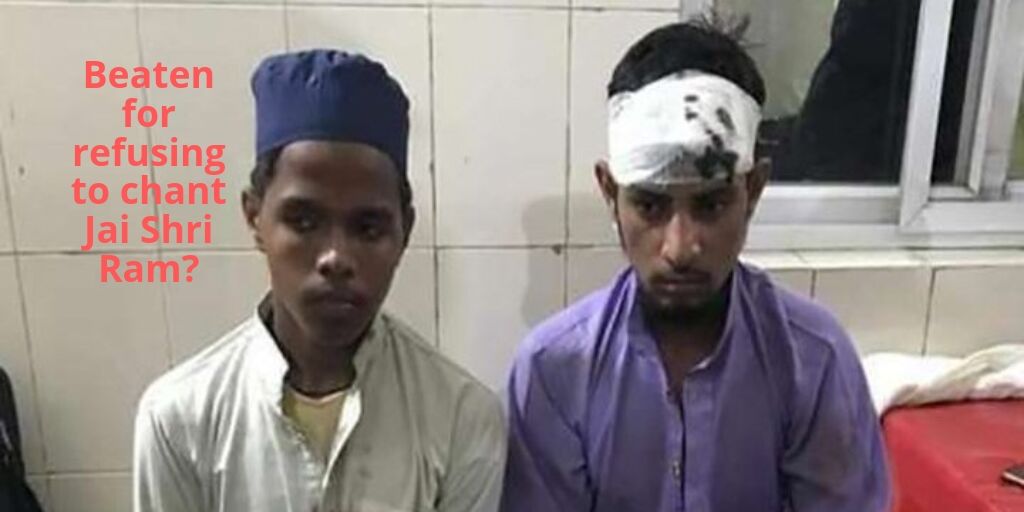 The claim that a group of Madrassa students was brutally attacked by some people for not chanting "Jai Shri Ram" in Unnao appears to be false. After an investigation by police, no religious angle has emerged so far in this case.

On Friday, a report went viral on social media that a group of Madrassa students was brutally attacked when they were playing Cricket at the GIC ground in Unnao, Uttar Pradesh on Thursday and were allegedly forced to chant ‘Jai Shri Ram’, and beaten up with a cricket bat and their kurtas were torn.

Ravish Kumar covered this incident in his prime time show on NDTV. (6th minutes onward in the video):

The incident was widely covered by many mainstream media houses.

According to Naeem Misbahi, Maulana of Jama Masjid, Unnao: the incident took place on Thursday. "Three children were beaten by some boys while they were playing cricket after they refused to chant 'Jai Shri Ram'. They also pelted stones at children. On checking the Facebook profile of the boys, we got to know that they've linked with the Bajrang Dal people," 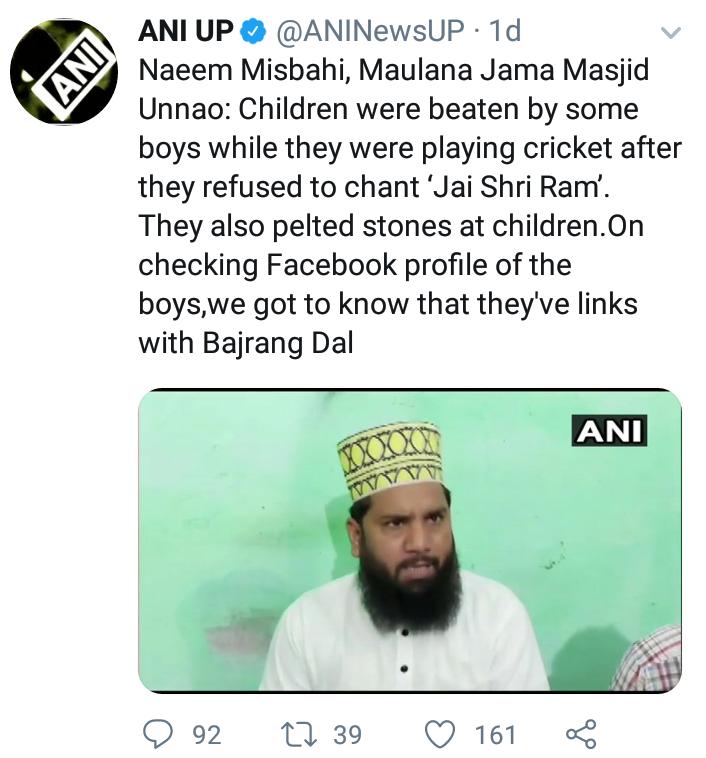 After that, an FIR was registered against four people on the complaint of madrasa operator Nisar Ahmad under IPC Sections 323 ( voluntarily causing hurt), 352 (assault or criminal forces), 504 (intentional insult with intent to provoke breach of the peace) and 506 (criminal intimidation).

The post is also getting viral on Twitter. The official account of Congress tweets a post with a caption "Innocent Indians are being attacked on a daily basis in the name of Lord Ram, which raises serious questions on the ability of the state to ensure the safety of citizens. We urge the Government to take strong measures to keep all Indian citizens safe". 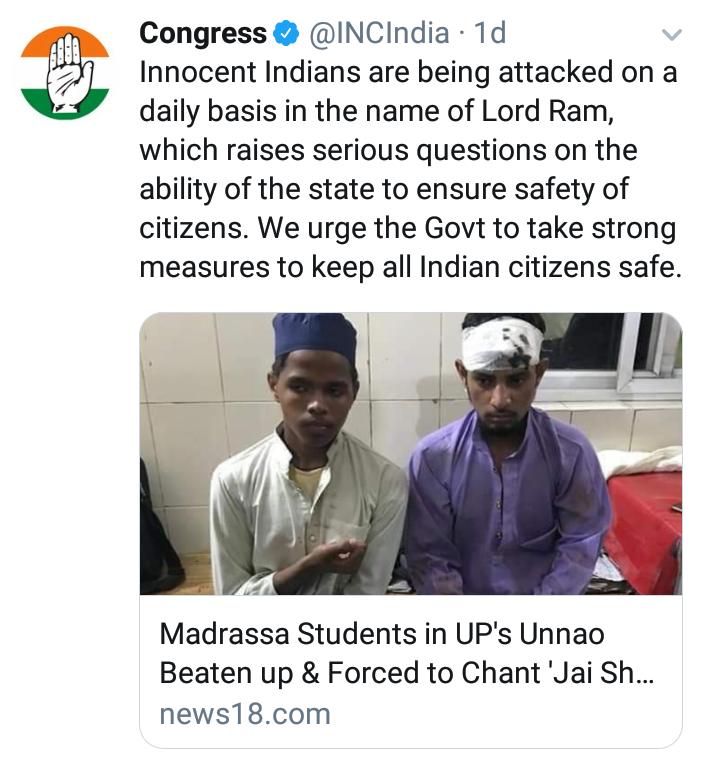 After an Investigation by police, they denied the claim that the Children were beaten up for refusing to say "Jai Shri Ram". IG Law and Order, Pravin Kumar said there was a dispute between two sides over playing cricket. "The local police took effective action on the issue. No religious slogans were raised. Some people are trying to give it a communal color to promote conspiracy. Police will take strict action against it,".

ADG Law and Order, PV Ramashastri said that some anarchist people were attempting to flare up communal tension." Such people won't be successful as UP police will tackle them effectively. Police are working without any discrimination".

Unnao Police has issued a press release to inform that according to CCTV footage & probe, those named in FIR weren't there at the spot. Madrasa students had an argument with one of the 4 people in the other group which led to a clash. 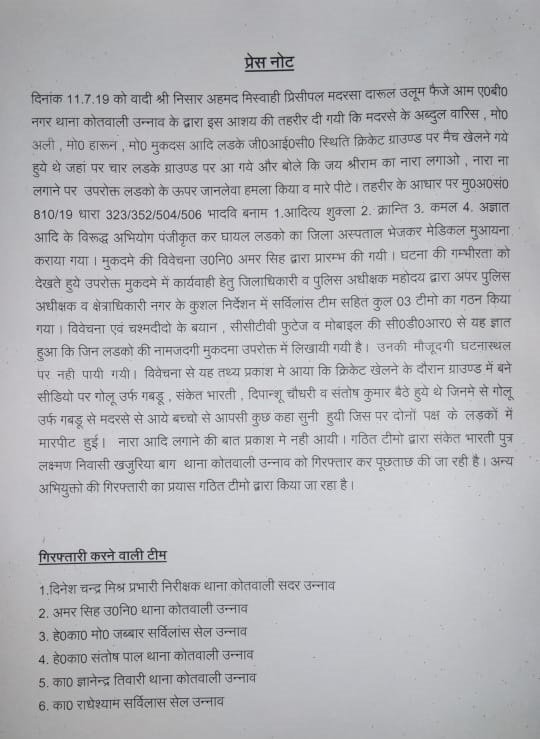 This is not for the first time that an incident like this has come to light in Uttar Pradesh. In a similar incident which took place on 4th July, it was initially claimed that a group of men locked up an auto driver in a washroom and pelted stone at him for not chanting "Jai Shri Ram". But later it came into the light that he was thrashed for refusing an auto-ride to the accused.

Conclusion, The claim that a group of Madrassa students was brutally attacked by some people for not chanting "Jai Shri Ram" in Unnao appears to false. After an investigation by police, no religious angle has emerged so far in this case.