Fact Check: News about the beating of a Muslim auto driver in Kanpur for not chanting Jai Shri Ram is false. 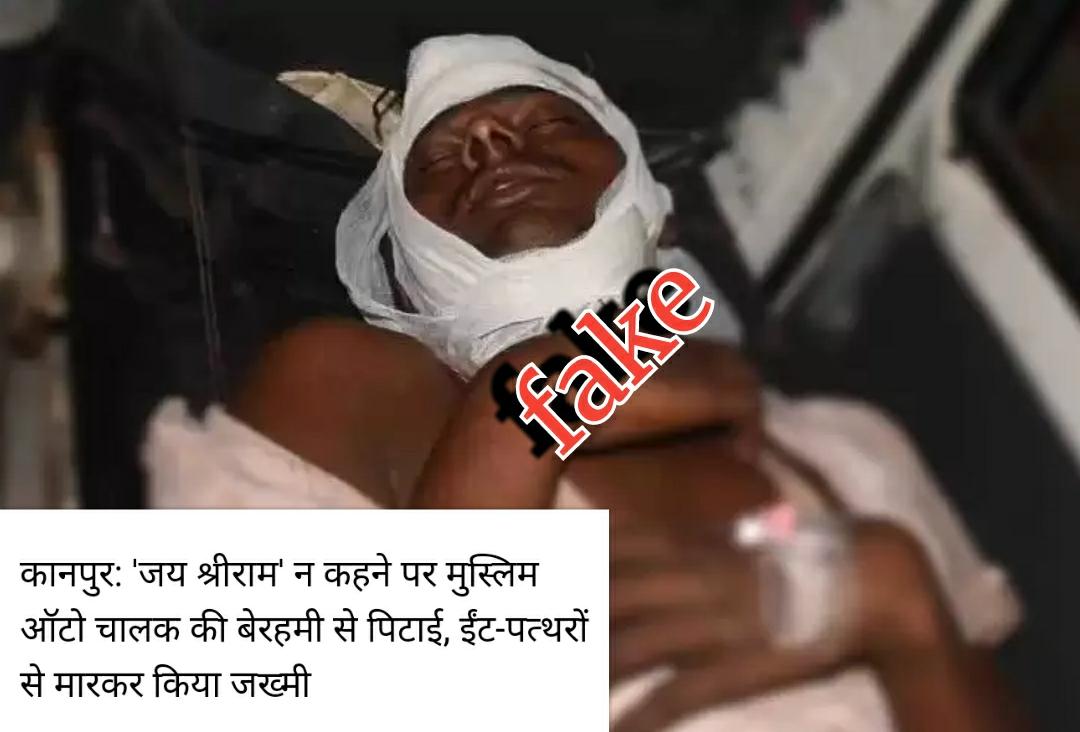 The claim that a Muslim auto-rickshaw driver was beaten up for not chanting "Jai Shri Ram" in Kanpur is false. He was thrashed when he refused an auto ride to the accused.

On Thursday a report went viral that a Muslim auto-rickshaw driver named Mohammad Atib in Kanpur, Uttar Pradesh was beaten up by three people for refusing to chant "Jai Shri Ram" on Wednesday night. 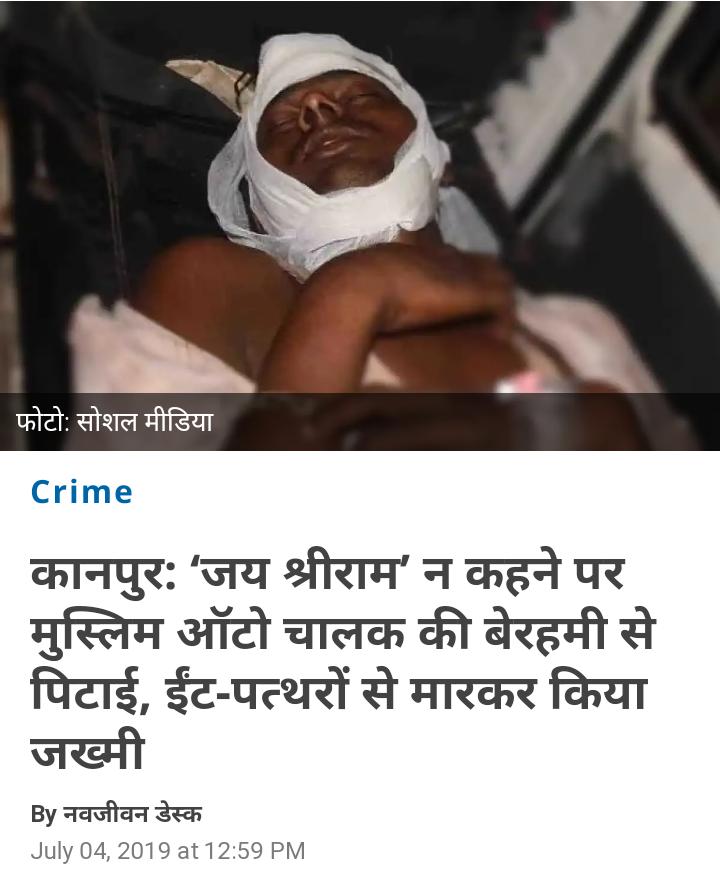 According to a report of The Telegraph, the accused had stopped him near Bakarganj crossing and asked him to drop them at Charrad crossing. When they reached the spot, they asked him to take them to Khatikana Mohalla. There, they asked him to chant ‘Jai Shri Ram’. When he refused, one of them picked up a brick and hit him on the head with it. They then dragged him inside a public toilet and kicked and punched him”.

Caravandaily.com also published the report with the same claim.

Indeed, after the beating of the young man, there was a rumor that  Aatib had died after being thrashed for not chanting ‘Jai Shri Ram’. Hundreds of community members came to the streets and started sloganeering. The police reached the spot, made the people calm down and said that the youth is alive. After that the matter got settled.

The news is also getting viral on social media. Saba Naqvi tweeted, "Another day in the life of the nation....#Muslim #JaiShriRam Auto Driver Tied Up, Thrashed for Refusing to Chant ‘Jai Shri Ram’ in UP". 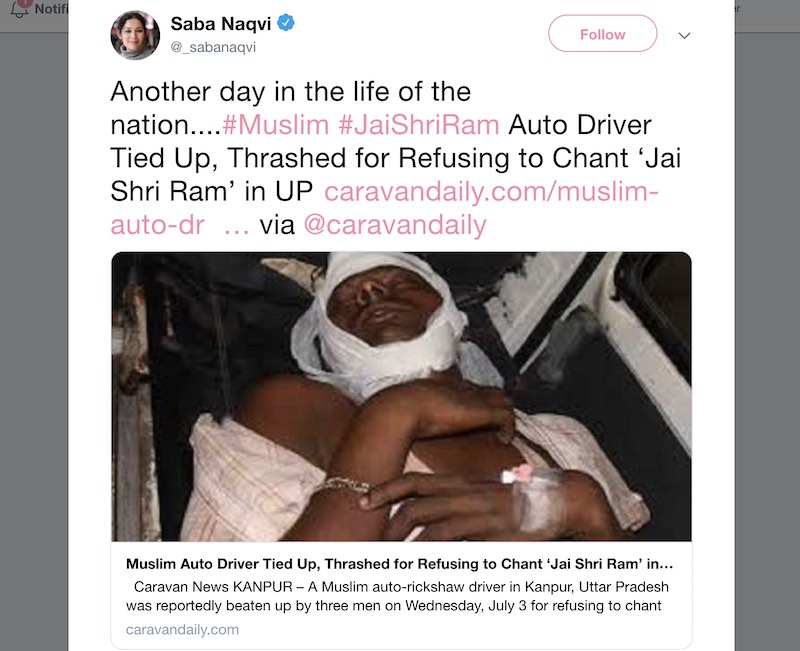 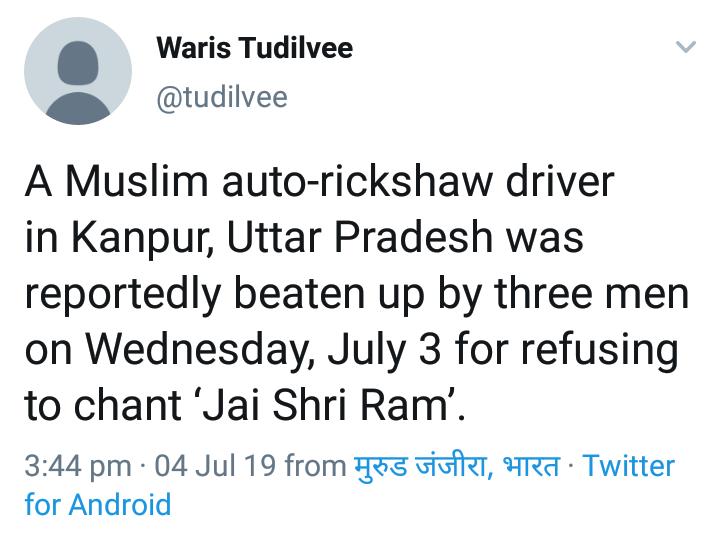 After the investigation by police Atib has clearly denied that he has been beaten for not speaking 'Jai Shri Ram'. Mohammad Atib said that he was beaten because he had refused to implicate the accused in his auto. According to Atib, the three people were intoxicated and he told them not to sit on auto. After which three accused thrashed him. Atib made it clear that he was not beaten for chanting  "Jai Shri Ram".

You can watch the video yourself in which youth has denied any communal angle in the incident.

According to a report of News 18, the allegations by Aatib that he was forced to chant Jai Shri Ram are false. In this case, SP South Raveena Tyagi said, "Initial investigation revealed that the victims and the accused were drinking together. At the same time, there was a dispute over some matter and then the assault took place. It is wrong to beat Jai Shriram for sloganeering. The rest of the charges are being investigated".

Conclusion: the viral claim is false that a Muslim auto-rickshaw driver named Mohammad Atib in Kanpur, was beaten up by three people for refusing to chant "Jai Shri Ram". Atib himself denied after the investigation by police. He was beaten because he refuses auto ride.