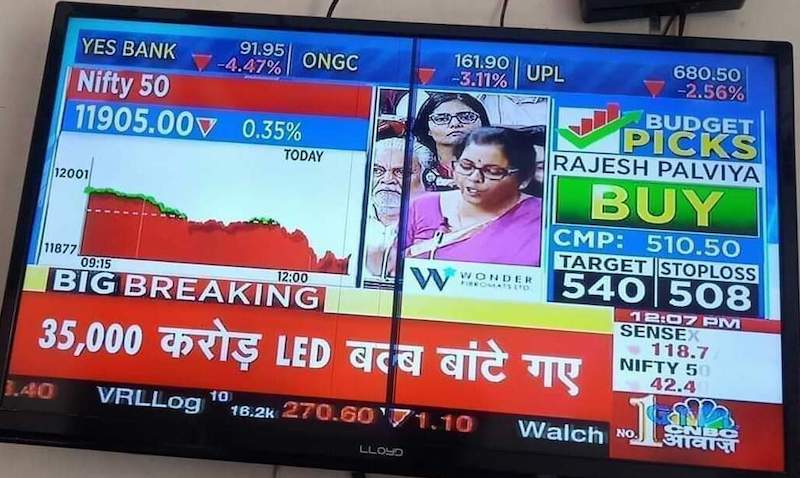 Nirmala Sitharaman didn't claim that govt distributed 35,000 crores LED Bulbs. From the video of the speech, it is clear that she said 35 crores, not 35000 crores.

She made several major announcements and distribution of LED bulbs over the last 5 years was one of them.

National Executive member of Samajwadi party Preeti Chobey mocked the finance minister by tweeting "Whether 35000 crore LED bulbs were distributed or sold? Or was there a scam? Did anyone get the bulb? We didn't get it. Bhakts will always say they got it even though they might never have received it. " 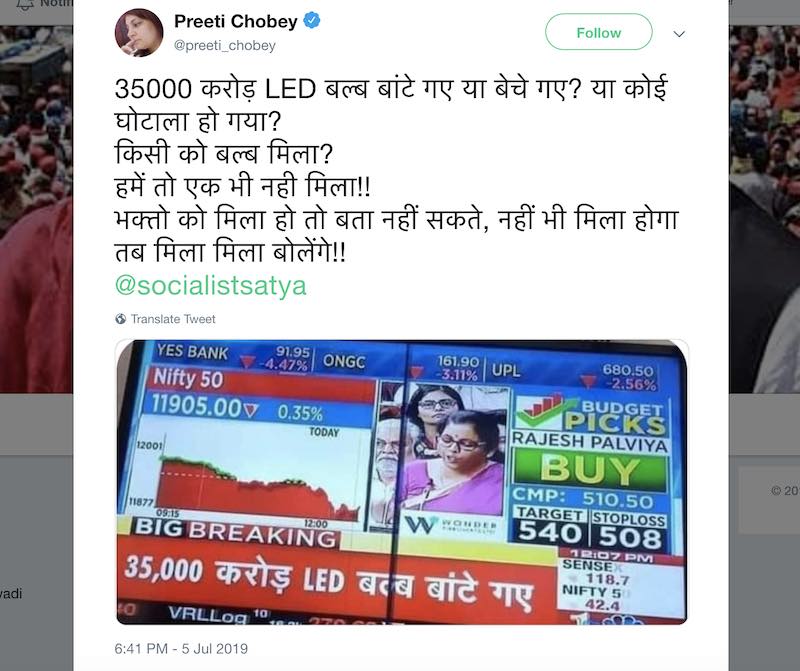 Several social media users have tweeted to mock Nirmala Sitharaman and the government for claiming 35000 crore bulbs were distributed. You can see all such tweets here.

The same claim is going viral on Facebook as well. A Facebook user Pragya Shakya shared the same image and wrote "The total population of the country is 125 crore and Modi govt is claiming to distribute 35000 crores LED bulbs which means 1140 bulbs per house...difficult to understand whether it was distributed in Pakistan or China?? Big Scam". 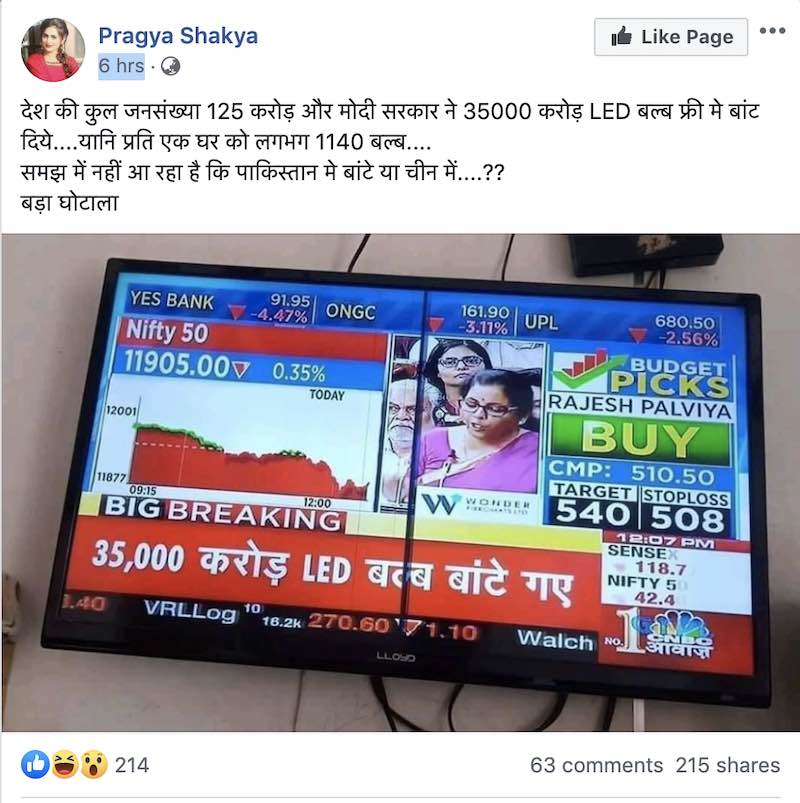 You can see all such posts here.

We watched the complete Budget speech given by Nirmala Sitharaman and found that the figure given by her was 35 crores, not 35000 crores. The full video is available on the Youtube channel of Rajya Sabha TV. You can see the relevant section at 1:06:47 in the video.

The full text of the budget is also available on indiabudget.gov.in. In point number 74, it is clearly mentioned that approximately 35 crores LED bulbs have been distributed under UJALA Yojana leading to cost saving of Rs 18,341 crores annually.

What about viral TV screengrab?

The screen grab is of a news channel CNBC-AWAAZ. We couldn't find any clue to prove the screengrab as photoshopped or digitally edited. It is possible that it was a typo by the channel. We have contacted the channel and will update the article as soon as we get any response.

Conclusion: Nirmala Sitharaman didn't claim that govt distributed 35,000 crores LED Bulbs. From the video fo the speech it is clear that she said 35 crores.