Ram Bhakts in UP threaten to embrace Islam to demand justice for Tabarez Ansari: No, old video shared with false context 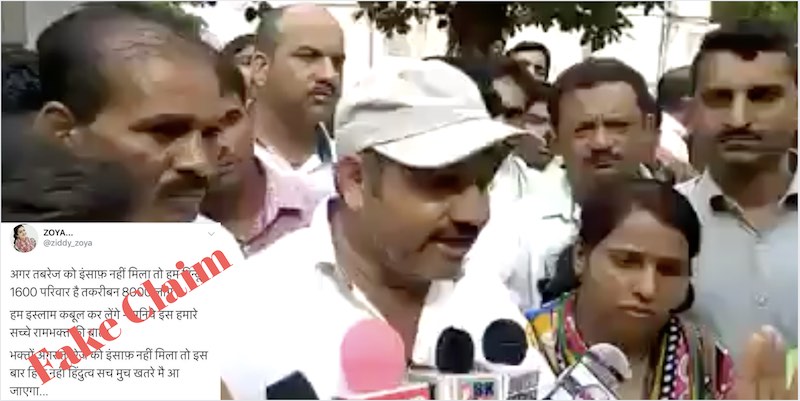 The video shared by many social media users claiming that Ram Bhakts are threatening to convert to Islam if justice is not granted to Tabrez Ansari is completely fake.

In recent times, the news about lynching people in communal context is at its peak. Along with news, there has been a bunch of fake news that is being shared on social media with communal context.

A Twitter user Zoya tweeted "If Tabarez doesn't get justice then we are 1600 family and 8000 people and we will accept Islam - listen to this true Ram Bhakt". Her tweet was liked by Alka Lamba as well. 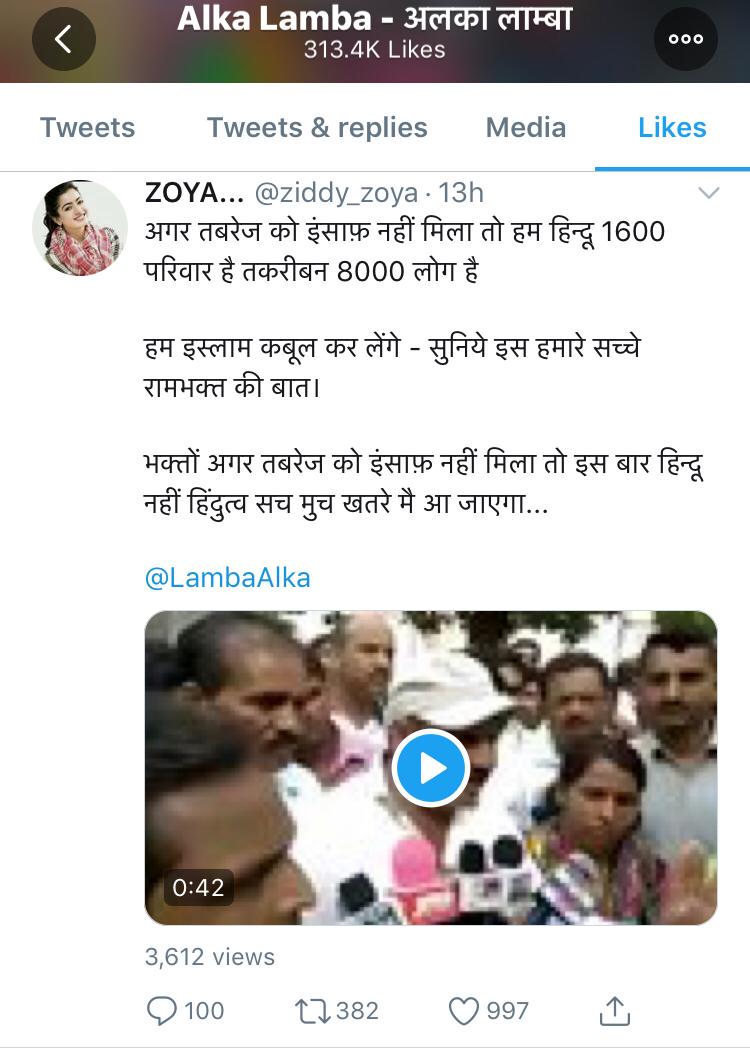 Recently, Facebook users have also been sharing the same video with the context that the 8000 people from 1600 families are threatening to convert to Islam if no justice is provided of Tabrez Ansari. 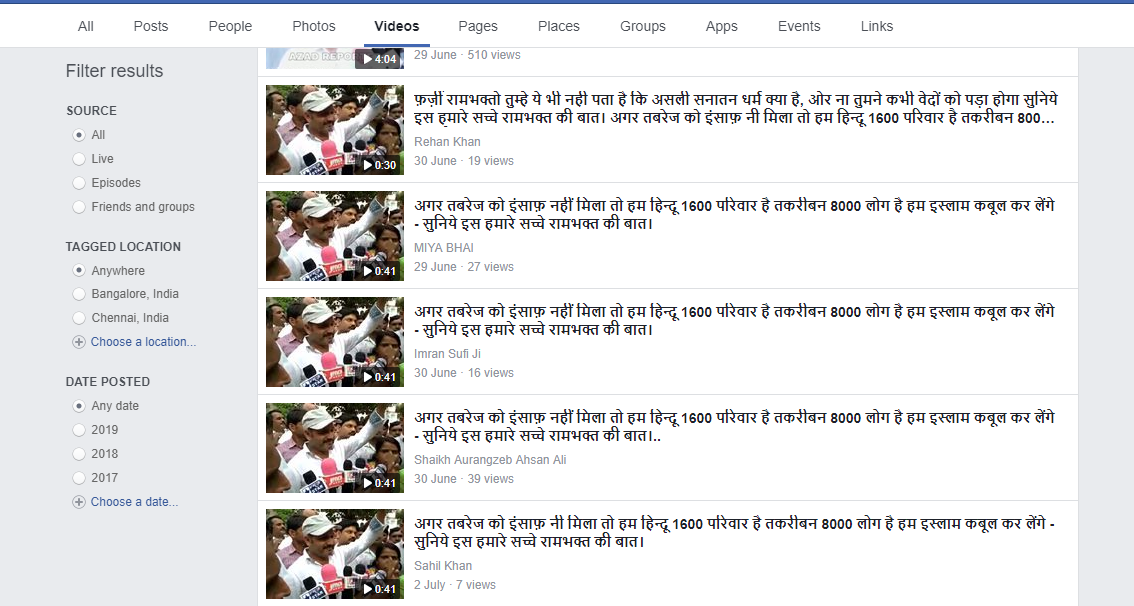 This video has been shared with the caption “If Tabarez doesn't get justice, 1600 of us Hindus will convert to Islam – listen to these true Ram Bhaktas”. Tabrez Ansari is a victim of alleged mob lynching in Jharkhand which led to a lot of tension and protests.

With a bit of research online, we found that the video dates back to 2017. The people in the video were found to be Shiksha Mitras protesting against a Supreme court order.

Looking into the backstory of the protest, Shiksha Mitras are teachers hired on a contractual basis by the Uttar Pradesh government. According to reports from regional newspapers, from the years 2002-2009, 1,78,000 Shiksha Mitras were appointed initially to teach students of first and second grade. This was because of the low literacy rate in the state. Although in the following years, their salaries saw an increase, they were paid less amount. However, in July 2011, a new order was passed that required the Shiksha Mitras to get a BTC course certificate which allowed them to be appointed as assistant teachers. But, in 2105, the supreme court adhered with the Allahabad high court and decided against appointing the Shiksha Mitras as assistant teachers. This led to the Shiksha Mitras protesting on the streets demanding protection of their jobs.

Thus, in conclusion, the video shared by many social media users claiming that Ram Bhakts are threatening to convert to Islam if justice is not granted to Tabrez Ansari is completely fake.