Several Congress leaders shared an old video from 2014 to claim that PM Modi met former PM Manmohan Singh ahead of the first budget of the new govt to discuss to improve India's GDP.

Nirmala Sitharaman will present the first Budget of the second term of the Modi government on July 5. In the build of the budget session, social media is filled with the message that prime minister Narendra Modi went to meet former PM Manmohan Singh. 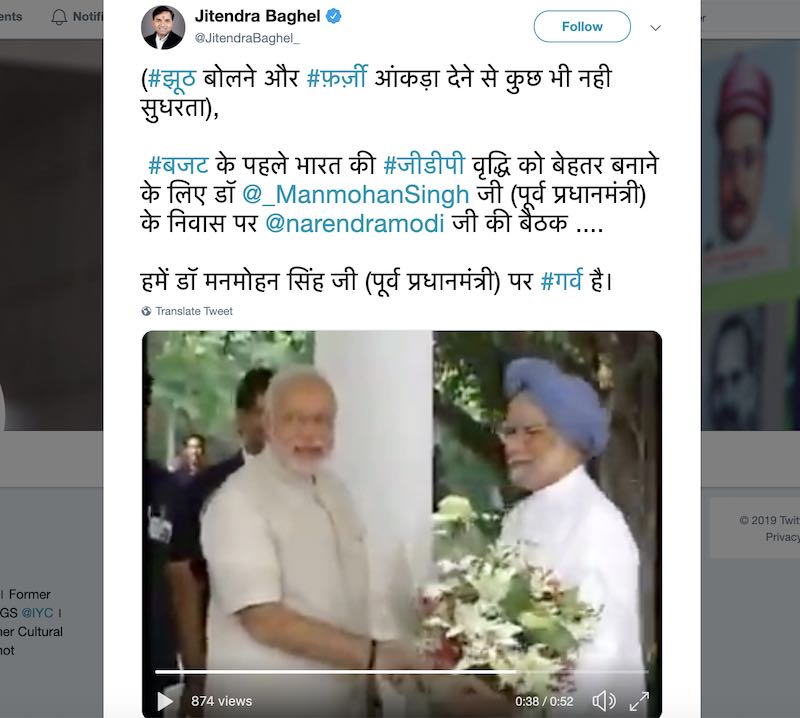 Lavanya Ballal who is State Spokesperson for INC Karnataka and National Social Media Coordinator of Mahila Congress shared the video with a caption Dr. Manmohan Singh has always been a statesman.

The video was first shared Khushboo Bhagat who is a part of National Delegate of NSUI.

You can watch the video shared by them here:

In the video, PM Modi was welcomed by Manmohan Singh and Sheila Dixit. PM Modi handed over a flower bouquet to the former prime minister.

When we searched for it on the web, we found the same video on Youtube which was uploaded on 27th May 2014, a day after Narendra Modi's swearing-in ceremony. 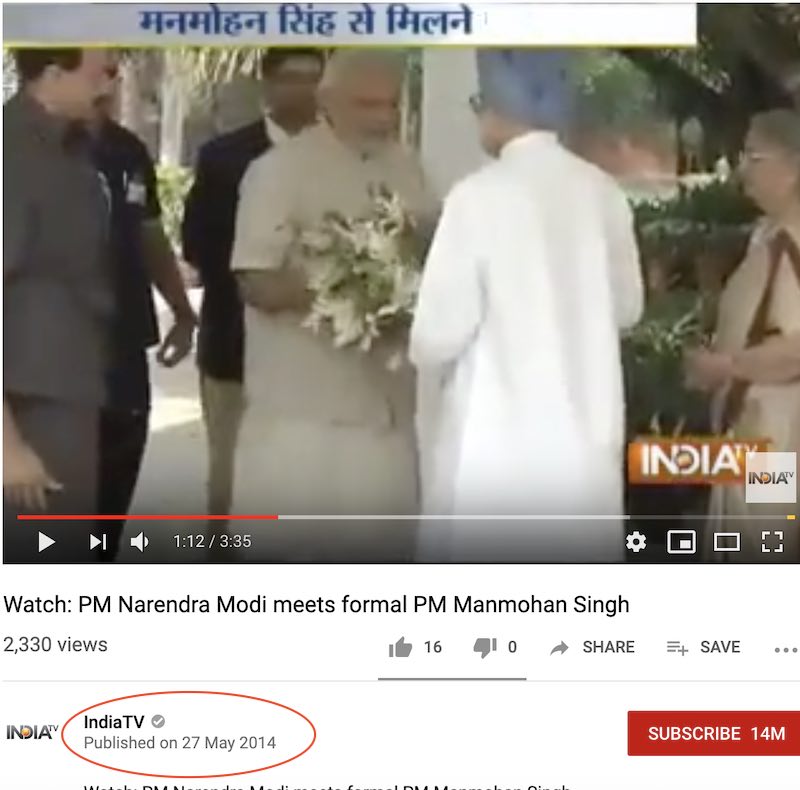 We compared the dress of PM Modi, Manmohan Singh, and Sheila Dixit and found that it is the same in both the video.

The same video was uploaded on PM Modi's official youtube channel on 27th May 2014. The 55 seconds long video can be watched here:

TV 9 Bharatvarsh broadcasted the same old clip from 2014 to claim that PM Modi met Manmohan Singh ahead of of the first Budget of the new government.

A Youtube Channel Political Kida has done a frame by frame analysis to show how TV9 Bharatvarsh broadcasted an old video clip.

There was no official word on what transpired at the meeting but it came ahead of the first Budget of the new government.