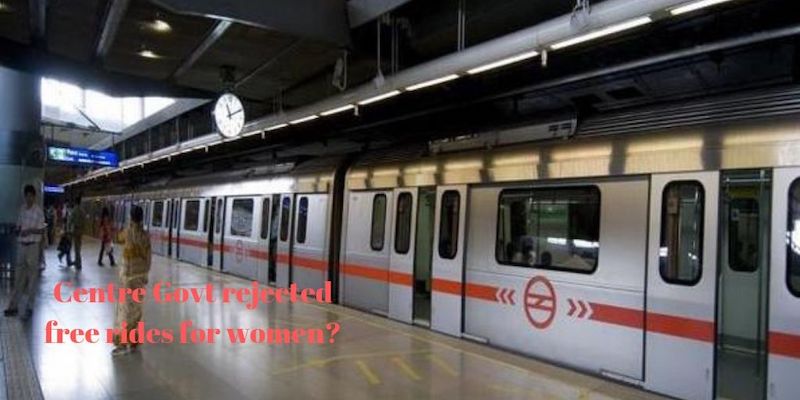 Delhi government has not sent any proposal to the Central government in the first place for it to be rejected. Reports by section of media claiming the scheme of free metro rides for women in Delhi has been rejected by the central govt is false and misleading.

Some media houses like Zee News, Times Now, and Republic TV have published articles claiming that the Central government has canceled the Kejriwal government’s proposal regarding free rides for women in Delhi metro.

No proposal received by the Central government

This news is false because the Delhi government never sent a proposal regarding this scheme to the central government. This can be confirmed by looking at the RTI reply given by Union Minister of Housing and Urban Affairs, Hardeep Singh Puri in the Lok Sabha. In this reply, he has made it clear that no proposal for the scheme has been received by the Central government from Delhi's government. 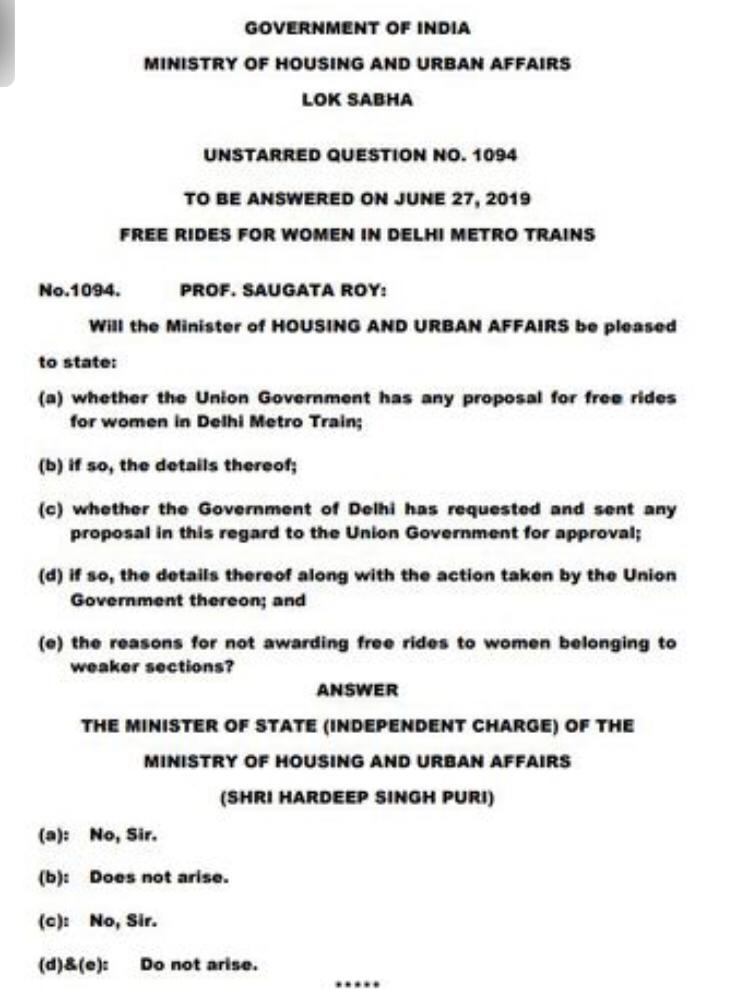 A recent Times of India article has also attached the RTI report and pointed out the false claims.

The article even says that the Union Minister for Housing & Urban Affairs Hardeep Singh Puri said that the Central government does not have any proposal for free rides for women in Delhi Metro train. 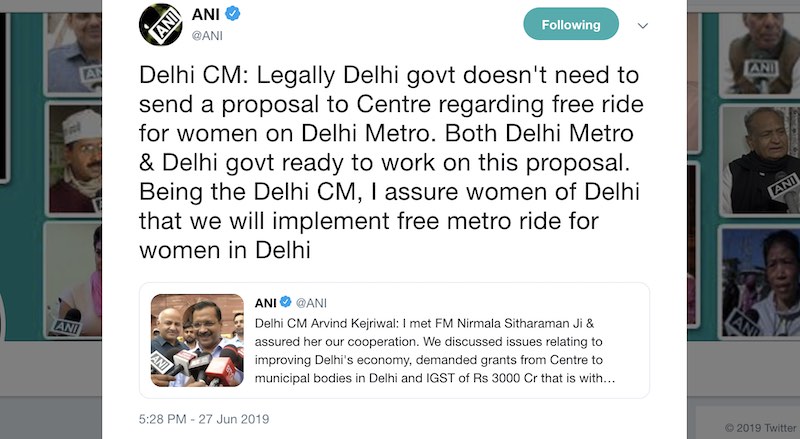 In conclusion, the Delhi government has not sent a proposal to the Central government in the first place for it to be rejected. This has been confirmed by both the union ministry and the Chief Minister of Delhi. Thus, the articles published by a section of media claiming that the scheme proposal dealing with free metro rides for women in Delhi being rejected by the Central government is false and misleading.