No, an Indian Army Officer didn't demand Khalistan: The man in army uniform is an imposter 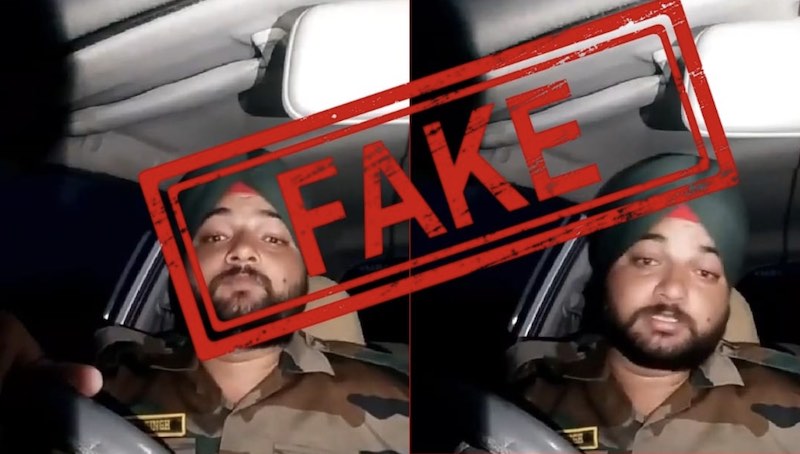 A video of a man demanding Khalistan claiming himself as an Indian Army soldier went viral but Indian army later clarified that he was an imposter.

We often come across news where people impersonating as Police Officers try to take favors. Indian Army has to respond to one such case on June 22. The story is of an imposter who claims himself as Satbir Singh, a soldier of the Indian Army.

In the viral video, the man claims that he is an Indian Army soldier, residing in Pilibhit, Uttar Pradesh and questions the safety of Sikhs in India. The man carries on further claiming that Sikhs are being beaten across the country referring to the recent Delhi police case and that's why they need Khalistan. He also questions the amount spent on the 'Statue Of Unity', the rape of girls happening in the country.

Asking the police not to "test" the Sikhs, he then throws an open challenge to the cops and shares his number. The video which was shared through Facebook Live and soon became viral had garnered 1500 views, was later removed. The same video has been uploaded on youtube.

A LinkedIn user Satnam Khalsa shared the video with a message "Sikh Army Officer Warns Indian Police and demand for Khalistan". The same message was tweeted by him as well. 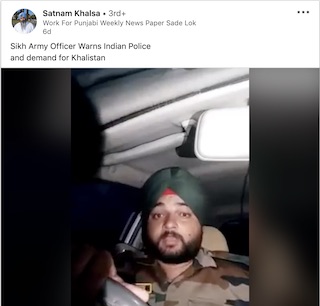 During our investigation, we found that the claim of the man being an Indian Army officer was wrong. Responding to the viral video, the Additional Directorate General of Public Information (ADGPI) Indian Army’s official Facebook page said it was fake and the man was an imposter wearing army combat dress and sharing misinformation.

This was also tweeted by the Twitter handle of the Indian Army. 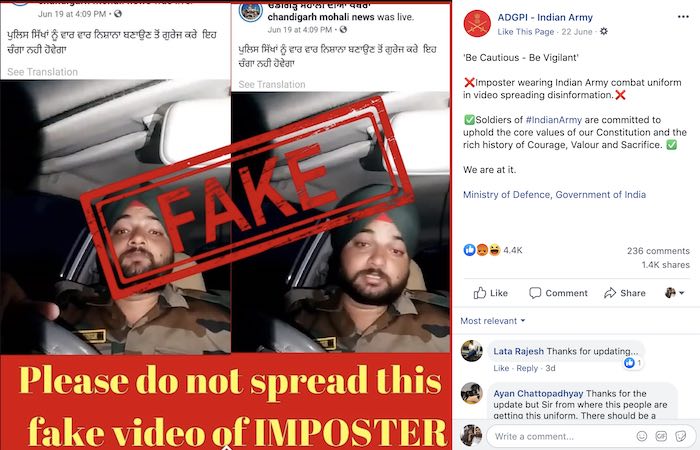