Fact Check: Modi as a CM of Gujarat opposed minority scholarship while as a PM he is now promoting it 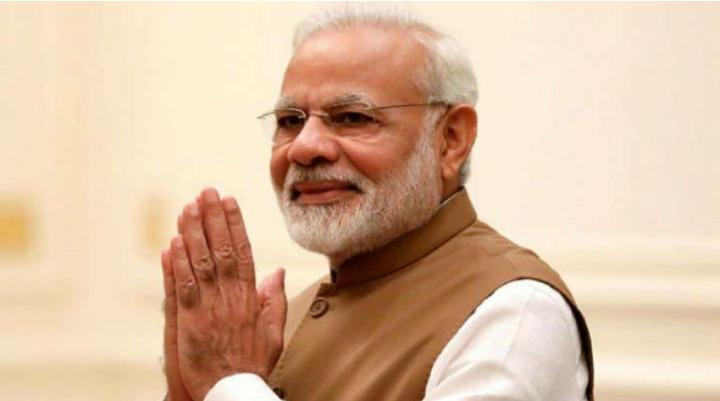 Narendra Modi, as a CM had strongly objected to minority scholarship scheme but had to bow down to supreme court order.

However, it is not clear how PM Modi views this minority scholarship as a PM considering his government has decided to increase the number of scholarships to the minority community.

Last week, Mukhtar Abbas Naqvi, India’s Minister for Minority Affairs announced that scholarships shall be awarded to five crores ‘minority’ students over the next five years. The central government was widely criticized on social media and people accused the PM Modi of minority appeasement.

A Twitter user Naina reminded that when the scholarship scheme for minorities was first announced by the UPA government in 2008, the Gujarat government led by Narendra Modi was the only state to oppose the scheme. 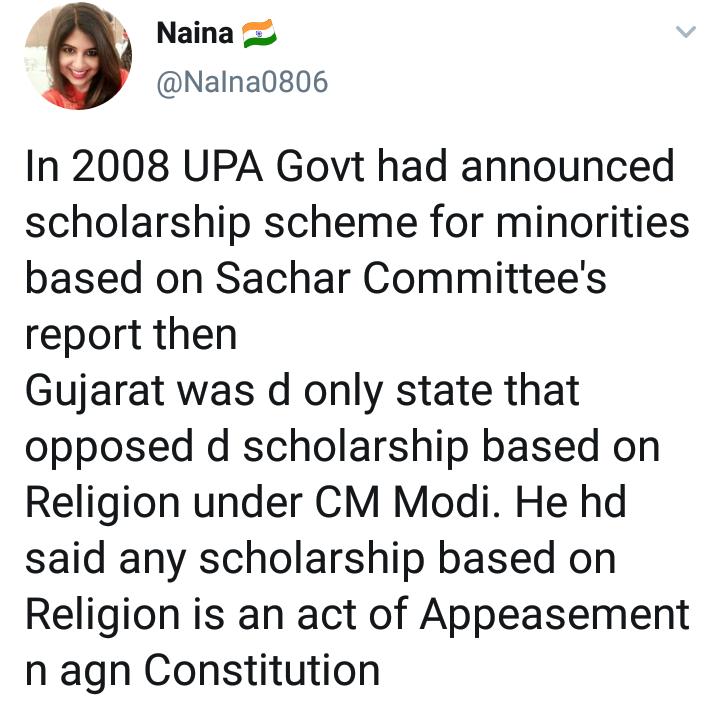 The Ministry of Minority Affairs was created on 29th January 2006 to ensure a focused approach to the issues relating to the minorities and to play a pivotal role in the overall policy,  planning,  coordination,  evaluation and review of the regulatory and development program for the benefit of the minority communities.

The central government launched this scholarship scheme in 2008 for five minority communities (Muslim, Sikh, Christian, Buddhist and Parsi) through which it funded 75 percent of the allotted amount, with the balance expected to be borne by the state government. This scheme is meant for children whose parents do not have annual incomes above 100,000 rupees, and each of the student beneficiaries was expected to get about 850 rupees a year for their studies.

The Gujarat government, however, had refused to implement this scheme in the state.

In 2012, A division bench of justice Bhaskar Bhattacharya and justice J B Pardiwala further held that government cannot give minority benefits to any community on religious lines as such a move was in violation of Article 15(1) of the Constitution."There cannot be the scope of conferring monetary benefits based on religion," it observed. The bench refused to act on its decision and it refers the issue to a larger bench which would decide if the pre-matric scholarship scheme for students from the minority community was violative of the constitution.

In 2013, out of the five judges of a larger bench, three gave judgment in the favor of the scheme, upholding its constitutional validity and said it cannot be equated with any kind of reservation, while two other judges ruled against it. The minority opinion said that "it is our view that the scheme is discriminatory in nature and the direction should not be given to the state government to implement it.

Thus, in a majority decision, the Gujarat High Court had rejected Narendra Modi government’s contention that Centre’s pre-matriculation scholarship scheme for students of minority community was discriminatory and directed it to implement it.

The Gujarat government moved to the Supreme Court challenging the Gujarat HC verdict upholding the constitutional validity of the scheme.

Gujarat government had also strongly criticized the manner in which the PMO set up the Sachar Committee in 2005 to survey the socio-economic conditions of Muslims while ignoring other religious minorities. "The Sachar Committee is neither constitutional nor statutory. It has not taken into consideration other religious communities, i.e. Sikhs, Christians, Buddhists, and Parsis. Therefore, it cannot form the basis of the scheme. The Committee's target was to help the Muslims only".

Gujarat government also argued that the state already has a similar scheme for all poor students irrespective of their religion and that the Centre's scheme amounted to discrimination based on religion.

However, on 06 May 2013, the Supreme Court of India declined to overturn a Gujarat High Court judgment upholding the constitutional validity of the central government’s scholarship scheme for deserving students of minority religions in Gujarat.

Conclusion: It is clear that Narendra Modi, as a CM of Gujarat had strongly objected to minority scholarship scheme but had to bow down to the supreme court's order.

However, it is not clear how PM Modi views this minority scholarship as a PM considering his government has decided to increase the number of scholarships to the minority community.