Foreign Minister Sushma Swaraj appointed as Governor of Andhra Pradesh: No, she herself denies the report 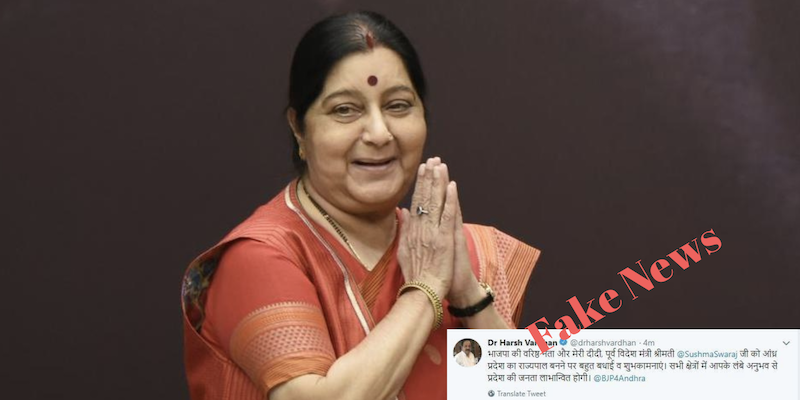 The viral news of Former External Affairs Minister Sushma Swaraj being appointed as Governor of Andra Pradesh is false. She has herself denied the report.

Soon he deleted his tweet but not before going viral on social media. 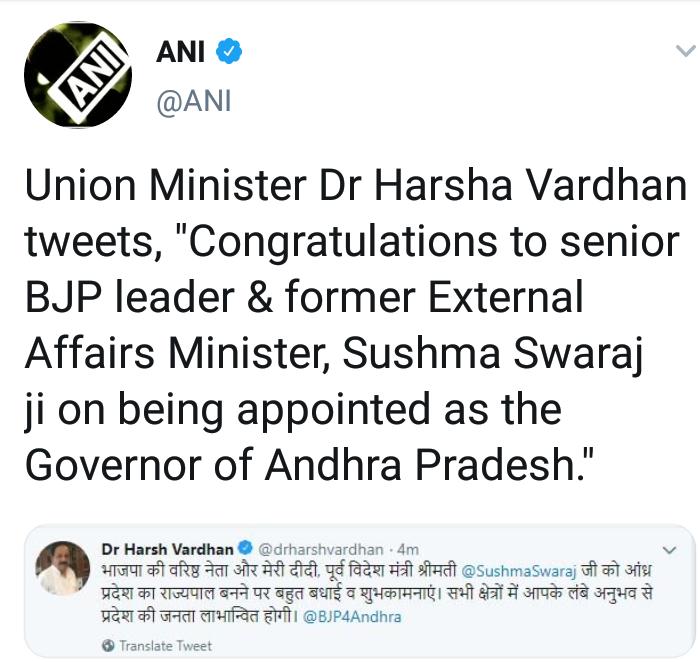 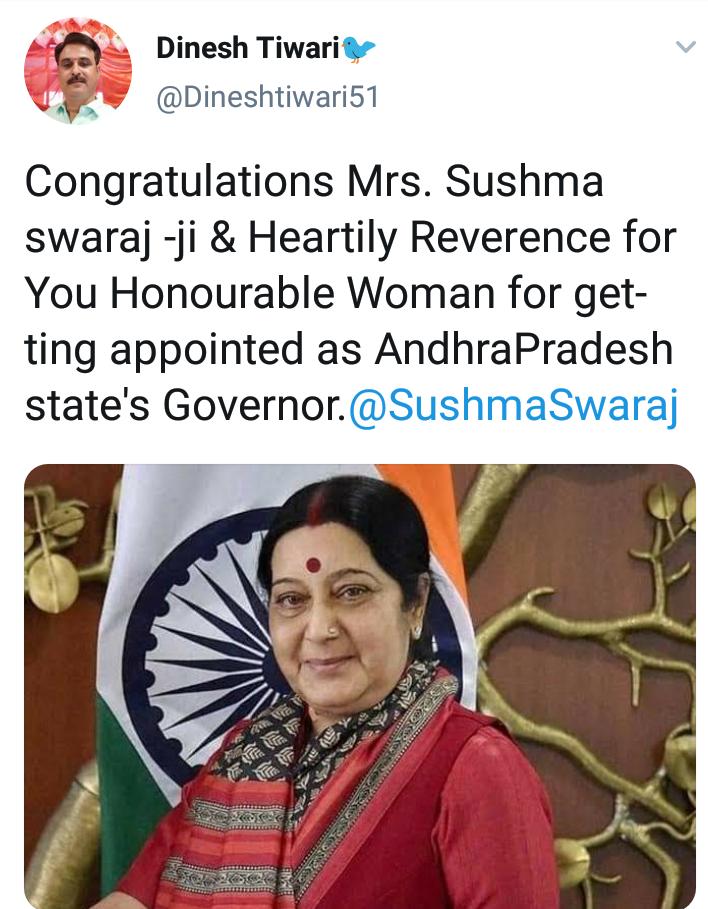 Sushma Swaraj tweeted on 10th June in a sarcastic way that "I called on the Vice President of India Shri Venkaiah Naidu Ji on the demitting office as Minister of External Affairs.  This was enough for Twitter to appoint me as the Governor of Andhra Pradesh. 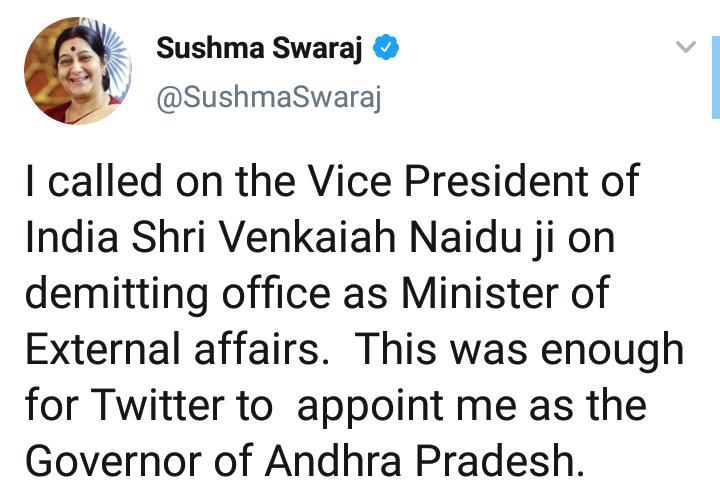 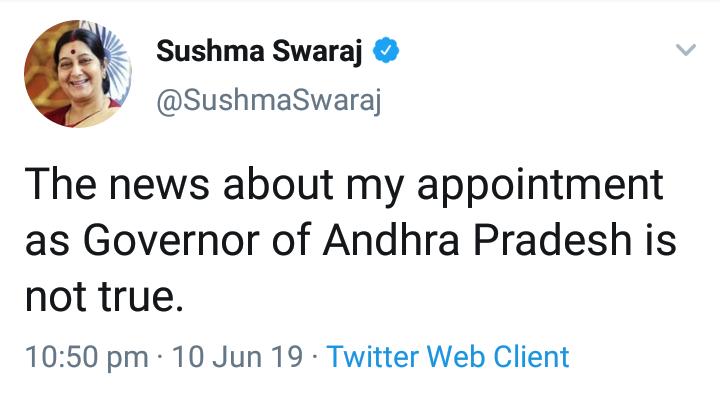 Several reputed media also cleared it including India Today, Times of India and The Hindu

Sushma Swaraj was External Affairs Minister in the Narendra Modi-led Government's first term. She did not contest the recent Lok Sabha election due to some health reasons.

Conclusion: It is clear that the news of former External Affairs Minister becoming Andhra Pradesh Governor is merely a rumor. Sushma Swaraj has denied it by tweeting herself.