Were 17 people injured while offering namaz during Eid in Delhi: No, IANS and other media houses spread false news. 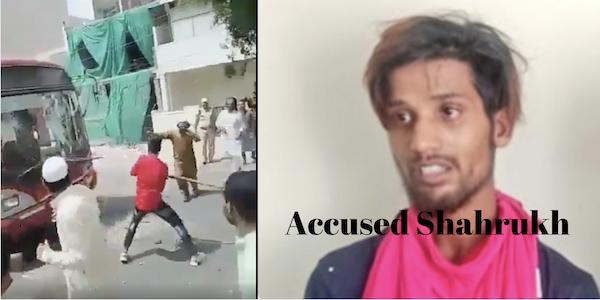 The claim that 17 people were injured after a car rammed into people when they were offering namaz on Eid. An auto-lifter Shahrukh had sped through a crowd of people who were dispersing after Eid prayers but no one was injured.

Many news agencies such as India Today, The Quint, Business Standard, The Hindu, etc. have published articles claiming that 17 people were injured when a car rammed into people when they were offering namaz on Eid.

This information has seen to be initially acquired from IANS (Indo-Asian News Service).  Their report was published on media houses like India today and Business Standard, The Quint.

The Hindu published the report with a headline "8 hurt as car swerves into crowd outside mosque".

Since then a video is going viral on social media in which few youths can be seen destroying public property and pelting stones on buses. You can watch the video here:

An extended version of this video was tweeted by Akali Dal's leader Manjinder Sirsa.

Several people on social media have justified the vandalization by saying that one van ran over 17 people during Eid's Namaz and these people are reacting due to the anger. Graphics Lead of AAP National Social Media Team Priyanka Chowhan also tweeted it. 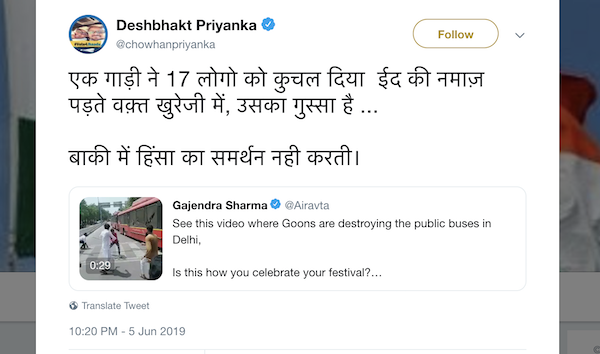 False claim of a car running over 17 people

Let us look at the exact incident that had taken place. After verifying, we found that a car had reportedly sped through a crowd of people who were dispersing after Eid prayers. Two were arrested after reportedly stealing the car and sped through the lane of the mosque while trying to avoid the police. The man who was arrested is Shahrukh who already seems to have several cases registered against him and a female acquaintance. The DCP Meghna Yadav in a statement to Opindia has confirmed that “There is no one injured”. According to an NDTV report, an agitated mob protested by damaging DTC buses outside the Jagat Puri police station.

DCP Yadav gave a confirmation to Opindia that “They are all lying, whichever media portal is quoting my statement claiming 17 injuries. There is no one injured, Three people walked into the police station much later after the incident claiming they were injured. But there was no visible injury”. She also said that whoever claimed to be injured were sent for a medical examination.

So, the claims of several media houses like The Hindu and The Quint that the incident left “several people injured” is not true. Secondly, reports from the Business Standard and India Today also claimed that the “car rammed into people offering namaz” which is also not the case.

Accused arrested but no action against rioters

The accused Shahrukh has been arrested by the police. However, the Delhi police are yet to act against the rioters who vandalized public properties as tweeted by journalist Raj Shekhar Jha. 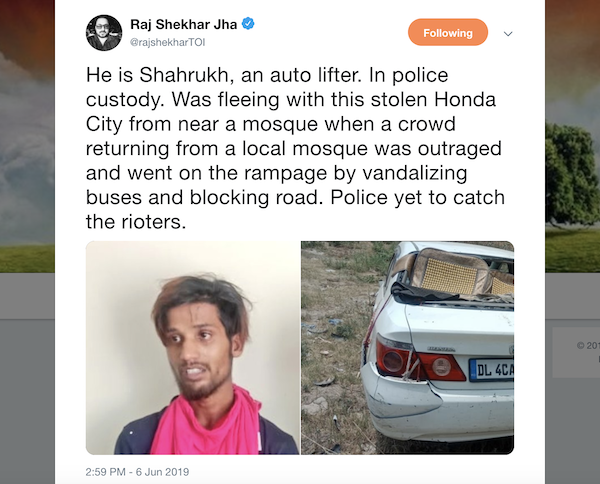 OpIndia talked to DCP and confirmed that no FIR has been registered against the rioters.

Even though the news of 17 people getting injured has now turned out to be false, media houses are yet to take down their reports.