Muslim Inmate in Tihar Branded With Om Symbol by jail superintendent: No, he himself did it with the help of jailmates 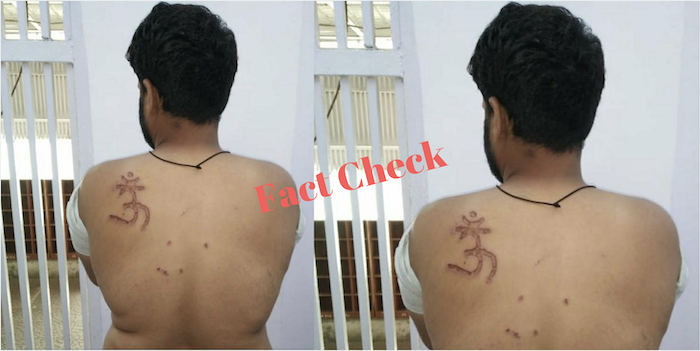 The claim that a Muslim prisoner in Tihar Jail was branded with Om Symbol by the jail superintendent has turned out to be false. After the investigation, it was revealed that Nabbir had himself branded the 'Om' symbol on his back with the help of his companion in Jail.

On April 12, a Muslim man Nabbir claimed that jail superintendent Rajesh Chauhan denied him food for two days in the name of Navratra, branded an 'Om' symbol on his back with a hot metal rod inside the jail premises. The case came to light after the man's Family approaches Karkardooma court with a complaint that their son's life was in danger in the jail.

After that, the case was also published by several reputed media including Times Now News, Indian Express and India Today.

ANI tweeted on 19th April "A prisoner at Tihar Jail, Nabir, complained at Karkardooma court that jail superintendent Rajesh Chauhan tattooed "Om" on his back knowing he is a Muslim. Tihar Jail DG says, "DIG conducting an inquiry. Inmate shifted to another jail. A detailed report will be submitted to the court". 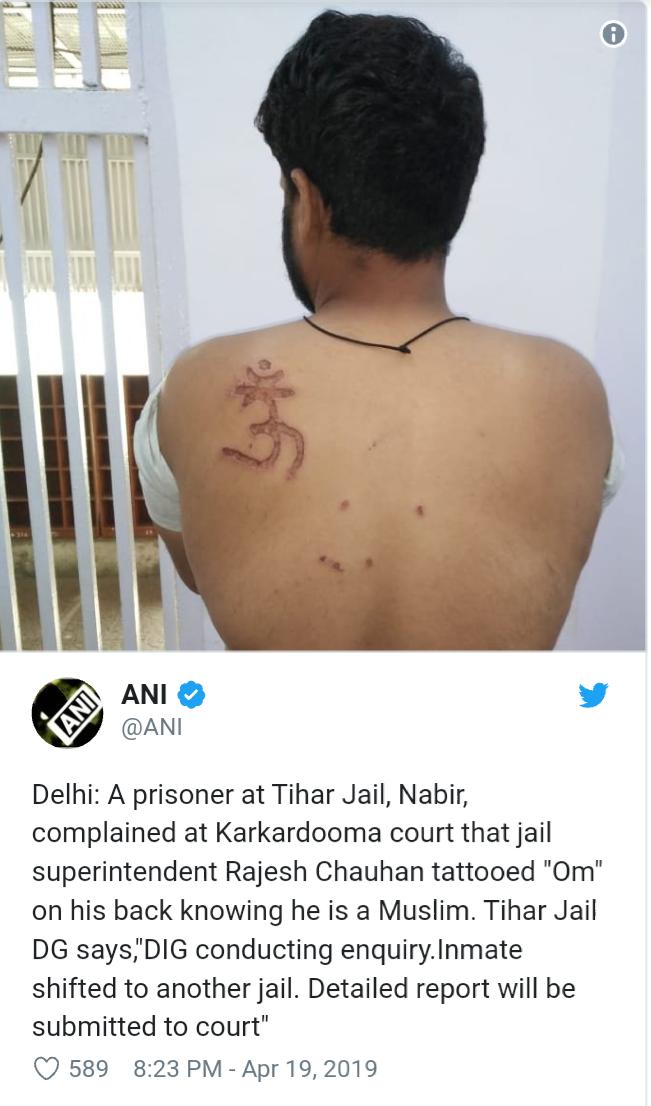 Columnist for The Middle East Eye and The New Arab CJ Werleman tweeted to claim that "India: A Delhi court has called for an inquiry after a Muslim undertrial person was branded with an 'Om' symbol. In India, Muslims are being branded like cattle, and murdered on false accusations regarding cattle". 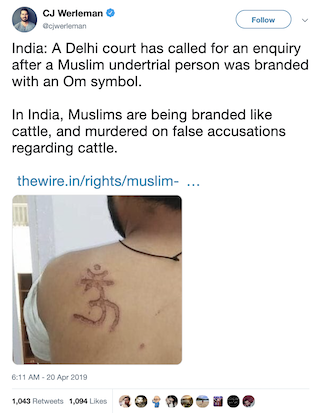 Nirjhari Sinha chairman of Jan Sangharsh Manch also shares a post with a caption "The Death of Democracy and we the silent spectators: Muslim Inmate in Tihar Branded With 'Om' Symbol by jail superintendent Rajesh Chauhan". 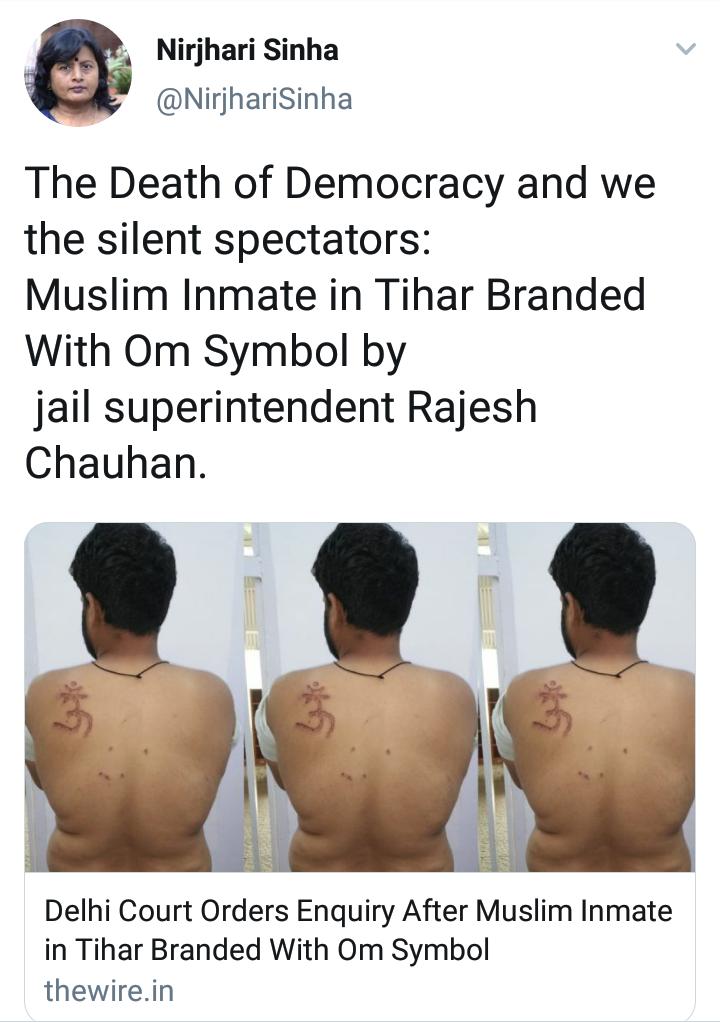 Both of them shared an article by The Wire claiming that a Muslim undertrial person was branded with an Om symbol, allegedly by a Tihar jail superintendent. The report also states that a Delhi court has called for an inquiry.

Sharing the article by The Wire, Asaduddin Owaisi wrote "Everyday, a more innovative way is developed to humiliate us To brand someone like cattle is cruel, unusual & dehumanising. We’re not chattel, we’re HUMAN. (Let’s not pretend there’s any other reason why Nabbir was branded with this specific symbol)"

Jailmate, not official, branded him with ‘Om’

A departmental inquiry was started by the team under the supervision of a DIG-level officer to investigate the case. They scanned CCTV footage from Jail No. 4. where Nabbir was kept earlier. A senior officer claimed: “During the investigation, it was found that he appeared before the superintendent in his office on April 12, but left within minutes. Security personnel conducted his frisking when he was leaving, but he had not complained of any pain when they touched him.”

According to the report submitted in the court, it has been revealed that Nabbir had branded the 'Om' on his back with the help of one of his companion inside the jail. His motive was to trap the jail officer and put pressure on the Jail administration. The inquiry team attached the CCTV footage in their report, wherein they also claimed that after April 12, he was playing badminton on jail premises.

According to a report of ETV Bharat dated 5th June, Nabir has been lodged in Tihar jail for 16 months. The case against him is lodged under MCOCA. Some prison officials and prisoners' statements were also recorded in this case. He used lime powder and bleaching powder to write Om' on his back with the help of one of his companion. This report has been submitted to the court on behalf of the Tihar Administration. At present, the court has not taken any decision regarding this.

Conclusion: The claim that a Muslim prisoner in Tihar Jail was branded with Om Symbol by the jail superintendent has turned out to be false. After the investigation, it was revealed that Nabbir himself branded the 'Om' symbol on his back with the help of his companion on Jail.