Free laptops to 2 crores youth under Make in India scheme: No, the viral Whatsapp message is scam

No, Prime Minister Narendra Modi hasn't announced to give free laptops to two crore youth under 'Make in India' scheme. The viral Whatsapp message is a scam to get user data.

A viral message is going viral on Whatsapp that in the wake of Prime Minister Narendra Modi winning the recent Loksabha 2019 elections, he announced to provide free laptops to two crore youth under the scheme 'Make In India'. The message also claims that around 30 lakh youths have already successfully applied to avail the benefits of the offer. The message also provided a link to a website where users were instructed to provide their contact information.

You can see the viral message here: 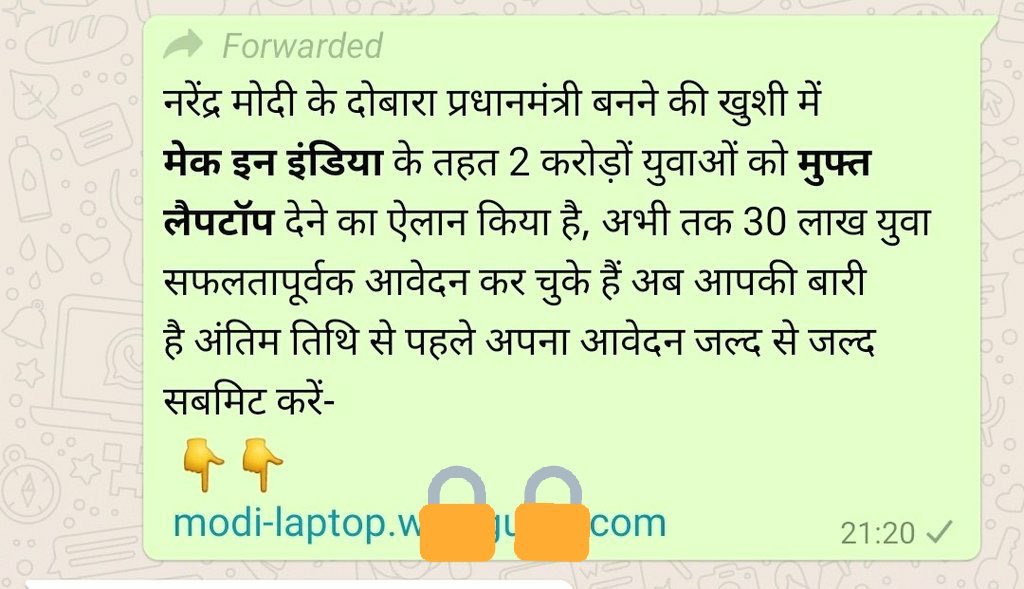 This was a fake message which went viral on Whatsapp, which has been confirmed by Cyber Crime unit of Delhi Police and they have arrested the accused behind the fake message being circulated on WhatsApp. There is no such free laptop scheme. An IIT post-graduate was behind this scam.

Delhi Police have arrested one man, named Rakesh, who is a post graduate from IIT 2019 batch, for making a fake website which claimed that two crore laptops will be distributed by the central government after the formation of the new government.

During initial interrogation, he disclosed that he created the website to earn web advertising revenue from increased website traffic. He was aiming to capture personal data of millions of gullible citizens which could be later traded to various cyber criminals to cheat the victims and extort money from them on various pretexts.

The accused had cleverly used Google Adsense, a program that allows bloggers and website owners to make money by displaying Google ads.

In order to popularise his website, the accused chose to launch a website offering a 'Free laptops government scheme' to the general public and tried to lure them by stating that these were being distributed by the Government of India on the occasion of the formation of the new government. Using the Make in India logo and the picture of PM Modi, he had created a website which was offering free laptops to 20 million registered users as reported by ANI.

In two days, the fake websites had 1.5 million views. Its link was made viral over Whatsapp.

DCP cybercrime tweeted "FAKE NEWS ALERT Cyber crime unit of @DelhiPolice has already arrested the accused behind this fake message being circulated on WhatsApp. There is no such free laptop scheme. Pls do not believe and pay any amount to them. #SpreadTheWord". 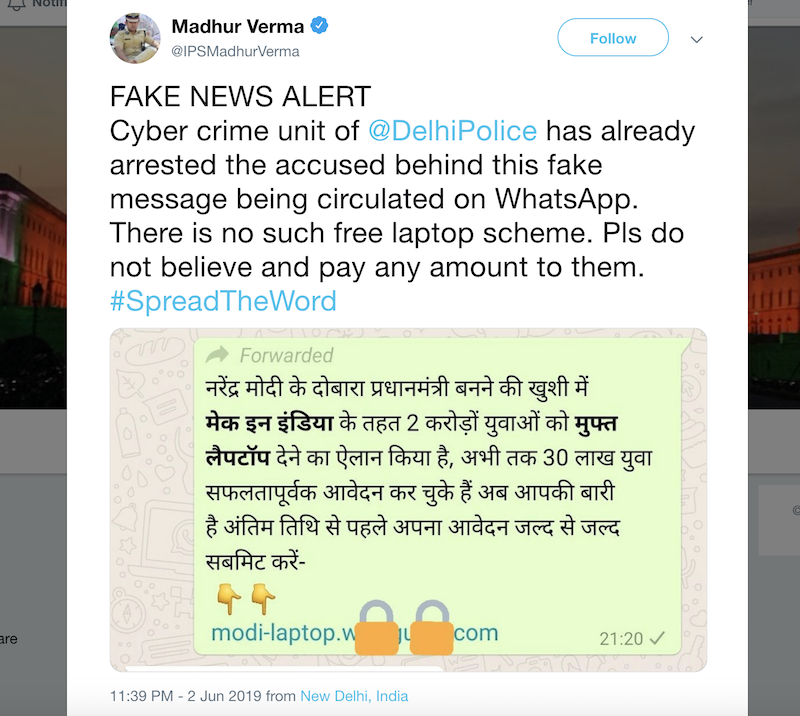 Another similar fake website 'http://solor-panel.sarkaari-yojana.in' is claiming to offer people free solar panels under PM's Solar Panel scheme. However, there is no such scheme by the government.