Did petrol and diesel prices increase by 6 and 4 rupees? No, Congress IT Cell is spreading fake news 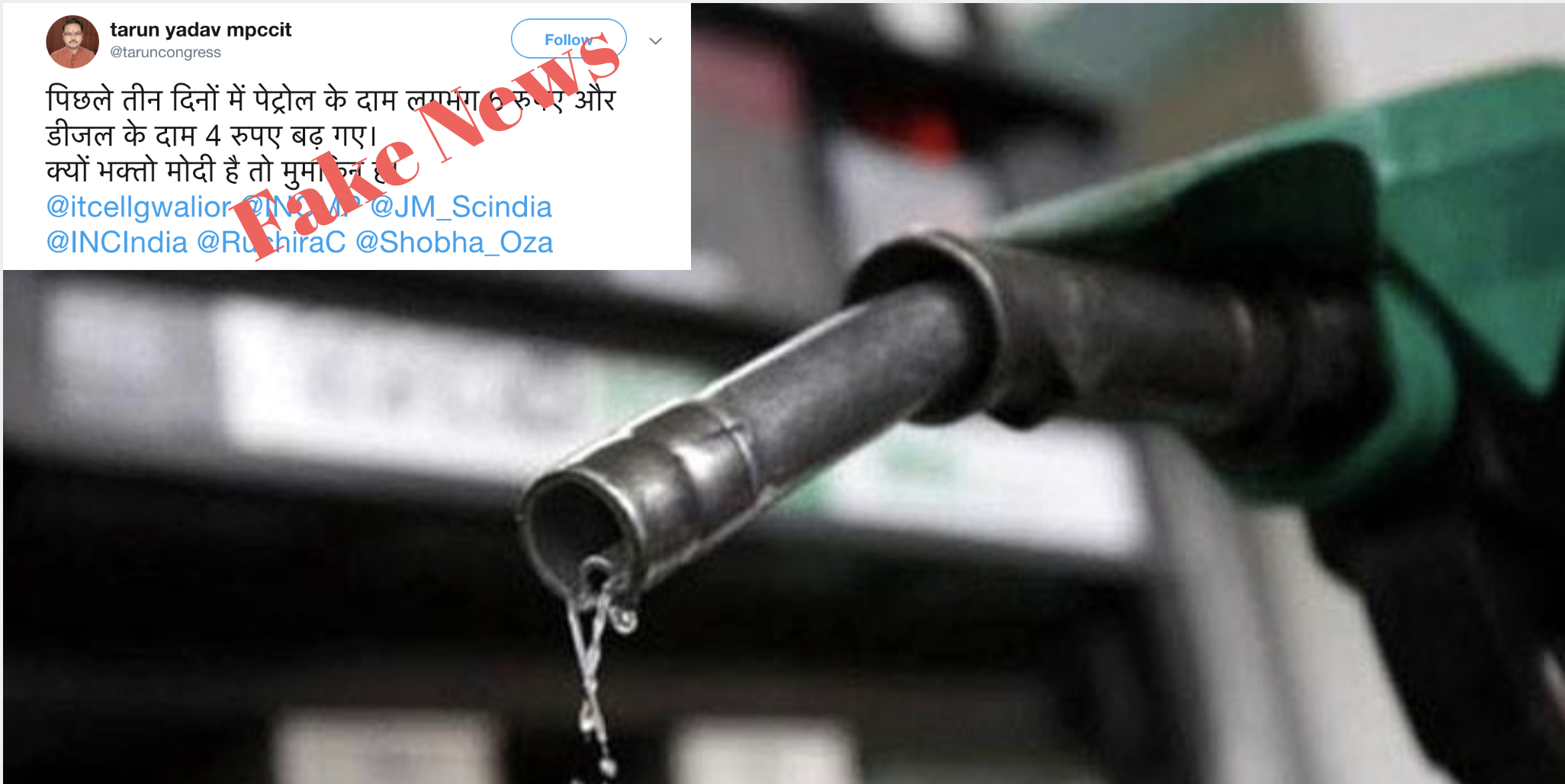 The claim that petrol and diesel prices have increased by 6 and 4 rupees respectively after PM Modi won his second term is absolutely false. It was deliberate misinformation spread by Congress IT Cell.

Many users on Facebook and Twitter are sharing the information of supposed hike in petrol and diesel prices. This is mostly seen to be shared with the caption “Badi Jeet ka tofa diya hai Modi Ji ne.. Diesel 6 rupees, petrol 4 rupees Mehnga Hua..Badhai Ho Deshwaiyo Ko” or similar ones which roughly translates to “ Modiji has given the gift of his big victory. Diesel 6 rupees, petrol 4 rupees expensive congratulations to people of the country”. 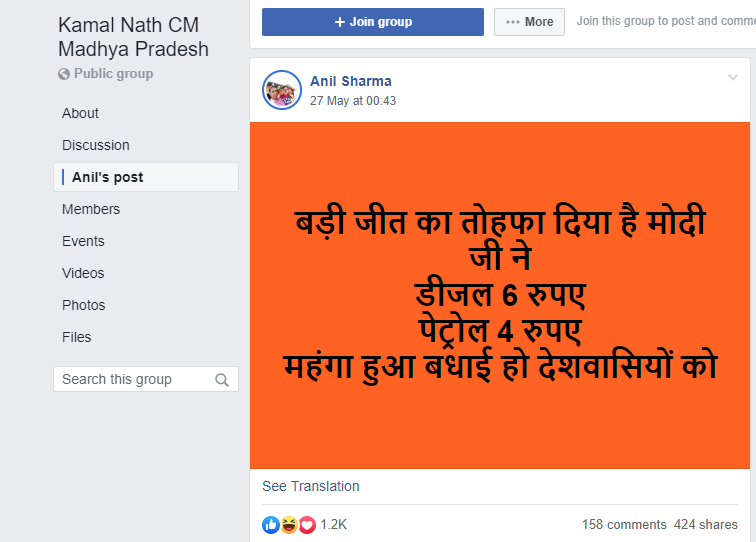 On May 26, Tarun Yadav who is the President of IT & Social Media Cell Gwalior Congress tweeted on May 26 that in the last three days Petrol prices hiked by Rs 6 and Diesel by Rs 4. 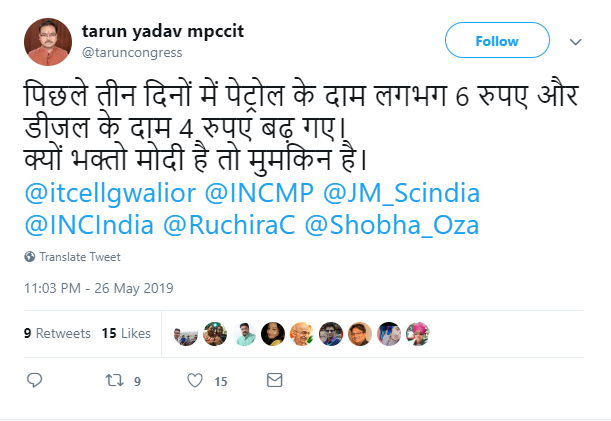 The claim can be proven completely false by looking up the prices of petrol and diesel for the past few days. The Economics Times report for 30th May shows a decrease in prices on an average of 6 and 7 paise. The reports for the past few days show the decrease and increase only in paise level and not rupee level and definitely not 4 and 6 rupees. No official reports have reported this sort of hike and it is just a deliberate attempt of trying to spread propaganda. 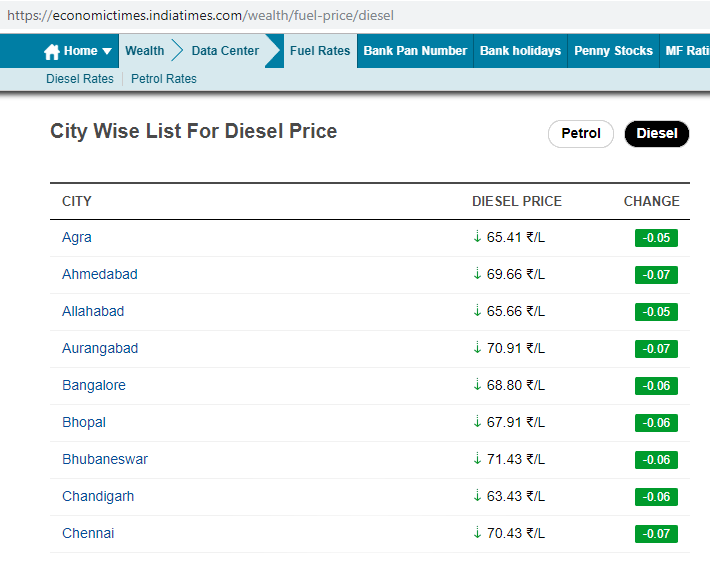 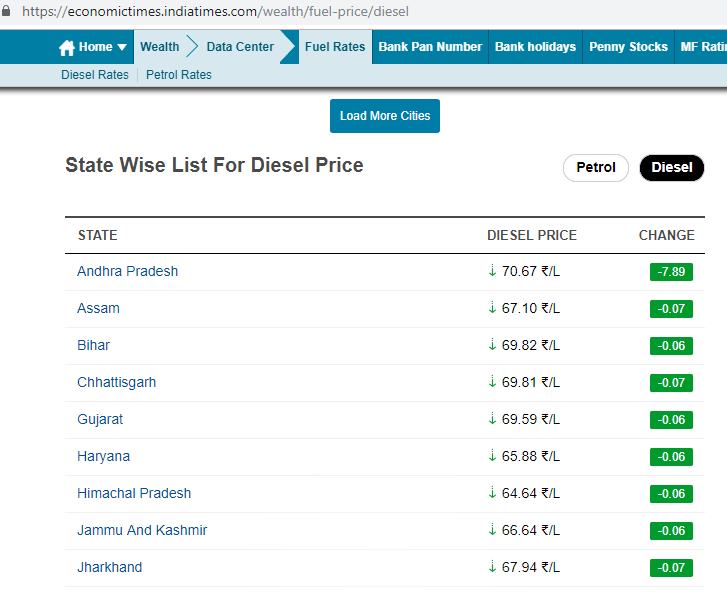 NDTV and few other news agencies have reported a hike in the petroleum and diesel prices after elections in paise value and not 4 and 6 rupees value.

In conclusion, the claim that petrol and diesel prices have increased by 4 and 6 rupees after Modi won his second term is absolutely fake. It is the type of news that can be proven fake with simple verification, however, people have spread it without confirming the authenticity of it.