BJP Candidates got the same number of votes on multiple seats- 211820: No, the viral post on EVM hacking is fake

The viral post claiming that many BJP candidates secured an identical number of 2,11,820 votes in multiple constituencies in Uttar Pradesh is false.

Despite the clarification from the election commission, the circulation of fake news about EVM hacking on social media continues. This time questions have been raised on EVMs through a viral post on the Facebook and Twitter that name of some candidates of Uttar Pradesh seats is showing similar votes for BJP candidates. A Facebook user Dinesh Balliram Patil posted on a Facebook group that BJP leaders Bhola Singh, Menaka Gandhi, Upendra Narsingh, Harish Dwivedi, Satyapal Singh, Sang Mitra Maurya, and Kunwar Bhartendra Singh got an identical number of votes i.e 211820. On all these seats winning margin was also the same since Congress also got the identical number of votes i.e 140295 on all these seats. He then went on to write that these votes were already fixed in the EVM. 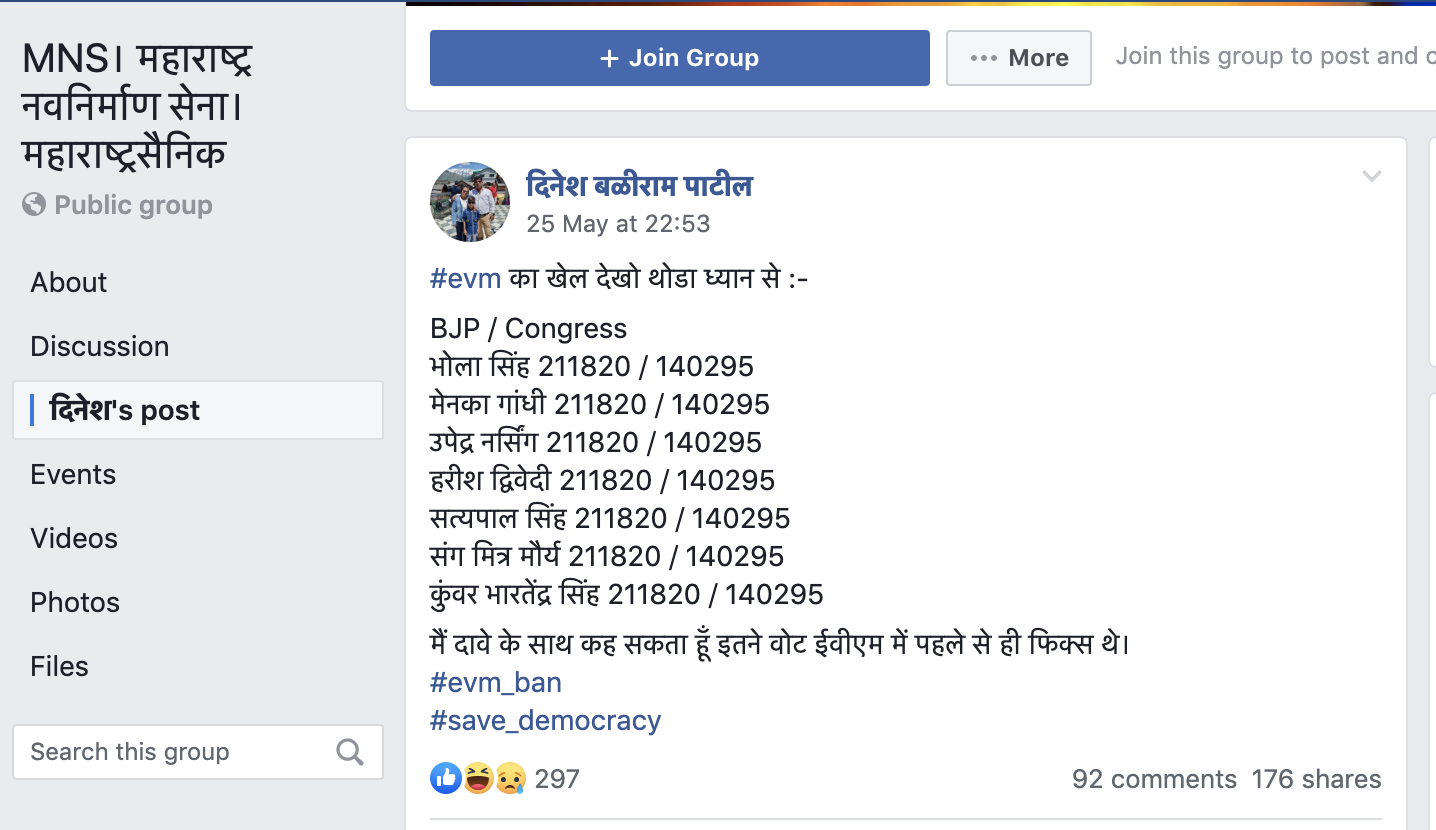 A similar post was also shared on tweeter a user name Zeeshan Khan with some screenshots who claimed that this is not possible without EVM settings. Zeeshan is a dedicated volunteer of Indian Nation Congress as per his Twitter bio.

You can see the pictures shared by him here: 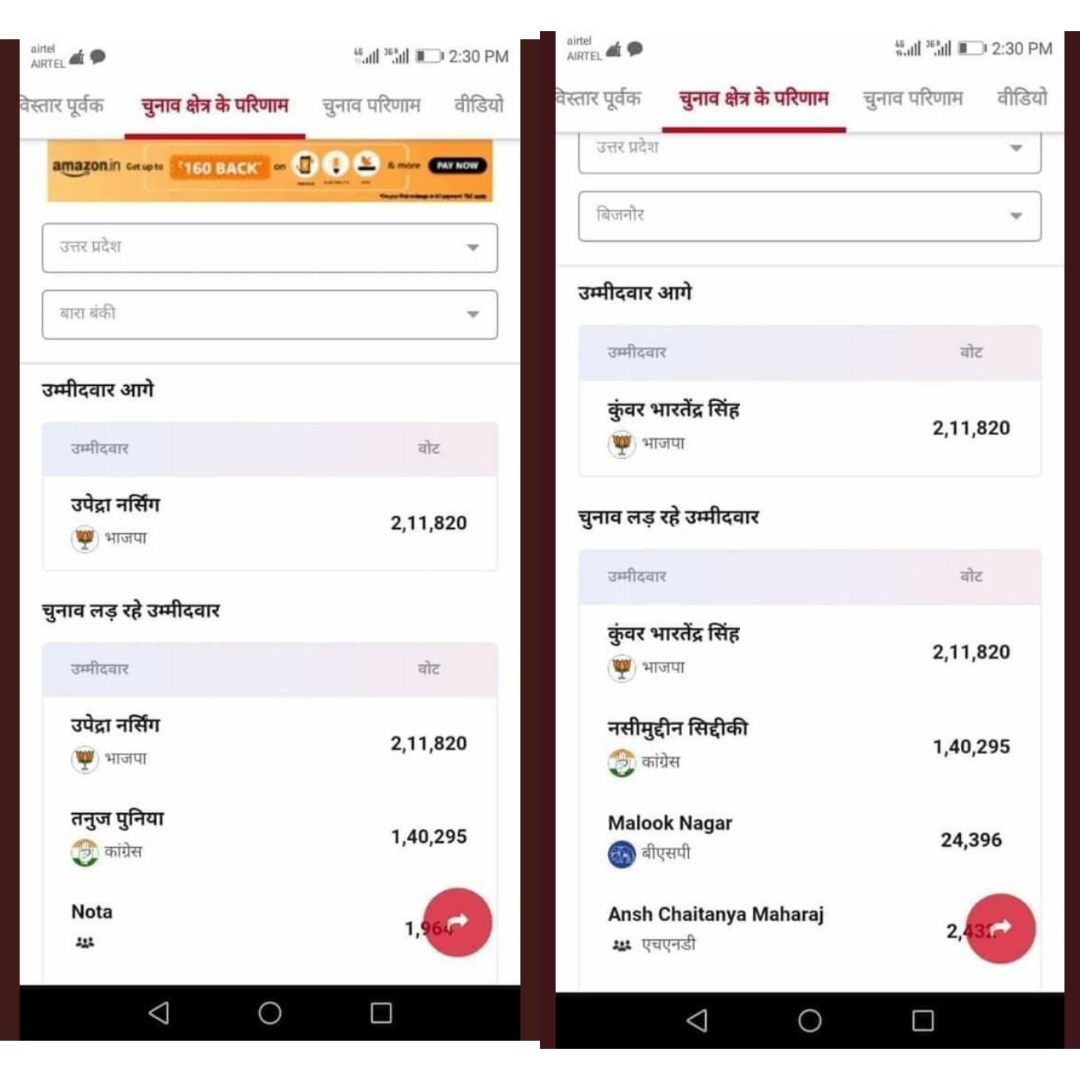 In order to know the truth of the post, we searched the votes received by these candidates the Election Commission's Result website. We found that BJP candidate Dr. Sanghamitra Maurya got 510343 EVM votes in Badayun seat, whereas, Dr. Satyapal Singh got 519631 votes from Baghpat, Virendra Singh got 464039 votes from Ballia, Upendra Singh Rawat got 535594 votes from Barabanki, Harish Chandra from Basti got 469214 votes, Raja Bharatendra Singh got 488061 votes from Bijnore, Bhola Singh got 677196 votes from Bulandshahr and Maneka Gandhi from Sultanpur got 458,281 votes. These figures are EVM votes, in which postal votes have not been added.

According to the Election Commission's website, the name of BJP candidate from Barabanki is Upendra Singh Rawat while in the screenshot his name is Upendra nursing.

Conclusion: The viral claim is false and it is clear that not only the figure of BJP's candidate's votes are different on these seats.