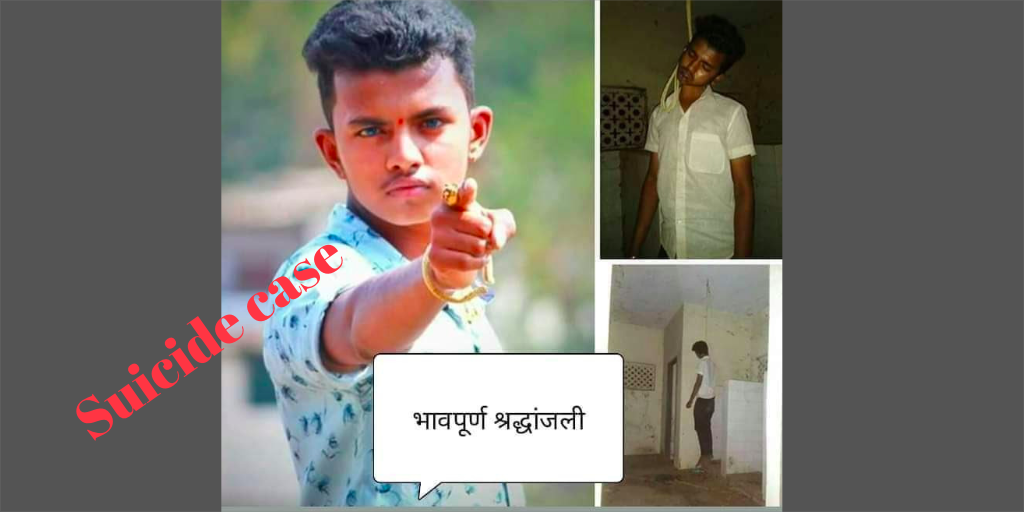 The claim that Shivu Uppar was murdered & hanged by cattle smugglers in Bagewadi Bus stand in Belagavi, Karnataka is false. The district police have clarified that the boy committed suicide after a fight with his father.

Bhartiya Janata Party MP from Udupi, Karnataka, Shobha Kandalaje took to Twitter claiming "Shivu Uppar, a 19Yr old boy was murdered & hanged in Bagewadi Bus stand in Belagavi. He was hacked to death just for protecting cows from the cow smugglers, that was the only mistake he did. I demand CM to deal this sternly & arrest the culprits.".  It has been shared 2 thousand times on tweeter. After that, she deleted her tweet but you can see the archived tweet here. 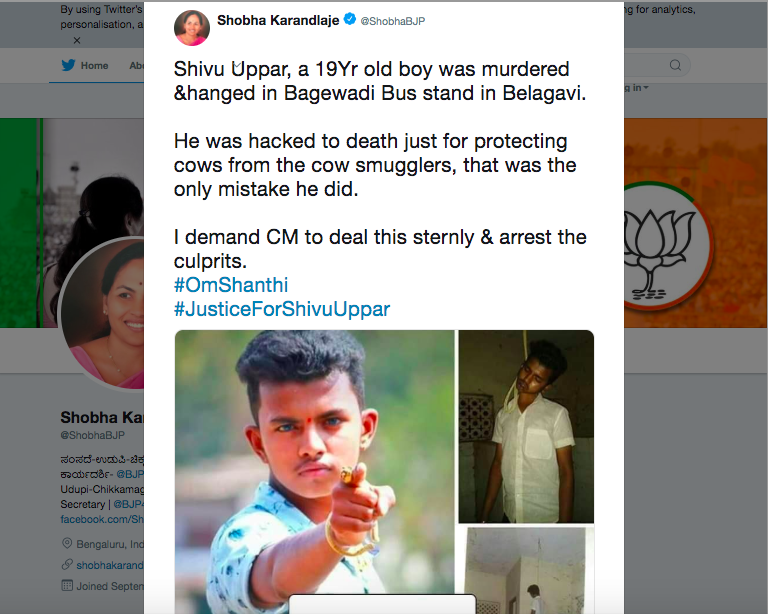 Another BJP leader CT Ravi took Twitter to demand an investigation into the incident and order an inquiry into this suspicious death. His tweet reads:

"Shivu Uppar, a 18 years young Activist was found dead by hanging in Belagavi, Karnataka. He was in the forefront to protect Cows from being smuggled and slaughtered. I demand @CMofKarnataka to order an inquiry into this suspicious death and take suitable action immediately." 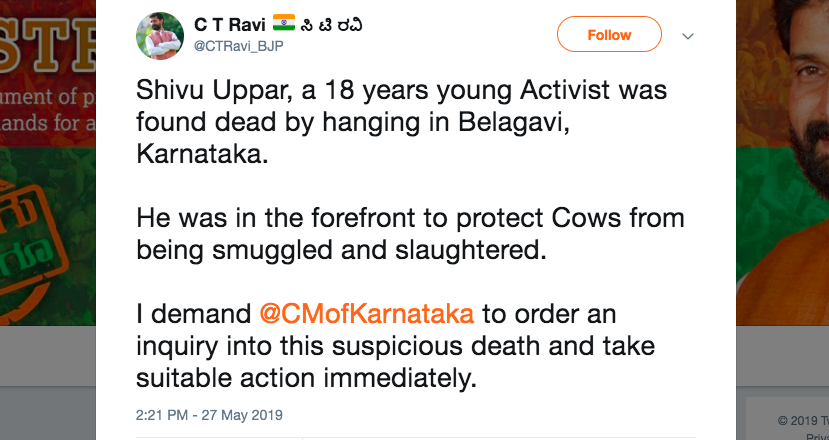 The photos are being shared on Facebook with various captions claiming Shivu Uppar was murdered by Cow smugglers.

Belagavi police commissioner Lokesh Kumar has confirmed that the police have not found any evidence to suggest that this was a case of murder. There were no injury marks found on the body. It was a case of suicide and it has been confirmed by Post-mortem as reported by TIO. He was in the Bajrang Dal earlier but his death has nothing to do with that.

Parents of Shivkumar visited Hirebagewadi police station and clarified it was a suicide. The parents also said they didn't have any doubts regarding his death and did not suspect anyone for his unnatural death. According to them, Shivkumar got annoyed after they asked him to concentrate on studies instead of getting involved in Gau Raksha activities.

Belagavi BJP MP Suresh Angadi also clarified on Twitter that postmortem report has confirmed that it was not a case of murder. He tweeted "Spoke to the commissioner of police Belagavi regarding the alleged murder of Shivu Uppar. The Post-mortem report confirms that it is not murder but it was a suicide. I request all the citizens not to forward the false news and trust our police in knowing the reason behind suicide". 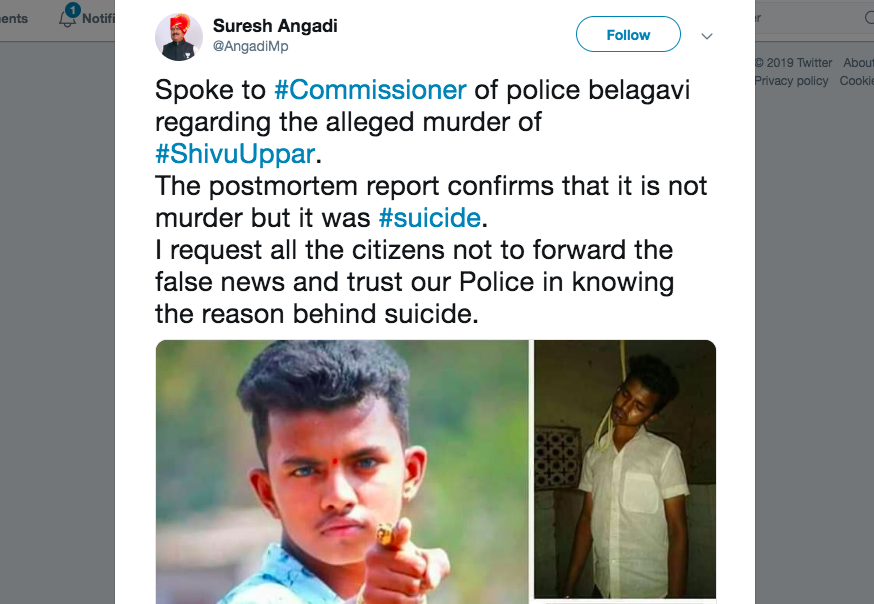 Shobha Kandalaje also deleted her tweet and issued an updated in this case. She tweeted "Sri @AngadiMp spoke to the commissioner & he was clarified that the alleged murder was a suicide as per the postmortem report".

The Belagavi police arrested two youths for spreading fake news and hate messages over a 19-years-old man's suicide in Karnataka's Gokak district based on the facebook posts and WhatsApp numbers that forwarded the fake news. They have been booked for spreading false messages and creating enmity between communities. The same has been reported by News18

Conclusion: The claim that Shivu Uppar was murdered & hanged by cattle smugglers in Bagewadi Bus stand in Belagavi, Karnataka is false. The district police have clarified that the boy committed suicide after a fight with his father.

Cattle Smuggling is a real issue which needs the attention of authorities. Gangs of smugglers enter villages at night, armed with guns and pistols, to kidnap cattle before fleeing away in trucks which they sell for slaughter. If faced resistance they are ready to kill anyone including police and kids. Several such cases have been reported in the past. You can read our detailed article on the topic here.