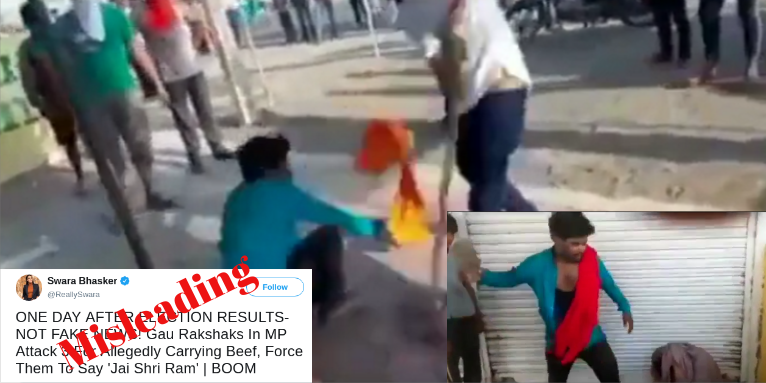 Swara Bhaskar and Dhruv Rathee spread misinformation about beef violence in MP. The incident happened a day before the election result but they made a shameful attempt to link the violence with Modi's victory in the Loksabha election.

"ONE DAY AFTER ELECTION RESULTS- NOT FAKE NEWS! Gau Rakshaks In MP Attack 3 For Allegedly Carrying Beef, Force Them To Say 'Jai Shri Ram'" tweeted Swara Bhaskar on 25th May. 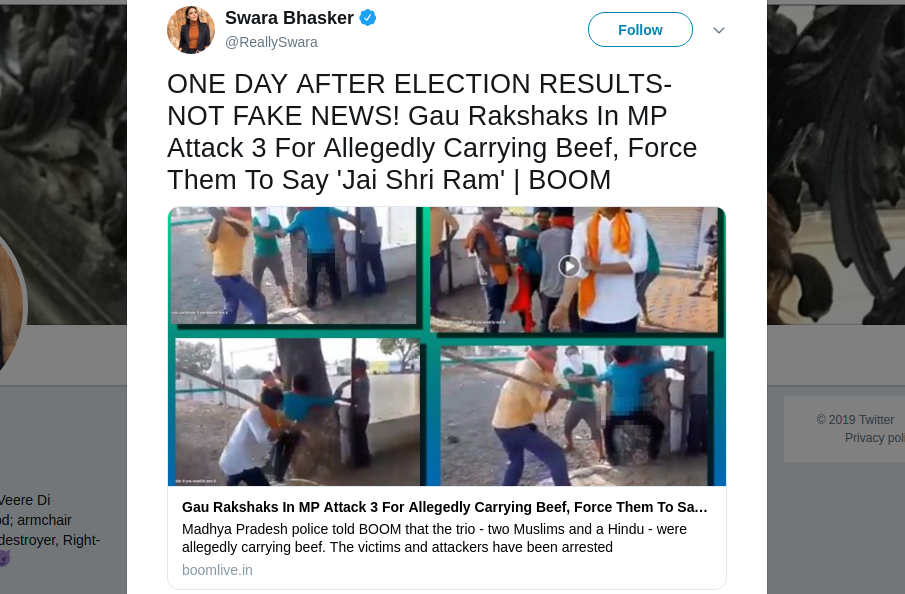 Before Swara Bhaskar, a Twitter user Rachna Dhingra had shared a video of the incident with a caption "A day after on all the talk on inclusiveness by @PMOIndia this is what happens in Seoni, MP. Muslim man being beaten on suspicion of carrying beef and then asked 2 thrash his wife & say Jai Shree Ram. Hoping @DGP_MP will take some action. Truly sad." 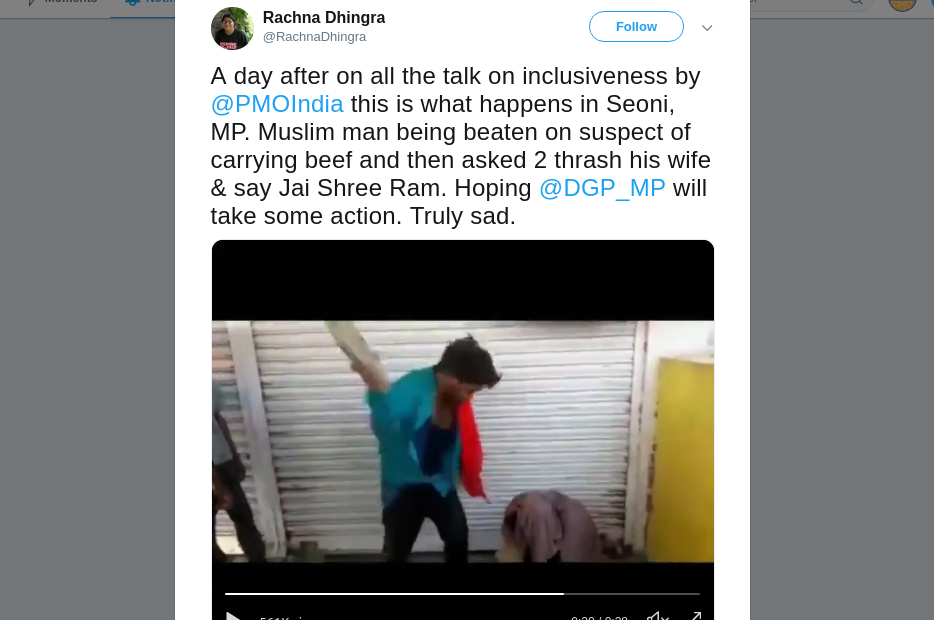 One of our readers had tagged us to verify the video. You can watch the video here:

In the video, attackers first hit the victim and then forced him to hit a woman accompanying them with slippers and chant Jai Shree Ram.

Another video is going viral on social media related to this incident in which the attackers pinned the victim (wearing Blue Shirt) against a pole and assaulting him with a wooden stick.

The video is real and the incident indeed happened in Madhya Pradesh but it happened a day before the election result i.e on 22nd May. Several media houses like The Wire has reported that three Muslim youth, including a woman, were beaten by gau rakshaks over rumours of carrying beef in Seoni, Madhya Pradesh. The has given reference to India Today to claim that all three persons were from the Muslim community but when we went through India Today's article we found that they haven't provided the religion of one Youth.

The self-proclaimed gau rakshaks had gotten a tip off that a Muslim couple and one other youth, who were travelling in an auto, were carrying beef in Seoni, Madhya Pradesh.

Boom Live has reported that one of the victims belongs to the Hindu community.

According to police, the incident occurred on May 22 on Mandla Road in Kanhiwada area under Dunda Seoni police station limits.

Police also said that the three people who were beaten up have been arrested as a possession as the sale of beef is illegal in Madhya Pradesh.

Seoni Superintendent of Police Lalit Shakyawar said an FIR has been registered against the five people under various sections of the Indian Penal Code (IPC) at Dunda Seoni police station, and all of them have been arrested.

Dunda Seoni police station in charge GS Uike said none of the victims sustained any serious injuries in the attack.

Conclusion: Swara Bhaskar's claim that the incident happened a day after the election result is false.

Refusal of Swara Bhaskar to admit her mistake

Even though we pointed out to Swara Bhaskar that the incident happened on 22nd and it has no connection with the election result, she failed to acknowledge her mistake.

Even after 48 hours, her misleading tweet is still live.

Dhruv Rathee who is a relentless purveyor of misinformation on social media tweeted:

26 May: Muslim youth beaten up in Gurgaon

27 May: Gau Rakshaks arrested for vandalizing dairy in Raipur 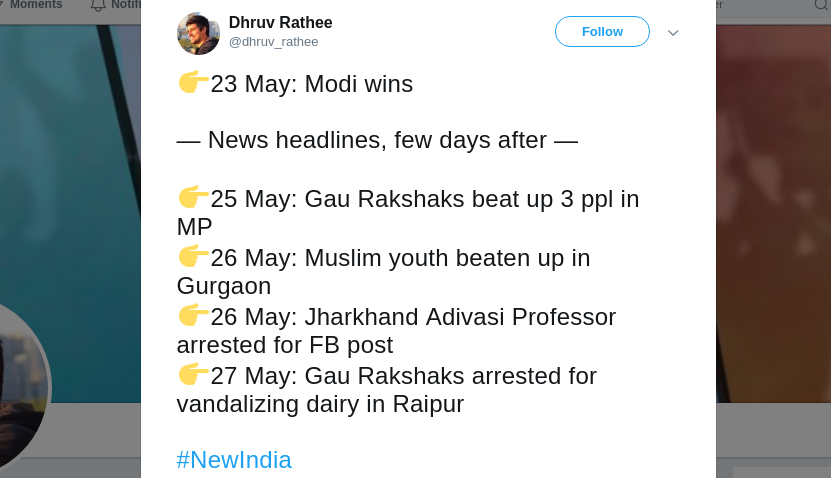 Even though Dhruv Rathee's tweet is directed towards news headlines after Modi's victory, it still gives the perception that the incident happened on 25th May.

Clearly, Dhruv Rathee's tweet is misleading which is equivalent to spreading fake news.

Yes, some incidents have happened against the minority community but there have been more political killings of BJP workers in Bengal and UP. Apart from this, dozens of Muslims and Dalits have been attacked for Voting PM Modi.

Swara Bhaskar and Dhruv Rathee both have ignored these cases and have cherry-picked incidents against the minority community to show their outrage.